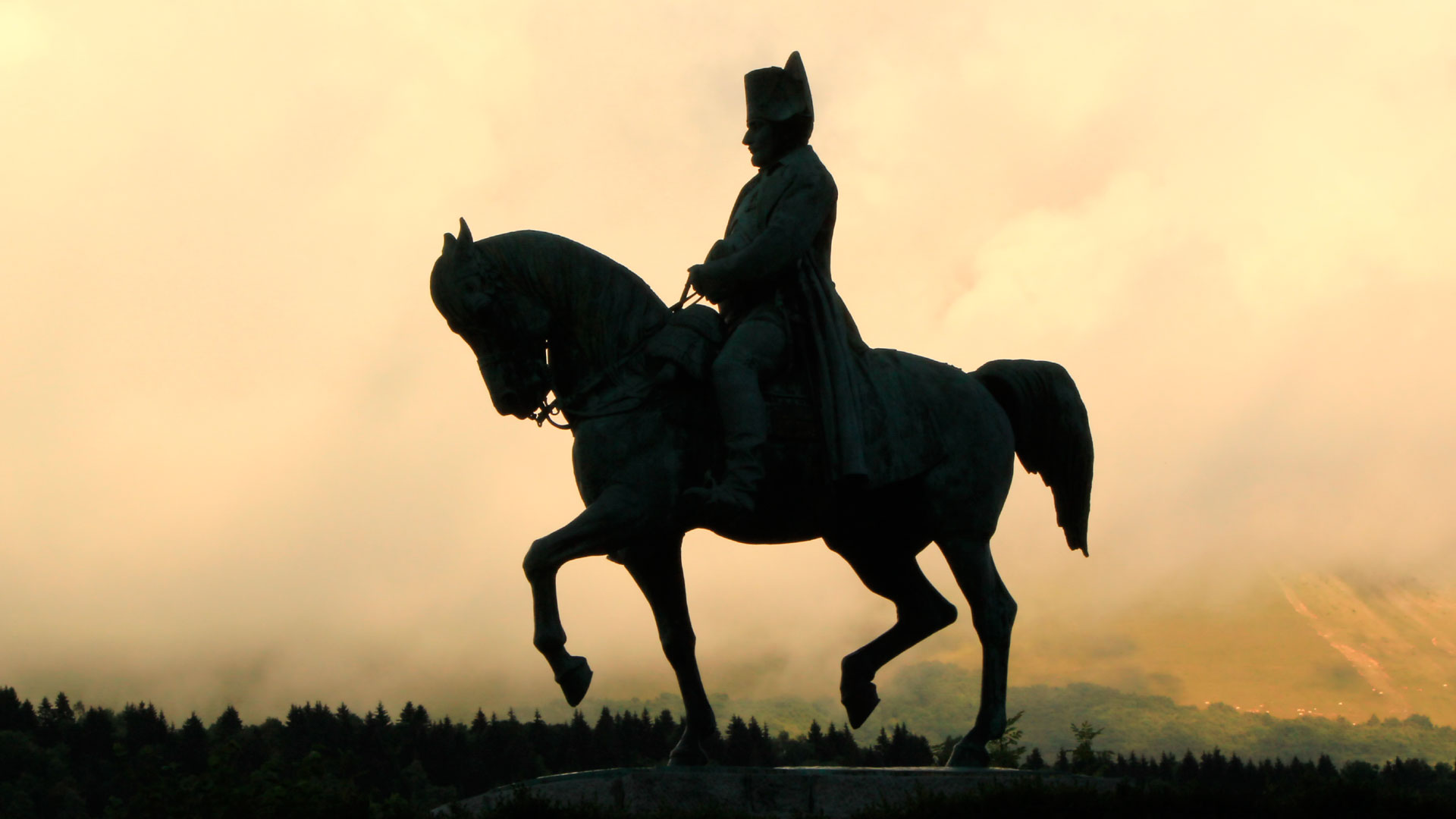 Napoleon’s Imperial Catechism was issued by the emperor in 1806; this translation is from Napoleon Bonaparte by J.M. Thompson.

Q.  What are the duties of Christians towards the princes who govern them, and what, in particular, are our duties towards Napoleon I, our Emperor?

A.  Christians owe to the princes who govern them, and we, in particular owe to Napoleon I, our Emperor, love, respect, obedience, loyalty, military service and the taxes ordered for the preservation and defence of the Empire and his throne: we also owe him fervent prayers for his safety and for the spiritual and temporal prosperity of the state.

Q.  Why are we bound in all these duties towards our Emperor?

A.  First, because God, who creates Empires and apportions them according to his will, has, by accumulating his gifts upon him, set him up as our sovereign, and made him the agent of his power, and his image on earth. So to honour and serve our Emperor is to honour and serve God himself. Secondly, because our Saviour Jesus Christ taught us both by example and precept what we owe to our sovereign: for he was born under obedience to Caesar Augustus, he paid the prescribed taxes, and in the same breath as he said ‘Render to God what belongs to God’, he said, ‘Render to Caesar what belongs to Caesar’.

Q.  Are there special reasons why we should be more deeply devoted to Napoleon I, our Emperor?

A.  Yes, there are: for it is he whom God raised up in difficult circumstances to re-establish the public worship of the holy religion of our ancestors, and to be its protector. It is he who restored and preserved public order by his profound and active wisdom; he defends the state by the strength of his arm; he has become the Lord’s Anointed by the consecration he received from the Sovereign Pontiff, the head of the Universal Church.

Q.  What ought one to think of those who are lacking in their duty towards our Emperor?

A.  According to the Apostle Saint Paul they would be resisting the order established by God himself, and rendering themselves worthy of eternal damnation.

Q.  Do our obligations towards our Emperor apply equally towards his legitimate successors in the order established by the Imperial constitu­tions?

A.  Yes, undoubtedly; for we read in Holy Scripture that God, by a supreme disposition of His will, and by His Providence, bestows his empires not only upon particular individuals, but also on families.