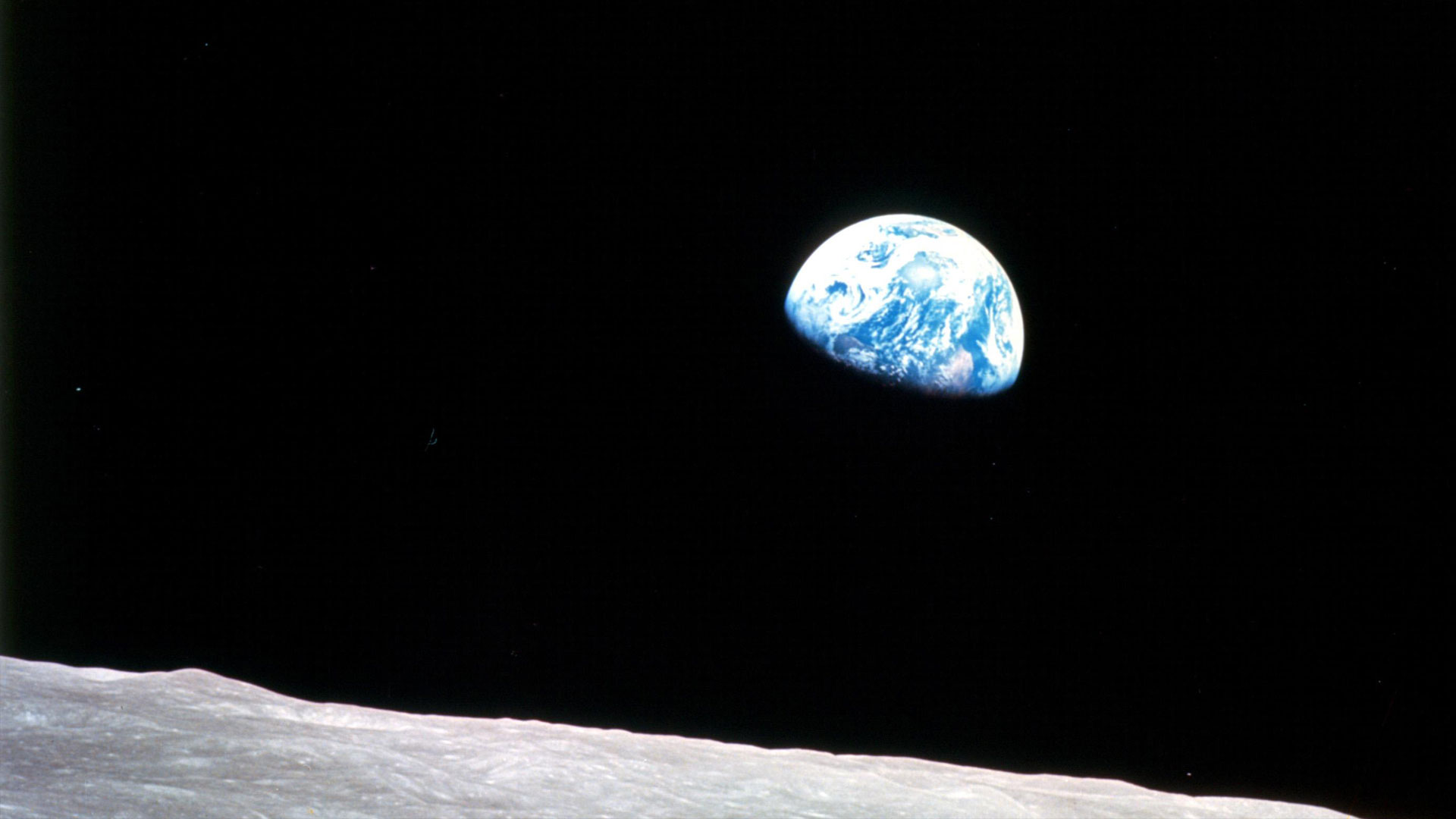 In 1992 the United Nations convened the first Earth Summit conference in Rio de Janeiro, Brazil. They recognized that ecosystem health is the foundation of human progress, so the agreements at that time concerned maintaining global biodiversity while promoting greater socio-economic development to support the growing human population. In the ensuing 20 years the problems have persisted, however, and we have learned even more concerning our dependence on natural systems for water, soil, food and energy.

UN delegates are returning to Rio in June 2012 for a follow-up conference billed as Rio+20. Will they find the answers that eluded them 20 years ago?

The road to Rio and the motivation for an Earth Summit in the 1990s began decades earlier with efforts to put a man on the moon. Along with showing us the boundlessness of technology, NASA’s Apollo program revealed something more profound than human innovation. A collective “Aha!” moment occurred in December 1968, when astronauts Frank Borman, James Lovell and William Anders became the first humans to see the far side of the moon. But even more significant was what they saw as they rounded the horizon.

There, suspended in the blackness, was the blue marble we call home. Those Earthrise photographs that pulled the curtain back on the reality of our habitable oasis, hanging free and alone in the void of space, were for many an unanticipated revelation. These were consciousness-changing images—mind-blowing, in the lingo of the ’60s. To see the earth, not a hollow globe in a library or as a companion to the family encyclopedia but the real thing suspended in space before our eyes, was something that challenged observers to deeper introspection regarding place, purpose and behavior.

For all its initial excitement, this planetary awareness has waxed and waned in the intervening years. As a species we are still not accustomed to the implications of life on a planet. Even astronauts are astounded by it. Nevertheless, that awakened sense of place inspired the first Earth Day celebrations, which have now become part of the international calendar. On the political front, new environmental protections followed the popular will for better care of the environment. In Europe the Green movement took root. And in the United States, pioneering clean air and water laws as well as environmental-protection legislation were rolled out.

Although these laws remain in effect today, they generate hot debate over how much restriction is appropriate. Seeking a balance between business and manufacturing interests that require resources (whose extraction, manipulation and by-products exact a physical toll on the environment) and the interests of those who desire to protect and conserve the environment is an ongoing and now global battle.

From Local to Global

The legislator-lobbyist-ecologist dynamic creates an especially interesting situation as we find that local interests are increasingly tied to global conditions. “The historical precondition for the rise of a global movement is that the earth itself has become the locus of danger and opportunity,” writes physicist Paul Raskin, founder and president of the Tellus Institute, which strives to outline global scenarios for sustainable development.

He suggests that we have reached the “planetary phase of history” where we collectively begin to understand the convergence of human and natural capital; that is, the inescapable and growing link between what we humans do and the well-being of our planet and all its life forms.

This is something new, a mostly unanticipated product of flattening the world, and it arises from two sets of connections: first, the growing interdependence of international business, finance and global supply chains; and second, the ecological imperative to accept that there is a relationship between consumer economies and resource exploitation, feedstock requirements and manufacturing by-products. Beyond protecting personal achievements, corporate profits or national interests, leaders must now also contend with ecosystem pushback. We have begun to learn that human progress and prosperity are not only about human ingenuity, politics and economics; they are also tied to planetary stewardship.

Beginning in the late 1980s, 20 years after that first Earthrise photograph, NASA initiated its Earth Systems Science program to advance our understanding of the interconnected feedback systems of the planet. Spacecraft orbiting the earth today don’t just provide us with our myriad systems of communication, television programming and GPS (or sat nav); they observe global temperatures, wind patterns and ocean currents. Networks of deep sea instruments, temperature probes and ocean buoys along with land-based sensors collect and upload data to satellite links as well. Of great practical value has been the application of this knowledge not only for real-time entertainment and travel but for improving resource discovery and weather prediction, including tornado, hurricane and tsunami events.

Beyond these uses, NASA’s global observation program was designed to provide greater insights into our impact on the earth’s systems. “The people of the Earth are no longer simple spectators to the drama of Earth evolution,” said the agency’s overview statement, “but have become active participants on a worldwide scale, contributing to processes of global change that will significantly alter our habitat within a few human generations.”

It is from this growing knowledge base that the UN’s Montreal Protocol (which initiated a worldwide ban on ozone-damaging CFC chemicals in 1990) and the IPCC climate document (which first began to compile climate change scenarios in a systematic way in 1991) became possible. Continuing from that base, the 1992 Earth Summit in Rio sought to integrate environment and development concerns with the aim of improving the living standards of all people and laying “a foundation for a global partnership between the developing and the more industrialized countries, based on mutual needs and common interests, that would ensure a healthy future for the planet.”

Former U.S. Ambassador Richard Gardner noted in his recounting of the conference, titled Negotiating Survival, that even though “lowest common denominator diplomacy can be extremely frustrating,” the 1992 Rio event “launched the world into a new era of eco-diplomacy, eco-negotiation and eco-lawmaking.” The result was five basic sets of agreements that have played out to greater or lesser success over the last 20 years. Two of these were conventions, legally binding contracts concerning climate change and biodiversity. The others, the Rio Declaration on Environment and Development, the Statement of Forest Principles, and Agenda 21, proposed a global course for sustainable development into the 21st century (thus, Agenda “21”).

In another follow-on to the Rio conference, the Millennium Development Goals laid out a plan for global partnership in improving the lives of the world’s poorest billions. The Rio+20 summit in 2012 carries that theme forward. “The official discussions,” UN materials note, “will focus on two main themes: how to build a green economy to achieve sustainable development and lift people out of poverty; and how to improve international coordination for sustainable development. It is a historic opportunity to define pathways to a sustainable future—a future with more jobs, more clean energy, greater security and a decent standard of living for all.”

“In 2012, ‘Rio+20’ will re-assemble [the nations that met 20 years ago]. Its agenda must begin from a recognition that none of the commitments has been fulfilled. Indeed, since 1992 this nexus of problems has worsened.”

But the task is daunting, and every year it grows larger. When one examines the global statistics concerning population growth, resource use, and what we have gained and lost in the last 20 years, it is clear that simple agreements, however sincere, have had little positive effect on the world’s poorest.

Science and technology have given us an amazing window into the physical functioning of the earth. Yet even when we understand the various natural gears that turn within the biosphere, this is but one step in a long journey. Just as the reflection of the sky in the surface waters of a wide, deep river gives no clue as to currents that swirl beneath, so there are important and unseen factors at work here. Attempting to meld a new environmental ethic with old economic thinking driven by political expedience will not take us to some new ground. It will leave us awash midstream.

“Twenty-first century crises are brewing in a world of lingering twentieth-century ideas and behaviors,” warns Raskin of the Tellus Institute. “Contemporary economic, political, and cultural institutions are ill-suited for addressing the destabilizing environmental, security, and social tensions that they have created.”

Raskin calls his various scenarios of how the future might unfold “world lines.” He explains, “In physics, the world line tracks an object’s path through space and time; by contrast, the term is used here in the plural and with a double meaning: our concern is with the multiple world lines of the world itself. Unlike the inanimate bodies of physics, the global system is a subject, as well as an object, where the plausibility, even the possibility, of different world lines will depend on the choices of human actors” (emphasis added).

The possible paths he outlines run from his best hope—building a bridge to a future world of harmony spurred on by all people embracing a one-world citizenship (a vision similar to the UN’s efforts but based on a grassroots, bottom-up metric that Tellus calls “The Widening Circle”)—to a less rosy picture: horrific barbarization where the few rich insulate themselves against the masses in the ultimate dystopian “fortress world.” Raskin concludes, “The path actually taken will rest with the reflexivity of human consciousness: our capacity to think critically about why we think what we do—and then to think and act differently.”

“We have a choice between a blessing and a curse: either we live in harmony with each other and the planet, or we destroy each other and—perhaps—life on the planet. Let us choose life.”

To think and act differently is the key. But because human decision making is driven not only by physical or surface interests but also by deeper spiritual factors, seeing the correct path forward without a guide is futile. As Scripture points out, the human mind cannot fill this void unaided: “There is a way that seems right to a man, but its end is the way of death” (Proverbs 14:12; 16:25); and “When people do not accept divine guidance, they run wild” (Proverbs 29:18, New Living Translation). World lines that portray a viable future without spiritual insight will fail.

Deeper issues of justice and peace, mercy and forgiveness must become the drivers of all our relationships, and these do not happen by reflex. It is the law of God, which facilitates right relationships on all levels—human, ecological, and with the Creator—that must entirely obliterate the human tendencies that no convention or human agreement alone can ever solve: competition, neglect, greed and selfishness. It is a choice, not a reflex, to accept that law and live by it.

As they passed over the magnificent desolation of the moon’s stark landscape, Apollo 8’s crew read Genesis 1:1–10. Their broadcast underscored a humbling point; we live in a unique and beautiful place, a place we can take no credit for producing but must take the responsibility for maintaining. Unfortunately the tools needed to meet this obligation are not found within us individually, nor within our institutions. But they remain easily at hand and can be put to use at any time.