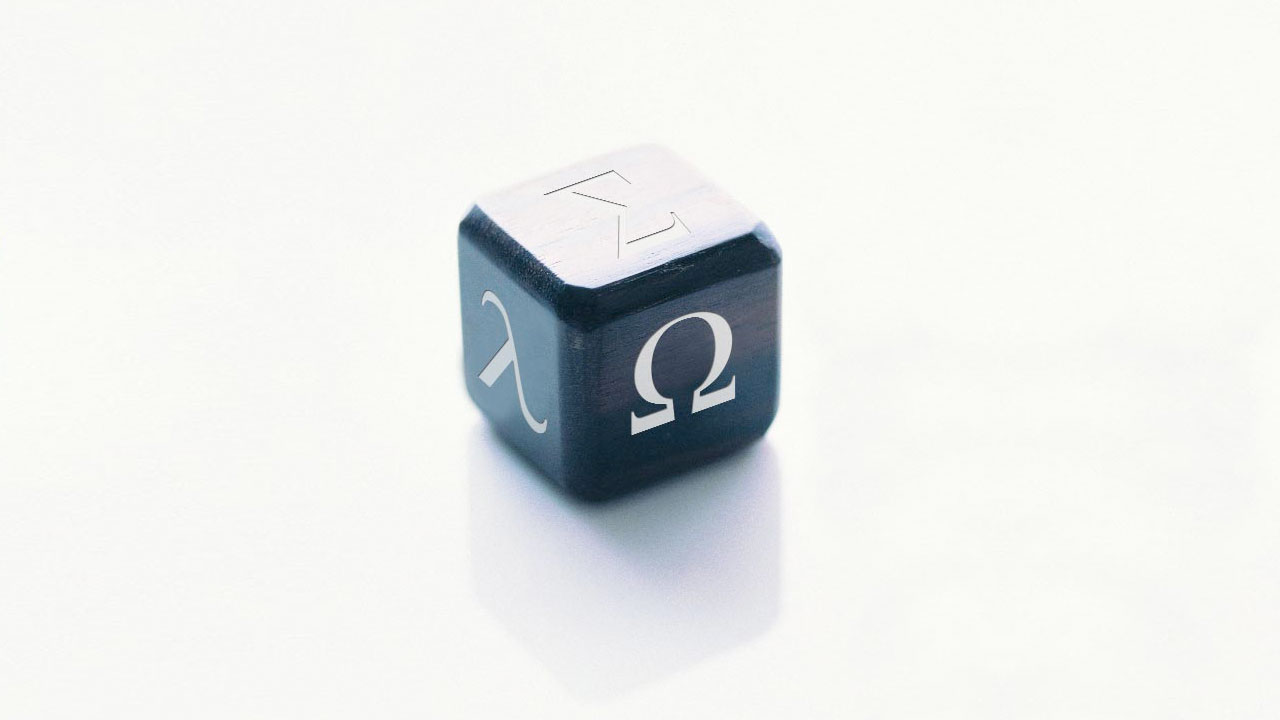 Is human life the result of many coincidences and random chance? Or is it instead the fine-tuning of the laws that govern it which have led to our existence? And if this is the case, what is the origin of this fine-tuning?

These questions may sound religious in tone, questions people might ask if they were struggling to reconcile their a priori belief in a divine creation with modern scientific discovery. Yet it is these very questions that Sir Martin J. Rees, Astronomer Royal and Royal Society Research Professor at Cambridge University, asks in his 1999 book, Just Six Numbers: The Deep Forces That Shape the Universe. He asks not from a religious viewpoint but from the perspective of a scientist amazed at the level of organization in the universe and at the same time baffled as to the cause of this order.

He considers six “cosmic numbers” that have determined the way the universe is today. According to Rees, these numbers govern the shape, size and texture of the universe and would have been defined during the big bang. His astonishing conclusion, based on the scientific evidence available, is that these six numbers appear to be unerringly tuned for the emergence of life. That is to say, if any one of them were much different, we simply could not exist.

The first of these numbers, represented in Rees’s book by the letter N, is the ratio of the strength of the electrical force to the gravitational force. Rees states that if this number were just slightly smaller, stars would have much reduced life cycles: the balance between the gravitational forces pulling stars together and the electrical forces stopping them from collapsing is closely related to the longevity of stars. Without this fine balance we could not expect planets like Earth to have had time to develop. Even the most optimistic of evolutionary theories maintains that life can only arise after a vast amount of time. Without a stable sun to orbit around, the existence of Earth, or life on it, would be highly improbable.

Rees’s second number, ε (epsilon), defines how strongly atomic nuclei bind together. This factor governs the power output from stars and affects the type and abundance of elements that are produced within them. If this number were just slightly different, the chemical abundance in the universe would be radically altered, preventing the existence of the type of life we see on Earth.

The third number, Ω (omega), measures the amount of material in the universe. If this number had been too high, the universe would have collapsed upon itself long ago, all the matter in the universe being drawn back into a single point—a “big crunch.” If it had been too low, stars and galaxies would never have formed. What matter there is would have been scattered thinly across the depths of space. Yet what Rees found is that the initial expansion speed of the universe and the amount of material within it appear to have been finely tuned to promote a long-lived and stable universe suitable for the development and sustaining of life.

His fourth number, λ (lambda), has only resurfaced in scientific thought within the last few years. It relates to an assumed antigravity effect that modifies the rate of expansion of the universe to explain recent astronomical observations. Einstein initially calculated such a force into his general theory of relativity to predict a stable universe, but he later reckoned that the addition of this “cosmological constant” was the biggest mistake of his life. Ironically, many cosmologists now think he may have been right after all. Rees points out that, fortunately for us, the value of the number is extremely small. If it were not, it would have stopped galaxies and stars from forming and, once again, we would not exist.

The fifth number, represented by the letter Q, relates to the degree of structure in the universe. This number, too, seems to have been imprinted into the early universe in the big bang, and it, too, appears to be carefully balanced to allow life to exist. If this number were only slightly smaller, the universe would be inert and would lack structure. A little larger, and the universe would be too violent for stars or solar systems to survive. Instead, it would be dominated by vast black holes.

The sixth number, represented by the letter D, is a simple one that has been known for centuries. It is the number of spatial dimensions we live in and is equal to three: height, width and depth. If the universe we lived in had four spatial dimensions, many of the laws of nature would have to be rewritten. Life in the forms we know it just could not have originated.

All six numbers, which relate only to cosmology and not to any of the other physical sciences that have a bearing on the existence of human life, appear to be perfectly tuned for just that purpose. That the fine-tuning is present is undisputed by the scientific world in general. But is this just coincidence, or is it divine providence or something else altogether?

That the fine-tuning is present is undisputed by the scientific world in general. But is this just coincidence, or is it divine providence or something else altogether?

Rees uses the metaphor of Canadian philosopher John Leslie in considering this apparent perfection in the universe: “Suppose you are facing a firing squad. Fifty marksmen take aim, but they all miss. If they hadn’t all missed, you wouldn’t have survived to ponder the matter. But you wouldn’t just leave it at that—you’d still be baffled, and would seek some further reason for your good fortune.”

Unwilling to turn to religion for an explanation of this “cosmic tuning” phenomenon, Rees hypothesizes that a “multiverse” exists—that there are a vast number of universes within which these values may be slightly different. He argues that most of these universes would be sterile, and that just a few, like our own, would be just right for life to exist. However, these user-friendly universes are beyond any kind of direct experiment or measurement by us in our own hospitable universe.

In the closing pages of his book, the Astronomer Royal concedes that science cannot explain this fine-tuning. The reasons for it lie beyond anything within our universe and therefore beyond anything we can ever measure.

In the closing pages of his book, the Astronomer Royal concedes that science cannot explain this fine-tuning.

Rees acknowledges, albeit reluctantly, the principles of scientific reasoning: he observes that “any good scientific theory must be vulnerable to being refuted.” However, his own “multiverse” explanation describes the untestable and immeasurable. Is it therefore a bad theory? One could reason that any theory that allows all possibilities to be true can justify the existence of anything, however improbable. Surely the conjecture that divine providence, in tuning the universe so that human life can exist, is just as valid a scientific proposition—though likewise it cannot be subject to scientific validation.

Rees ends his book with typically British understatement of the remarkable. He asks, “Should we seek other reasons for the providential values of our six numbers?” These “providential” values, which make our very lives possible, were accurately tuned and in existence from the very beginning of the universe. This scientific fact is astonishing in itself.

While we ponder the reason behind this fine-tuning, and thereby the reason for the universe itself, perhaps it would be wise to take into consideration the following: The apostle Paul, writing to the early New Testament church at Rome nearly 2,000 years ago, stated that “what is known about God is plain to them, since God has made it plain to them. For ever since the creation of the universe his invisible qualities—both his eternal power and his divine nature—have been clearly seen, because they can be understood from what he has made. Therefore, they have no excuse; because, although they know who God is, they do not glorify him as God or thank him. On the contrary, they have become futile in their thinking; and their undiscerning hearts have become darkened” (Romans 1:19–21, Jewish New Testament).