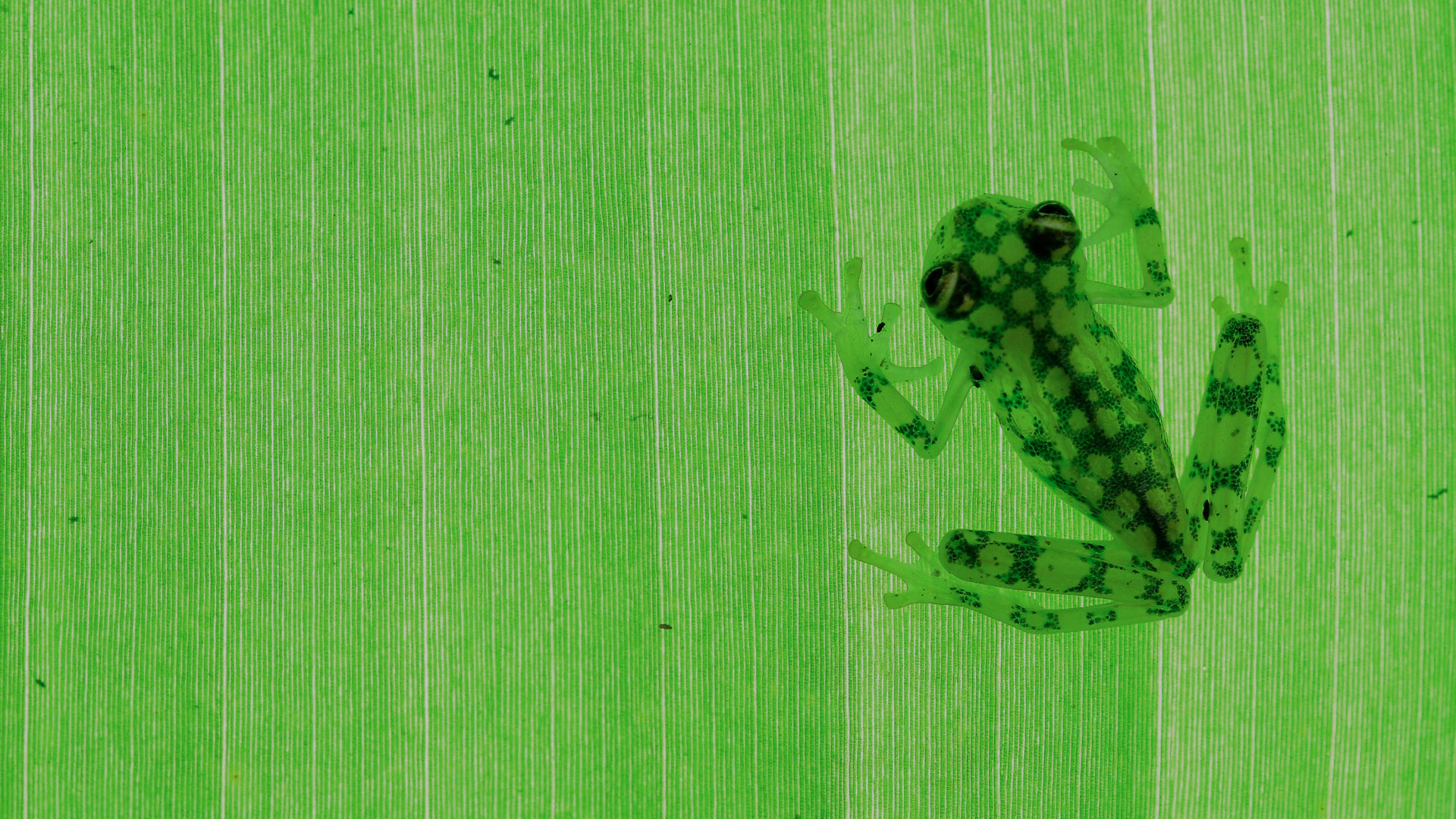 As you read this article, you are unconsciously engaged in a marvelous process. Photons of light reflecting off the page pass through the cornea of your eye. These small packets of energy focused by the lens onto the retina at the back of the eye trigger a complex series of chemical reactions in the rods and cones that make up the retina, which in turn send electrical impulses to the brain. The brain translates these impulses into a mental picture, enabling you to see the shapes of letters and words—words that convey ideas and concepts. The author’s thoughts have thus been transmitted from his mind to yours.

The process involved in our ability to see is one of many discussed by biochemist Michael J. Behe in his 1996 book, Darwin’s Black Box: The Biochemical Challenge to Evolution. For nearly 150 years, scientific thought has been dominated by the philosophy of evolution. The belief that all the wondrous diversity of life can be accounted for by purely naturalistic mechanisms has progressed from eager acceptance on the part of many in the late 19th century to a rigid dogma in the 20th. It isn’t that the theory of evolution hasn’t been challenged repeatedly, but most of the challenges have come from religionists, whose fundamental belief in a God with supernatural power is rejected by many scientists as unscientific. Behe’s arguments, however, cannot be so easily dismissed.

Behe explains that before the development of the microscope, it was possible to see only the large-scale anatomy of living creatures, but because how it all worked wasn’t known, the whole organism was in effect a black box: “a device that does something, but whose inner workings are mysterious—sometimes because the workings can’t be seen, and sometimes because they just aren’t comprehensible.” The microscope revealed that all organisms were composed of cells, but the cell itself was still a black box. Later, electron microscopes enabled scientists to see subcellular structures, but how they functioned was still a mystery. Now X-ray crystallography and other techniques allow scientists to determine the position of each atom within a molecule.

Behe contends that the arguments for evolution are faulty because they are based on generalizations rather than on a precise understanding of the true nature of life at the biochemical level. “Many people,” he says, “have followed Darwin in proposing that huge changes can be broken down into plausible, small steps over great periods of time. Persuasive evidence to support that position, however, has not been forthcoming.” He adds, “Biochemistry has pushed Darwin’s theory to the limit. It has done so by opening the ultimate black box, the cell, thereby making possible our understanding of how life works. It is the astonishing complexity of subcellular organic structures that has forced the question, ‘How could all this have evolved?’”

Behe uses the term irreducible complexity to describe his fundamental argument against Darwin’s theory of evolution. He explains that Darwin himself, in The Origin of Species, pointed out one way in which the theory could be negated: “If it could be demonstrated that any complex organ existed, which could not possibly have been formed by numerous, successive, slight modifications,” Darwin wrote, “my theory would absolutely break down.”

Behe defines irreducible complexity as “a single system composed of several well-matched, interacting parts that contribute to the basic function, wherein the removal of any one of the parts causes the system to effectively cease functioning.” He uses a mousetrap as an example of such a system. It is composed of only five parts and a few staples; however, each part must be there for the mousetrap to work. Not only do all the parts have to be there, but they have to be of the proper size and placement and must have individual properties that make them suitable to fulfill their function within the system: the spring has to be capable of closing the hammer with sufficient force to kill a mouse, and the base must be rigid enough to hold the hammer in place once the trap has been set.

This is exactly the circumstance that Darwin admitted would cause his theory to “absolutely break down.”

If an irreducibly complex system doesn’t have all its parts, it will not function. If the system doesn’t function, it provides no advantage to the organism, and in many cases, the organism could not survive. Therefore all the parts would have to come into existence at the same time. This means such a system could not be formed by “numerous, successive, slight modifications.” This is exactly the circumstance that Darwin admitted would cause his theory to “absolutely break down.”

Behe notes that “many students learn from textbooks how to view the world through an evolutionary lens. However, they do not learn how Darwinian evolution might have produced any of the remarkably intricate biochemical systems that those texts describe.”

All of this leads a person “who does not feel obliged to restrict his search to unintelligent causes [to] the straightforward conclusion . . . that many biological systems were designed. They were designed not by the laws of nature, not by chance and necessity; rather they were planned. . . . Life on earth at its most fundamental level, in its most critical components, is the product of intelligent activity. The conclusion of intelligent design flows naturally from the data itself—not from sacred books or sectarian beliefs.”

“The conclusion of intelligent design flows naturally from the data itself—not from sacred books or sectarian beliefs.”

But what constitutes design? According to Behe, “design is evident when a number of separate, interacting components are ordered in such a way as to accomplish a function beyond the individual components.” As William Paley explained in 1802 in Natural Theology, if we stumble across a watch in a field, we know the watch had a designer and a maker because all of its parts are precisely formed to work together for a purpose: to keep time. The same is true of the inner workings of a cell; however, a cell is vastly more complicated and composed of vastly more parts, all working together to sustain and replicate life.

In the concluding pages of his book, Behe bemoans the scientific community’s response to the evidence of design in the complexity of the cell and its biochemical systems: “The result of these cumulative efforts to investigate the cell—to investigate life at the molecular level—is a loud, clear, piercing cry of ‘design!’ The result is so unambiguous and so significant that it must be ranked as one of the greatest achievements in the history of science. . . . Why does the scientific community not greedily embrace its startling discovery? . . . The dilemma is that while one side of the elephant is labeled intelligent design, the other side might be labeled God.”

The conclusions drawn by Behe are supported by another work, The Design Inference: Eliminating Chance Through Small Probabilities, by William A. Dembski (1998).

The inference is based on what Dembski, associate research professor in the conceptual foundations of science at Baylor University, calls the Law of Small Probability. It states that events that have a small probability of occurring do not occur by chance. Dembski presents the example of an election official whose political rivals sued him because, supposedly by mere chance, he had picked his political party’s name to appear on the top ballot line (a preferable place) 40 out of 41 times. With the probability of this occurring by chance being less than 1 in 50 billion, the court stated that “few persons of reason will accept the explanation of blind chance.”

Having a sound basis for eliminating chance as an explanation for an event is important in a number of fields, such as intellectual property protection, criminal investigation, detection of false data in scientific studies, and cryptography. It is also a key argument in the creation-evolution debate.

Behe and Dembski point out that the inference of intelligent design drawn from the factual evidence of the physical universe doesn’t identify a particular designer. However, the Designer of mankind has not left His creation without a revelation of His existence and identity.

Nearly 2,000 years ago, the apostle Paul came to the same conclusion: “For the wrath of God is revealed from heaven against [those] who suppress the truth in unrighteousness, because what may be known of God is manifest in them, for God has shown it to them. For since the creation of the world His invisible attributes are clearly seen, being understood by the things that are made” (Romans 1:18–20).

King David of ancient Israel wrote, “When I consider Your heavens, the work of Your fingers, the moon and the stars, which You have ordained, what is man that You are mindful of him?” and “I will praise You, for I am fearfully and wonderfully made; marvelous are Your works” (Psalm 8:3–4 and 139:14).

The photons of light hitting our eyes as we look up into the night sky have traveled vast distances before reaching us. Those photons initiate an irreducibly complex biochemical reaction resulting in physical sight. But the sight of the eyes is nothing compared with the inner vision of the mind. Can the awesomeness of the universe and the complexity of life bring us to consider God’s greatness as it did King David?