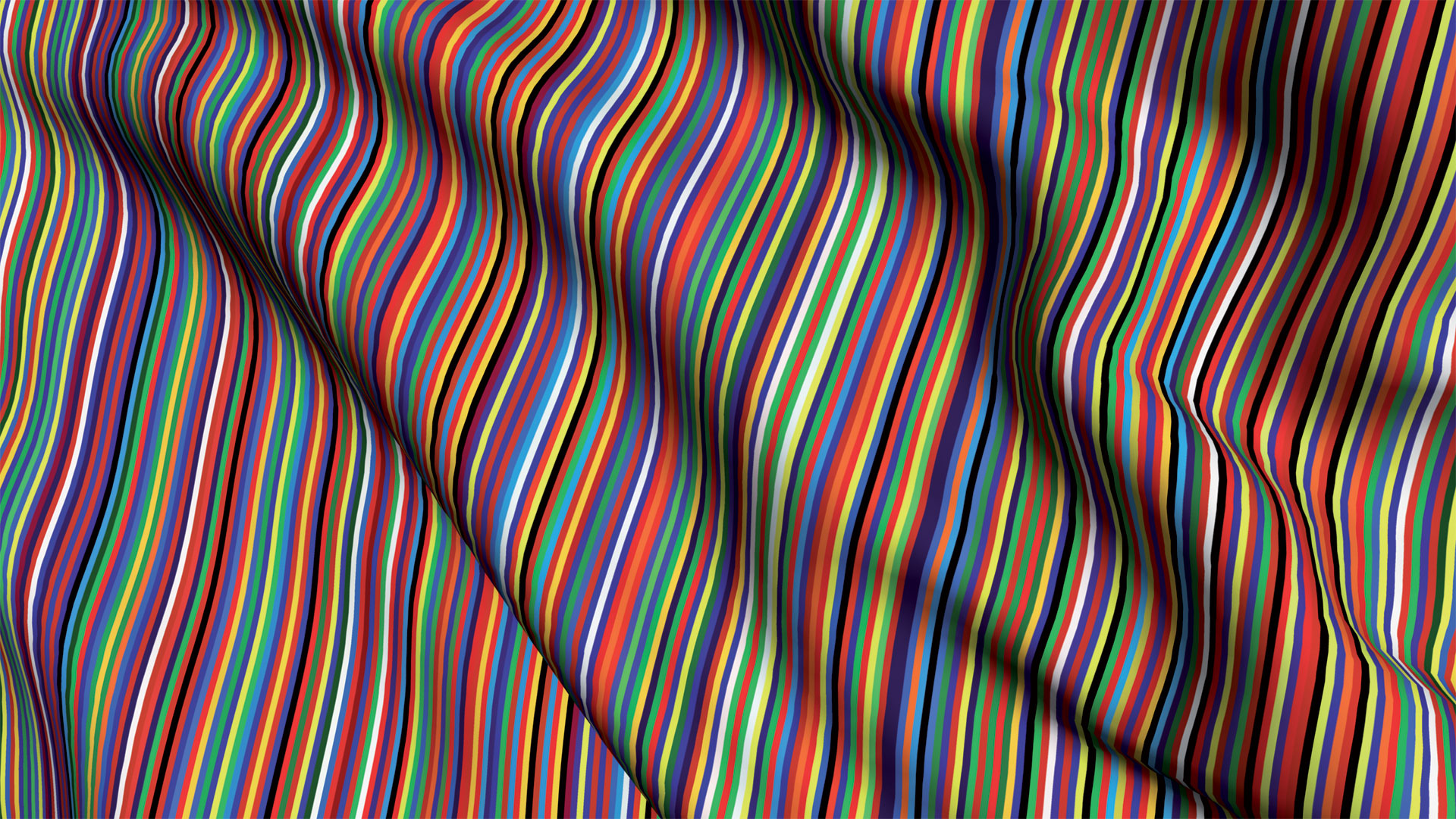 Humankind desperately wants peace. One of the most tantalizing and promising ways to achieve this age-old objective is to establish global governance. Today, perhaps more than at any other time in human history, we may be approaching the realm of worldwide cooperative governance.

There are spoilers, of course, including Russia with its belligerent attitude toward the West, Iran and North Korea each involved in a nuclear impasse, Sudan and its resistance to resolving the international crisis of Darfur, and the international impact of al-Qaeda and the Taliban. These impediments aside, many societies are—through technology—employing flat, integrated models of management that seem ideally suited to the purpose of such global governance. The European Union provides a pertinent example. Could this signal the first light of dawn in a new age of peace and prosperity?

Many efforts at securing peace through broad international cooperation have failed, including those of the League of Nations and its successor, the United Nations. More recently, both the United States and certain Islamic factions have tried to force their own solutions. Under the Bush Doctrine, the U.S. attempted to export democracy (even forcibly), believing that a democratized world would be more peaceful. Some Islamic groups hold to a contrasting view—that exporting Islamic models of government will result in stability through theocracy.

Peace and World Government in History

The idea of peace through world government can be traced back at least as far as the early 1300s when Italian poet Dante Alighieri wrote De Monarchia, a political treatise in which he promoted his ideas for a universal monarchy. The work concludes with a call for the Holy Roman Empire to provide a universal emperor in the temporal sphere (as distinct from the pope in the spiritual realm), who would use his power to create conditions of peace.

In 1713, Frenchman Charles Castel advocated an international organization responsible for maintaining world peace. He proposed that Europe’s royals yield some of their sovereign rights to a federal body charged with safeguarding their interests. His model sounds remarkably similar to that of the present European Union.

Eighteenth-century philosophers such as Jean-Jacques Rousseau and Immanuel Kant contributed various ideas of their own to the concept of supranational government. Rousseau advocated, among other things, “such a form of federal Government as shall unite nations by bonds similar to those which already unite their individual members, and place the one no less than the other under the authority of the Law” (A Lasting Peace Through the Federation of Europe, 1756). Kant, for his part, set out a prescription for putting an end to war in a 1795 essay titled Perpetual Peace.

A century later, Karl Marx and Friedrich Engels envisioned world peace through a classless world order. And in 1940, novelist H.G. Wells offered his vision of how a peaceful world order might come about, noting that “the task of the peace-maker who really desires peace in a new world, involves not merely a political but a profound social revolution, profounder even than the revolution attempted by the Communists in Russia” (The New World Order).

Many approaches to world government have come and gone, but to date none have led to universal peace. Perhaps a key to such failure lies in the inherent conflict between existing political systems. For example, democratic approaches are at odds with Islamic law or communist thinking. Effecting peace through any of these systems means forcing the others into compliance. In a politically plural world, this has met only resistance.

The desire for a form of government that would overarch national governments gained momentum after the 20th century’s two dreadful world wars. Following the atomic bombing of the Japanese cities of Hiroshima and Nagasaki, Albert Einstein wrote that technological developments had shrunk the planet, and that in order to secure peace, “a world government must be created which is able to solve conflicts between nations by judicial decision. This government must be based on a clearcut constitution which is approved by the governments and the nations and which gives it the sole disposition of offensive weapons.” Judicial decision requires authority and structure, and it appeared to be the natural way to approach government. But a fulfillment of Einstein’s proposal has yet to see the light of day.

Now perhaps we are on the brink of another bold experiment in world governance on a scale not seen before. Globalization is creating a new set of political, economic and social circumstances. Could this be the type of revolution H.G. Wells had in mind? The effects of globalization are real. National borders are increasingly permeable and irrelevant. Such changes demand reconsideration of old paradigms.

The development of the Internet in the late 1960s allowed computer networks to be created. Connectedness across borderless cyberspace became possible as the World Wide Web broke down centralized structures. The continual development of supporting technology has subsequently changed the way the world does business. Communication and information transfer is now global, transcending most nation-state boundaries. This is having an impact on how governments function.

As a result we are living in a very new and different world. The old world order consisted primarily of centralized systems of governance. These were hierarchical in nature, with a vertical structure that concentrated control inward and upward. Economist and bestselling author Jeremy Rifkin suggests that this 20th-century governing model was a derivative of the industrial model developed by Frederick W. Taylor, whose Principles of Scientific Management (1911) revolutionized the way industry operated. Later, notes Rifkin, governments adopted a political version. This system worked well in a world where most nations operated in a similar centralized fashion, whether capitalist or communist. The technology revolution has changed all that, however. Technology allows the old top-down system to be flattened into a more open model.

Revolution in Governance: The European Model

By design or by necessity, a new government structure is developing in Europe that many feel has merit for consideration on a wider scale. An important feature of the model provided by the European Union (EU) is that the system, while “unified,” is actually decentralized. As information flows across national boundaries and allows people in diverse locations and cultures to offer input on all kinds of issues, a feedback loop is created. The governing style is quite fluid. Constant adjustments are made as so-called environmental feedback is received. Thus everyone has some power to influence the direction of government.

“Europeans want to . . . create a sustainable world of peace in the near or not too distant future. . . . They seek to establish a politics based on inclusivity—that is, honoring everyone’s individual dream equally.”

This governing style is known as the process model. According to Rifkin, “a new generation of political scientists and policy analysts favored a process approach to governance that would replace the old closed hierarchical model with a new open-systems model. They argued that effective governance is less a matter of imposing, from on high, predetermined decisions on passive recipients at the bottom than of engaging all the actors—government, business, and civil society players—in an ongoing process of deliberation, negotiation, compromise, and consensus with the radical suggestion that the best decisions are the ones reached democratically by everyone affected. The process itself—with its emphasis on continuous feedback—becomes the new governing model” (The European Dream). This European development is evidence that technology and globalization are dramatically affecting the way government is administered and how people perceive its role.

A strong current is pulling other nations in this direction as well. Even the United States appears to be favoring the process model. According to the new president’s own statements, we can expect to see the Obama administration emphasize the United Nations in matters of international treaties and agreements. This is a small but significant change. The embattled foreign-policy efforts of the previous administration and the current economic crisis have certainly weakened America’s ability to impose its model on other nations, so a European-style process model may seem an appealing alternative. Along with other European countries, even Britain is divesting itself of aspects of its sovereign rights (especially in the area of law) in order to comply with EU membership.

Revolution in Management: The Process Model in Business

In various countries where the process model may not be in evidence, the same decentralized process is nevertheless establishing itself in the way companies operate and do business. New terms, such as peering (organizing horizontally), are being coined to help explain new forms of organization.

Business consultants Don Tapscott and Anthony D. Williams coauthored Wikinomics: How Mass Collaboration Changes Everything. They write, “Due to deep changes in technology, demographics, business, the economy, and the world, we are entering a new age where people participate in the economy like never before. This new participation has reached a tipping point where new forms of mass collaboration are changing how goods and services are invented, produced, marketed, and distributed on a global basis.” As business embraces the new process model of organizational structure, it will be only a matter of time before political structures are impacted.

“To manage the global economy; . . . to bring about integral and timely disarmament, food security and peace; to guarantee the protection of the environment and to regulate migration: for all this, there is urgent need of a true world political authority.”

In The Starfish and the Spider: The Unstoppable Power of Leaderless Organizations, Ori Brafman and Rod A. Beckstrom boldly assert that “decentralization has been lying dormant for thousands of years. But the advent of the Internet has unleashed this force, knocking down traditional businesses, altering entire industries, affecting how we relate to each other, and influencing world politics.” In other words, we may now have a unique opportunity to actually realize this slumbering ideal through technology.

Thus it appears that new structures are being created in both political and economic realms worldwide. Will this development eventually bring about a new form of universal governance? Will universal peace be the outcome?

Technology is revolutionizing systems of authority around the world. Globalization and the Internet demand new approaches to old problems, world peace included. The process model of government we see developing could become another of mankind’s grand experiments in rulership. But the model has some very troublesome risks, including degenerating moral boundaries and reversion to tyranny. Because past systems have failed, it would be good to weigh the potential downsides of the process model as it applies to Europe.

As world history unfolds and humanity continues to grasp for a way to achieve lasting peace, we should consider that Jesus Christ came to deliver the good news of the government of God. It was a message about world government of a different kind. After humans have exhausted every last way to govern themselves apart from God, Christ said He will return to the earth to establish the rule of God’s government over all nations and peoples, and that the world will at last live in peace under the rule of a benevolent government structure.

It is an amazing story. When it is to be realized no one knows precisely, but it will come at a time of man-made crisis such as the world has never before experienced. The Bible addresses the nature of human rule that will exist prior to Christ’s return, and it promises that the government of God will bring the peace that has always eluded humanity.