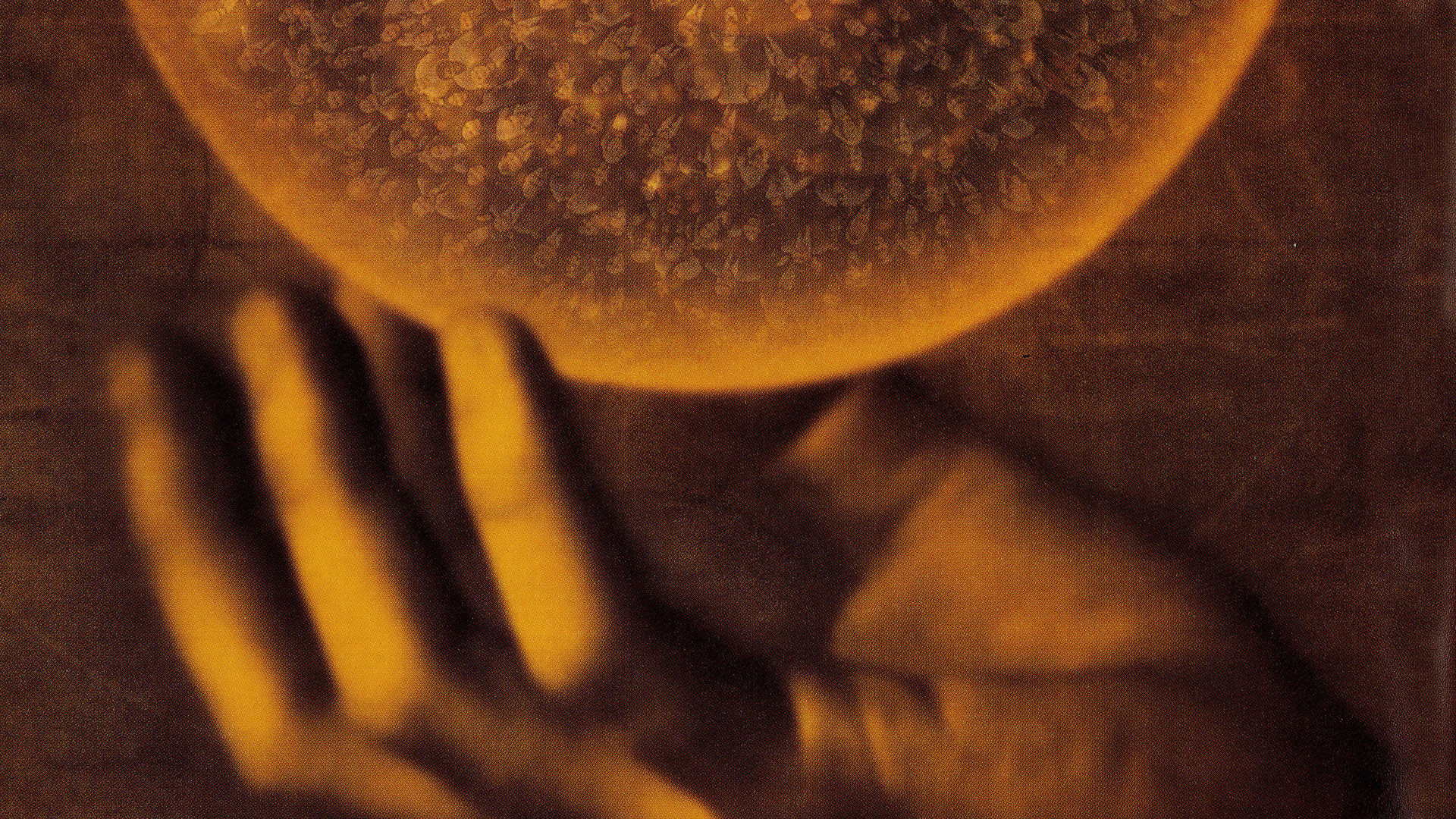 The writings of the prophets of old are perhaps among the greatest challenges faced by those seeking to understand the relevance of the Bible to our times. The Bible records a great deal about the actions and words of those men who relayed information from God to humanity. Sometimes the language may seem archaic and out of sync with the modern world. However, much of the richness of the Bible is lost if we fail to grasp the relevance of these prophetic writings to all humanity.

To regard the prophetic books of the Bible as mere history, poetry or literature is to overlook some of the most timely, inspiring and hope-filled knowledge available to mankind.

Many dismiss the prophets as purveyors of doom and gloom, heeded only by fundamentalist extremists. Yet at the same time, our bookstores abound with publications by contemporary writers whose observations and analyses of society reveal deep concerns for our world and its future. The naive optimism of some authors of 20 years ago has dissipated. The answers they offered for putting society back on track have been used up. Humanity is running out of solutions, and a deep, dark pall is building in the minds of many who are willing to hold society up to the blinding light of reality. Sounding every bit a pessimistic prophet, author Donald N. Wood wrote in 1996 that democracy is simply not working. He went on to speak of our “cultural gloom” (Post-Intellectualism and the Decline of Democracy, Praeger, Westport, Connecticut, p. 17).

Today the most brilliant and perceptive of our thinkers offer few solutions that could be considered truly hopeful or redemptive.

When the ancient prophets of God presented a divine critique of social conditions, they most often concluded their messages with hope and promises of redemption. Yet today the most brilliant and perceptive of our thinkers, though they share insightful viewpoints on the state of the world, offer few solutions that could be considered truly hopeful or redemptive. Clutching at straws and tentative suggestions, they usually leave us empty and frustrated.

So why don’t people give more credence to God’s prophets and their messages? Why do so many resist embracing the solutions they offer? If a prophet is a messenger who reveals the mind and will of the Creator to humankind, wouldn't a humanity that is hurting and in need of answers want to listen?

The answers are at the same time simple and complex.

Let’s address the simple answer first. “The prophet,” said Jewish scholar Abraham J. Heschel, “was an individual who said No to his society, condemning its habits and assumptions, its complacency, waywardness, and syncretism” (The Prophets, Vol. 1, Harper and Row, New York, 1969, p. xv). From this job description we can appreciate the difficulty such men faced in accomplishing their assigned tasks. And nothing has changed; in the politically correct arena of our consumer-oriented society, saying no will not bring popularity.

A fundamental objective of the prophet was to bring about a reconciliation of humankind to God. This concept suggests that humanity had chosen a course that was at variance with the one God had prescribed. In the Old Testament prophet Ezekiel’s case, he was sent as a watchman to the nation of Israel. His job was to hear the word from God and deliver it to the people. “Son of man,” God told Ezekiel, “I have made you a watchman for the house of Israel; therefore hear a word from My mouth, and give them warning from Me” (Ezekiel 3:17). The prophet was to take God’s assessment of the way of life His people had chosen and communicate this on God’s behalf. When the people were disobeying God, the prophet’s message amounted to saying no to society.

A fundamental objective of the prophet was to bring about a reconciliation of humankind to God.

The concept of reconciliation revolves around bringing two opposed parties into agreement. Since God is holy, perfect and just, it is not God who needs to change in order for reconciliation to be achieved. Therefore we must look to our own ways to see where we are falling short. The law of God as revealed in the Holy Scriptures shows us the standard of measurement. It is humanity that must change. We must address our habits and assumptions, hold them up to the scrutiny of the will of God, and make adjustments when found wanting.

The historical record shows mankind’s unwillingness to do this: “Also, I set watchmen over you, saying, ‘Listen to the sound of the trumpet!’ But they said, ‘We will not listen’” (Jeremiah 6:17).

The prophet’s job was difficult because people did not want to change. They did not want to hear any condemnation of the way they had chosen to live. They were happy with the status quo and were comfortable with their familiar society.

Today we hear people saying they don’t need to hear gloom and doom. They want people to tell them how acceptable they are as individuals and how unacceptable yesterday’s values were. Modern psychology often calls for affirmation that our decisions about what is right and wrong are correct.

God’s prophets, on the other hand, said that “this is a rebellious people, lying children, children who will not hear the law of the Lord ; who say to the seers, ‘Do not see,’ and to the prophets, ‘Do not prophesy to us right things; speak to us smooth things, prophesy deceits. Get out of the way, turn aside from the path, cause the Holy One of Israel to cease from before us’” Isaiah 30:9–11).

So the simple answer is that most people do not want anyone to tell them how to conduct their affairs. But deep down in the heart there is more to this resistance than just not wanting to change.

The more complex answer requires us to take an overview of the history of humanity’s refusal to listen to God. From the early example of Cain, who became angry when told by God that his actions were unacceptable, through the entire course of human experience, people have resisted being told how to live their lives. “And in the process of time,” Genesis tells us, “it came to pass that Cain brought an offering of the fruit of the ground to the Lord. Abel also brought of the firstborn of his flock and of their fat. And the Lord respected Abel and his offering, but He did not respect Cain and his offering. And Cain was very angry, and his countenance fell” (Genesis 4:3–5). Cain had decided for himself the type of offering to give God.

From the early example of Cain through the entire course of human experience, people have resisted being told how to live their lives.

When God created human beings, He offered them life as signified by a special tree in the Garden of Eden—the tree of life (Genesis 2:9). They were already alive, so this was an offer beyond the physical level. God offered access to the Holy Spirit, but by eating of the tree of the knowledge of good and evil the first man rejected that opportunity and chose to take to himself the authority to make decisions about right and wrong.

The first three chapters of the book of Genesis record this story. When Adam chose to reject God as the authority to direct his life, something changed in that first human mind (Genesis 1:31; compare with Genesis 3:7–11). Sin does affect the mind. Under the influence of the serpent—Satan, the god of this age (2 Corinthians 4:4)—the human race, represented by Adam and Eve, chose a way of life that is opposed to the will of God (Genesis 3:17–24).

This way of thinking became the dominant mindset of humanity from then on. The apostle Paul understood this phenomenon when he stated that “the carnal [physically oriented] mind is enmity against God; for it is not subject to the law of God, nor indeed can be. So then, those who are in the flesh cannot please God” (Romans 8:7–8, emphasis added throughout).

This is not what God intended from the beginning! However, since God is the author of free moral agency (the freedom for humans to make their own decisions), He has allowed all of us to go in the direction we think is right. But God is love (1 John 4:8), and He loves all humanity; He does not want humans to lose the opportunity to experience the wonderful potential for which they were created.

To this end, God ordained certain men to go to His people and present the other side of the story. God wants humans to change their minds. His plan, as laid out in the biblical record, allows for every human being to ultimately have this opportunity: “The Lord . . . is longsuffering toward us, not willing that any should perish but that all should come to repentance” (2 Peter 3:9).

Prophecy, defined in this context as the announcement of events before they happen, serves to reinforce the original messages God gave to humanity. God created human beings in His own image and after His likeness with the potential to be “crowned . . . with glory and honor” (Hebrews 2:7). Christ came to proclaim a message—the good news of the kingdom of God. Humanity’s destiny lies far beyond the limiting factors of sin. It is the incredible potential of taking on God's very own nature—of sharing the spirit plane with God Himself. The apostle Peter wrote of these “exceedingly great and precious promises, that through these you may be partakers of the divine nature . . .” (2 Peter 1:4).

The Gospel of Matthew foretells a time when the gospel of the kingdom of God will be preached in all the world as a witness (Matthew 24:14). This prophetic announcement of God’s world-ruling kingdom is not to bring about an elite of those who are “in the know” but to give the maximum opportunity to humanity to participate in the plan of God.

Vision is produced with the desire that our readers come to see what that plan means for their lives. We all need to listen seriously to the warnings God gave through His prophets, and to take the time to find out what the will of God actually is.

World conditions can be understood against the backdrop of biblical truth. Is it time for you to discover how the world got into the condition it is in, and to learn about the solutions available to us now and, ultimately, in God’s future world? We invite you to join the quest for better understanding of both the present and the future.