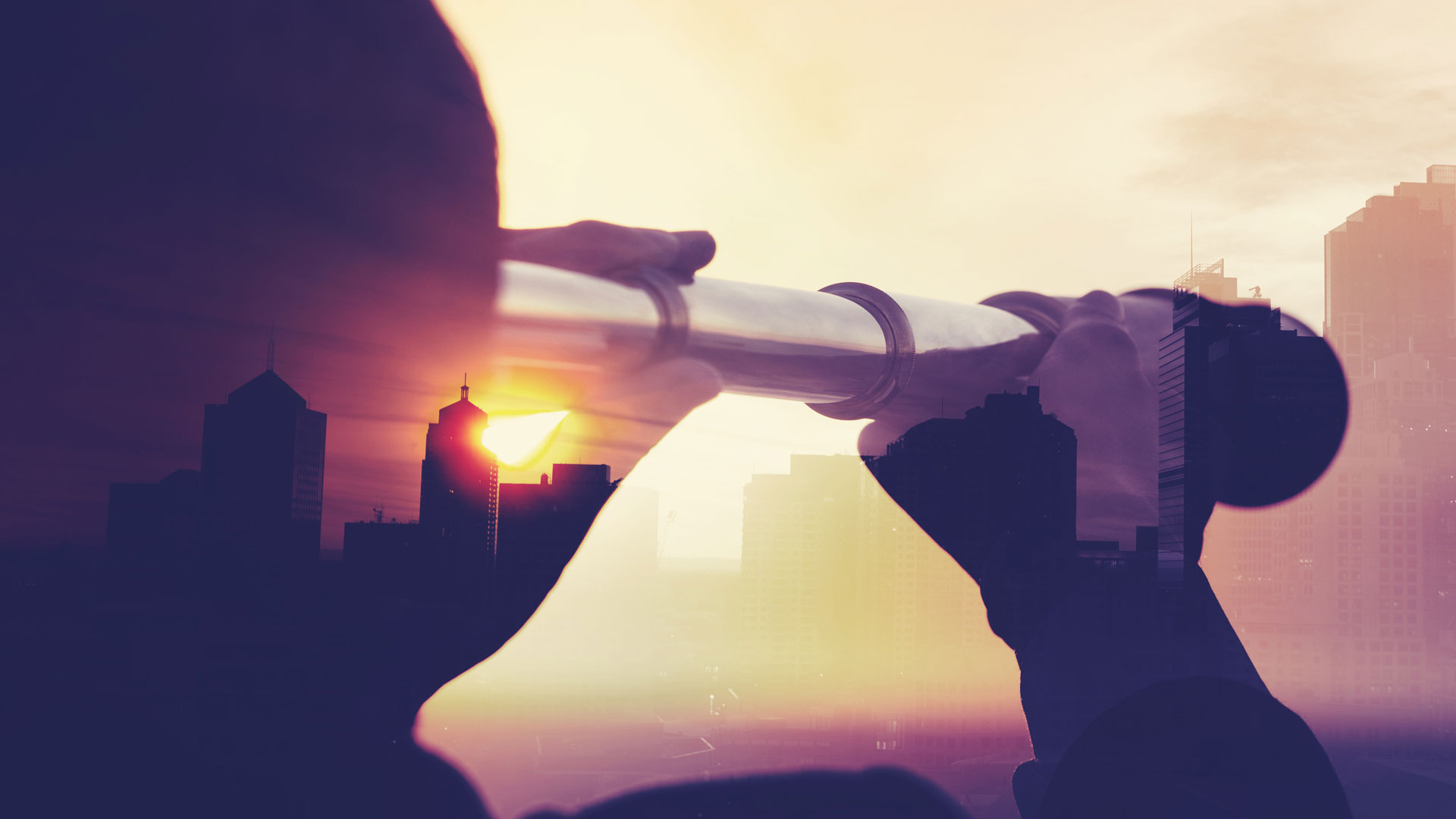 There is no other word in religious vocabulary quite as exciting as prophecy. Prophecy can be stimulating, enthralling, headline grabbing, captivating and, yes, even addictive. Yet to some, prophecy is scary and unreliable. The all-too-common emphasis on specific (and so far inaccurate) dates promotes fear and uncertainty, and it frustrates sensible forward planning.

As we progress toward a new millennium, the world’s attention is being inexorably focused on various prophecies regarding what might or might not transpire over the coming months and years. How can we achieve an appropriate balance in our approach to this controversial subject?

When the word prophecy comes up, many think first of biblical prophecy. The Bible, after all, chronicles the words and deeds of numerous prophets in both the Old and New Testaments. Some were prophets of God—the genuine article—and some were false prophets, deceivers.

We might also think of “secular prophets,” though these are not true prophets in the biblical sense but prescient, perceptive people who wisely see the way things are headed. Perhaps certain journalists, politicians and statesmen—Winston Churchill, for example—would fit into this category.

Then there are others such as the celebrated French doctor and astrologer, Michel de Notredame (better known as Nostradamus, 1503–1566), who became famous as the author of Centuries, published in 1555. These collections of prophecies contain a hundred stanzas each and appear in rhyming quatrains. They purport to describe events from the mid-1550s to the end of the world. Nostradamus predicted the end would come in A.D. 3797. There is even one well-known quatrain referring to 1999. Typified by enigmatic style and vague language borrowed from a number of traditions popular in the 16th century, most of Nostradamus’s stanzas are undated, allusive and ambiguous.

The predictions of Mother Shipton (born c. 1488) and Old Moore’s Almanac, which first appeared in 1700, are other examples that might be classified as prophecies. These works, however, would better fit into the realm of astrology—which seeks to predict the future on the basis of the position of stars or some other ephemera. The monthly astrological charts that appear in many magazines and newspapers today pander to the superstitious belief that the fortunes of men and nations are affected for good or evil by the movements of the stars and planets.

This raises an interesting question. What definition springs to mind when you think of prophecy? Surely most would answer, “Predicting or foretelling the future.” Yet in order to achieve clarity in understanding what prophecy is, it is helpful to consider that the scriptural definition is much broader. By no means is prophecy restricted to today’s popular usage—that is, predicting the future. Certainly the Bible does use it in this sense, but it also uses it in another important way. When properly understood, most of the Bible is prophecy. It all hinges on how we understand and define the term.

Prophecy comes from the Greek word propheteia, which literally means “to speak forth” (pro, “forth”; phemi, “to speak”). According to Merriam Webster’s Collegiate Dictionary, 10th Edition, a prophet can be one who foretells the future or one who utters divinely inspired revelations.

So while prophecy is indeed prediction, it also means proclaiming God’s truth. W.E. Vine says in his Dictionary of New Testament Words that a prophet is “a proclaimer of a divine message.... one to whom and through whom God speaks.” Vine also tells us that “propheteia... signifies the speaking forth of the mind and counsel of God.... Though much of Old Testament prophecy was purely predictive,... prophecy is not necessarily, nor even primarily, fore-telling. It is the declaration of that which cannot be known by natural means,... it is the forth-telling of the will of God, whether with reference to the past, the present, or the future” (s.v. “prophet,” “prophecy,” emphasis added).

It is important and helpful to expand and enlarge our understanding of what prophecy is. Notice what Alexander Cruden, in his popular concordance (Lutterworth Press, London, 1971, s.v. “prophet”), says: “A meaning of the word less often recognized, but really as common, is one who tells—a forth-teller—who speaks for another, most usually for God. It is in this sense that many Bible characters are called prophets, as for example, Aaron, Moses, and Jesus Christ.”

So prophecy is both foretelling (prediction) and forth-telling (preaching). A broad definition of prophecy would be, as above, “divine revelation, whether in reference to the past, the present or the future.” This provides a helpful balance in our use of the word, particularly at the turn of the millennium. We really ought to pay attention to all prophecy so defined—that is, all of God’s instruction. We should not neglect any part of God’s revelation, leave bits out, or be selective, as is the human tendency.

It is important that the entire message of prophecy—all of divine revelation, both God’s teaching for our lives now and His foretelling of the future—be viewed as a whole. The message about repentance, individual change, the central role of Jesus Christ, and genuine love for one another—all this is just as much a part of prophecy (inspired preaching) as prediction of the future is.

Wouldn’t it be appropriate, at the turn of the millennium, if those raising their voices to make (generally inaccurate) predictions might think to use prophecy in its wider biblical sense? If each of us were to pay attention to all those Bible “prophecies” that comment on how we should be conducting our lives in the present, the result might be less wild-eyed speculation. And, who knows, it might even lead to a safer and happier world where people live their lives for the good of their neighbors and in a way more pleasing to their Maker.

It is possible to have a more balanced approach to prophecy by applying the wider usage the term enjoys in Scripture.