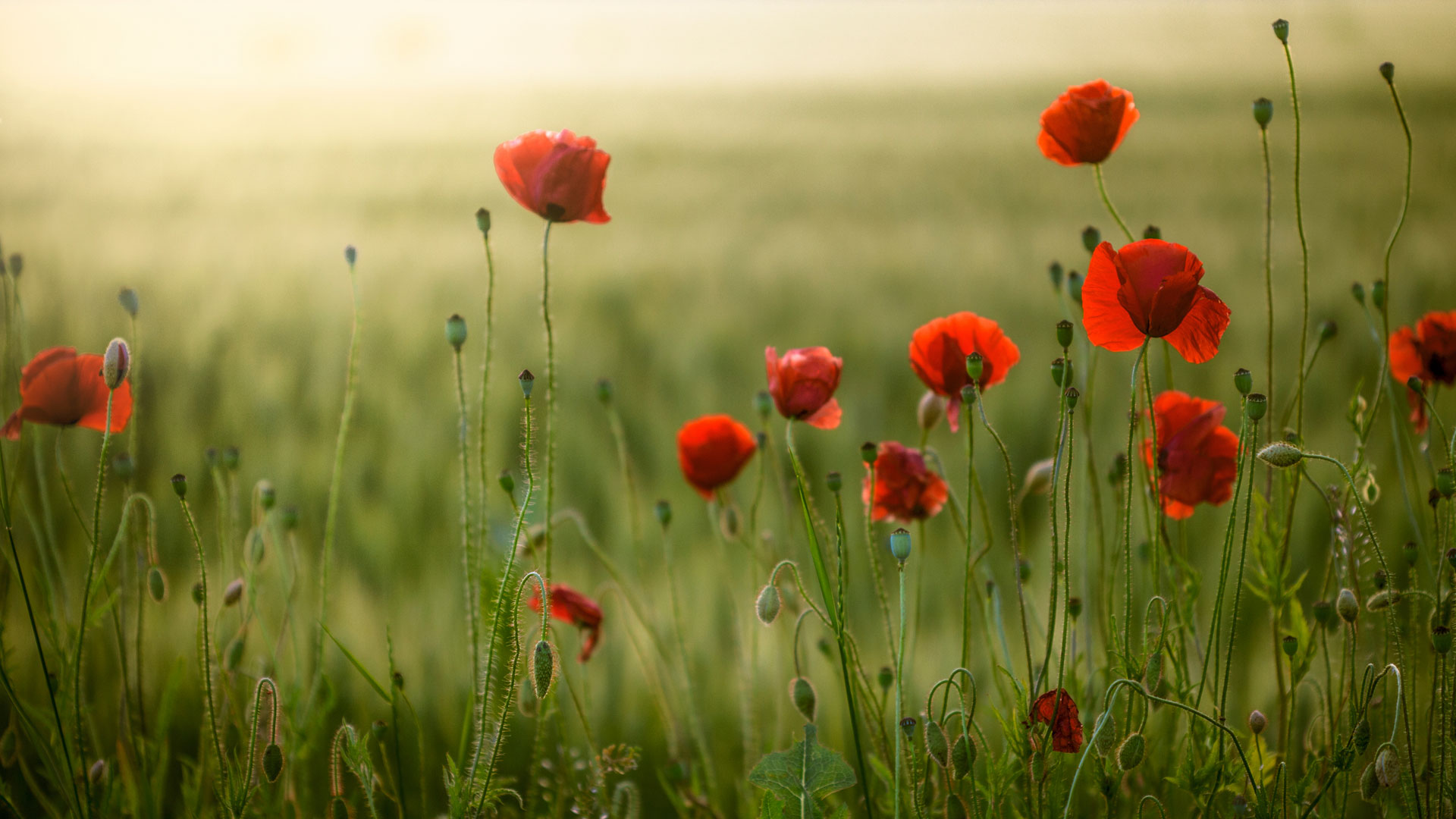 In March 2008, France gave full military honors to its last World War I veteran, Lazare Ponticelli, who died at the age of 110. French President Nicolas Sarkozy led the ceremony. World leaders still feel that the war was a pivotal event and want to use such events to remind their nations of the sacrifices that were made by both individuals and nations.

Veterans such as Ponticelli survived a war that cost nearly 10 million dead, 21 million wounded and 7.7 million missing or imprisoned. In essence, these men were the victims of the failure of statesmen and diplomats to solve their differences and curb their ambitions. When leaders are driven by personal and national self-interest, war is often the unavoidable result.

World War I has been described as “the war to end all war.” The ensuing years—most notably, the Second World War—showed that this thought was ridiculously naïve. In reality, the war was a colossal mistake, caused by a series of astonishing blunders.

The well-known and controversial historian A.J.P. Taylor took the view that “the French believed that the last war had been caused by German aggression; the British came more and more to hold that it had happened by mistake.”

What were the mistakes, blunders and underlying attitudes that led to the start of the war?

Prior to the First World War, sovereign nations dealt with each other by way of alliances and diplomacy, with no central body (as we have today in the United Nations) for settling disputes. The Entente (Allied) powers of France, Russia and Great Britain were allied against the Central Powers of Germany, Austria-Hungary and Turkey. Germany had been united only since 1871 following victory over France in the Franco-Prussian War, which was driven by Prussian militarism and mutual animosity after having made its contribution to the furthering of these alliances.

The conflict was, in essence, a conflict of self-interest. Britain, standing outside Europe, saw its key role as maintaining the balance of power. In this position, Britain could not afford to permit Germany to be the dominant power in Europe. France was concerned about its own defense and a desire to recover territory lost in the previous war with Germany.

As for Germany, its leaders felt it did not receive the recognition it deserved as a great power. In addition, the influence of a militaristic faction in the government impacted policy decisions, which included participating in a naval arms race with the British. For its part, Britain was under pressure to maintain a “two-power standard.” This doctrine, established by the Naval Defence Act that was passed in 1889, held that Britain’s naval power should at all times match that of any two other world powers combined in order to preserve the nation’s standing, prosperity and national security.

The British were the first to be armed with the Dreadnought class of battleships, the first all big-gun, turbine-driven ships. Britain initially attempted to avoid a naval arms race by negotiation with Germany. Britain maintained it had need of a powerful navy by virtue of its large empire, whereas it was perceived that Germany’s only use for a powerful navy was to attack Britain. The Germans did not see why, as a sovereign nation, they should be told by Britain to limit the size of their navy, and they misunderstood Britain’s concern as to how Germany might use its new navy.

The navy wasn’t the only challenge to an uneasy world peace, however. The European style of doing battle on land at the time—two heavily armed camps with standing armies of millions of men facing each other—meant that armies had to be able to mobilize quickly or face defeat, and this gave diplomats little time to avert a crisis once any mobilization took place.

How then did events in 1914 move the European nations from relative peace into a world war?

The catalyst was the assassination on June 28, 1914, of Archduke Franz Ferdinand, heir to the Austro-Hungarian throne, by Gavrilo Princip, a member of a Serbian nationalist secret society known as the Black Hand. This triggered a domino effect of alliances spurred on by grievances and interests that sent Europe hurtling toward war.

Driven by a desire for revenge, Austro-Hungary sought to humiliate and crush Serbia and to lessen the influence of the empire’s troublesome Slavic element. Envisioning the conflict only as a local Balkan war, Austro-Hungary could not have foreseen that the conflict would pull in the allies of both sides.

But Germany encouraged Austria-Hungary in threatening Serbia, the Kaiser assuring the Austrian ambassador that they could rely on Germany’s full support despite the risk that the alliance system could expand any local war into a European one.

At first, it seems, Serbia planned to do all it could to avoid a war, drafting a nearly full acceptance of all terms. However, Russia, as the traditional protector of the Slav people, would unquestionably come to the aid of Serbia, and they made this clear to their allies as well as to the Germans. With the assurance of Russia’s aid, Serbia recrafted their response. According to some, the new response contained a number of prevarications and avoidances in the form of false claims of ignorance. In any case, Austria-Hungary had no intention of letting them off the hook. Between pettiness on both sides over the terms, and Germany’s discouragement of any movement for peace, war was soon declared on Serbia.

Germany, on the other hand, wanted to eliminate Russia as a great power in revenge for earlier defeats. But Germany had a problem in that it did not want to be seen as the aggressor. If the Russians could be enticed to mobilize their army first, it would allow Germany to claim they were just reacting to events. The Russians, however, refused to play this game and mobilized only against Austria-Hungary, which failed to give the Germans the excuse they wanted.

Nevertheless, Germany’s war plans were already in full swing, and they pushed forward, mobilizing and quickly declaring war on Russia and France. The armies were unleashed. Germany initiated its own aggressive war plan—the Schlieffen Plan—in August 1914, which involved a sweeping movement through Belgium to attack Paris.

Belgian neutrality, although not absolutely guaranteed by treaty, was seen as the test for Britain. Would the invasion of Belgium be regarded as justification for going to war with Germany and supporting France? On August 4, 1914, the British ambassador to Germany, Sir Edward Goschen, made it very clear to both the German foreign minister and the German chancellor that it certainly was regarded as such.

In this way Britain was brought into the war—ostensibly by the Germans’ refusal to guarantee Belgian neutrality. But France had also been led to understand it would be supported and that it was the right thing to do as part of the “entente cordiale.” Of course, for its own safety Britain could not allow France to be crushed and Germany to have access to the Channel ports and thus pose an invasion threat.

Diplomacy depends on truth, trust, information and good communication. All of these elements were ignored by the Germans and Austrians once they had decided they were going to war. German diplomatic staff were not truthful about their knowledge of the content of the Austrian diplomatic note threatening Serbia, and they did all they could to throw up a smoke screen as to the real activities and intentions for war. Serbians, for their part, were assured of Russia’s help and were not truthful about their knowledge of certain activities that occurred on their own side.

Deliberately poor communication by all involved was at the crux of the problem. Ultimatums were issued as late as possible in order to minimize time for considering responses. Diplomatic moves by the Allied powers to prevent the expansion of a local Balkan war were dismissed.

The Allied powers made their own mistakes. They had no idea that Germany had an aggressive action plan for war on two fronts and that it was prepared to carry it out.

The Germans expressed amazement when the British supported France and Belgium, and claimed to have totally misread the earlier British diplomatic signals that this would be the obvious British response—though Britain could certainly have made it clearer that a breach of Belgian neutrality would be punished. Contributing to the problem was the fact that German generals were dismissive of the threat from the British army because of its small size in comparison to the million-men–plus steamroller that was their own army.

Ironically, despite the blood ties of the royal families of Britain, Russia and Germany, the diplomatic efforts of the British and Russian monarchs did not prevent conflict.

Mistakes, blunders, poor communication, lies, distrust, tensions, the desire for recognition, revenge: are these not all part of the human condition? These forces affect nations, neighborhoods, families and individuals, and it is within the human heart that they begin. Leave them unchecked, and ultimately war on any scale is the result.

Like the European leaders, ordinary people make decisions under pressure without thinking through the consequences, according to what they think is right at any given time. These decisions are often based on what seems necessary for self-preservation or self-advancement. But when everyone does only what seems right for him- or herself, war is likely to break out on a personal level, just as it often has on a national level.

Ultimately most of us don’t want war; we want peace. But what would it take to effect peace on any level? Certainly it would take no less than a complete change of the human heart to an outward focus rather than an inward one, where all nations (and what is a nation but the sum of the individuals who make up the nation?) will love their neighbors as themselves.