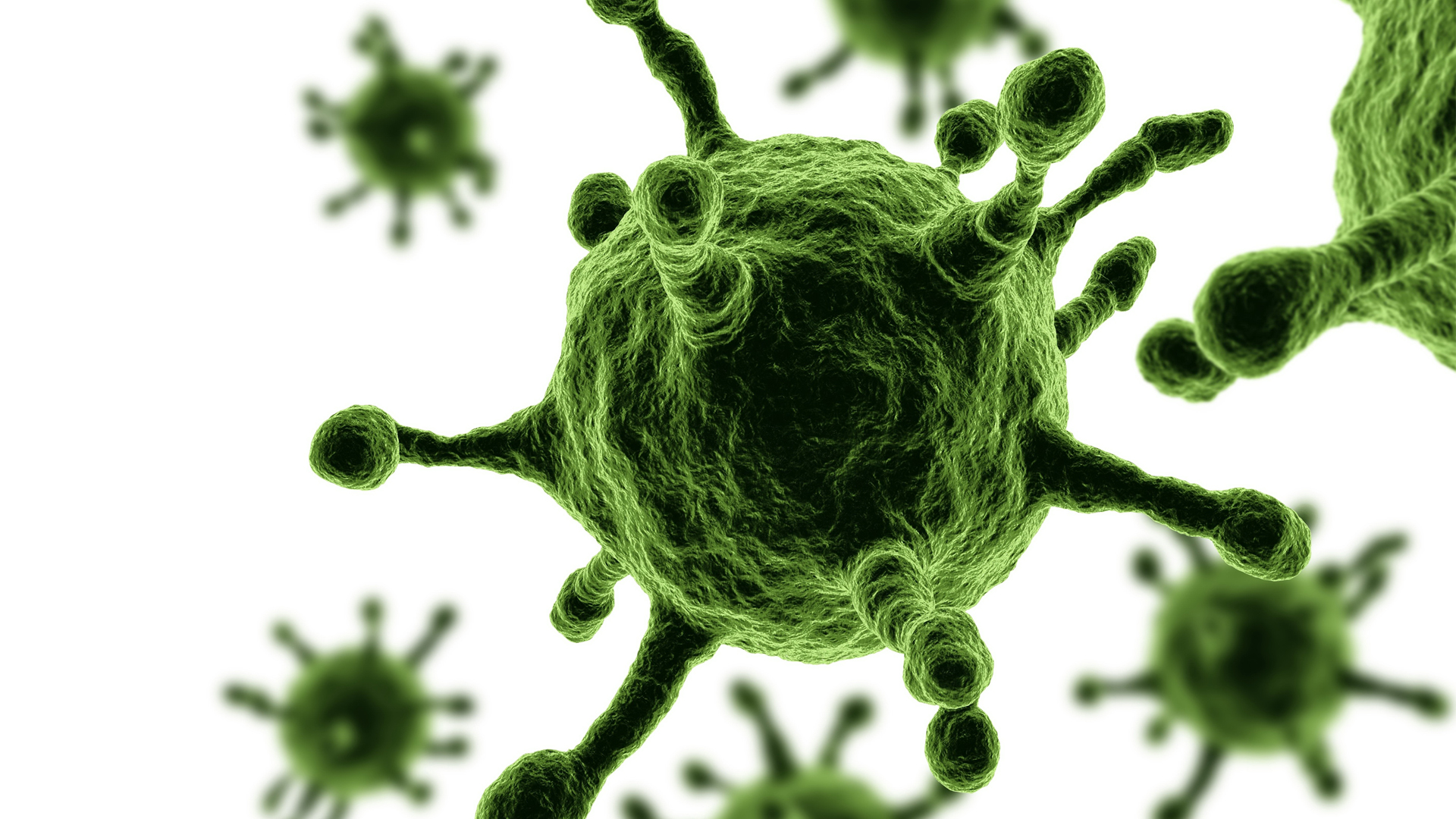 When Captain Cook arrived in the Hawaiian Islands in the late 1770s, he was received as Lono, the local god of peace and agricultural blessings. The natives welcomed him with gifts of various meats and tropical fruits. In return Cook and his crew gave the Hawaiians mirrors and cloth. They also opened the door to syphilis, gonorrhea, tuberculosis and influenza.

For the native population, who had no innate immunity to these novel germs, this contact proved apocalyptic. The epidemics that followed Cook’s visits and those of others reduced the indigenous population from more than half a million to less than 90,000 by the 1850s.

There is no doubt that infectious disease has been a great mystery for most of history. Although the Hebrew Scriptures give directions for quarantine and sanitation, it is only relatively recently that basic techniques of hygiene were scientifically identified and promoted. It was in the late 1800s, for example, that our earliest and most common instruction—“Wash your hands!”—came to make scientific sense.

Before Joseph Lister, Louis Pasteur, and Robert Koch developed the germ theory of infection, much disease was believed to be spontaneous. To wash hands, surfaces or surgical tools seemed until that time superfluous. The spread of disease was common, in some ways a foregone conclusion; when everyone in a hospital died, the solution was to raze it and build again once the miasma or bad vapors had cleared. From those times, it was a long and miserable road to Listerine antiseptics, pasteurization, and Koch’s identification of germs with specific diseases. Prior to this, all was a mystery.

It’s easy, then, to understand that for both individuals and populations, the sporadic nature of disease and epidemics was a confusing challenge. Why do some get sick and not others? Where does plague come from? What have we done to deserve this? Reason, religion and imagination were tasked to find answers. Many even asked, Is it something “in the stars” that drives plagues?

Because imagery from Genesis to Revelation often refers to heavenly bodies as markers or signs, it was tempting for some to misinterpret them as heralds of terrestrial disturbances. Astrologers sought out repeating patterns, and, conflating them with odd events such as eclipses and comets, jiggered together a message foretelling a tenuous future. In the end, however, most agreed that God was the First Cause and concluded that whatever came was divine judgment.

The Bible itself seemed to confirm that view. It was a right reading, for example, to see divine cause in the Exodus and the plagues that were leveled against the Egyptians (Exodus 7–11). Later, Jeremiah warned Israel of the Lord’s wrath through “sword, famine, and pestilence” (Jeremiah 14). It is not remarkable, then, that the Black Death or bubonic plague of the 1300s was also attributed to God—the rise and fall of all disease outbreaks as vengeance on sinful humankind.

The Four Horsemen of the Apocalypse

Late in the first century, the apostle John saw a vision of four horsemen, each riding a different-colored horse. In this two-part series, Vision looks to the Bible itself to interpret that much-discussed passage. 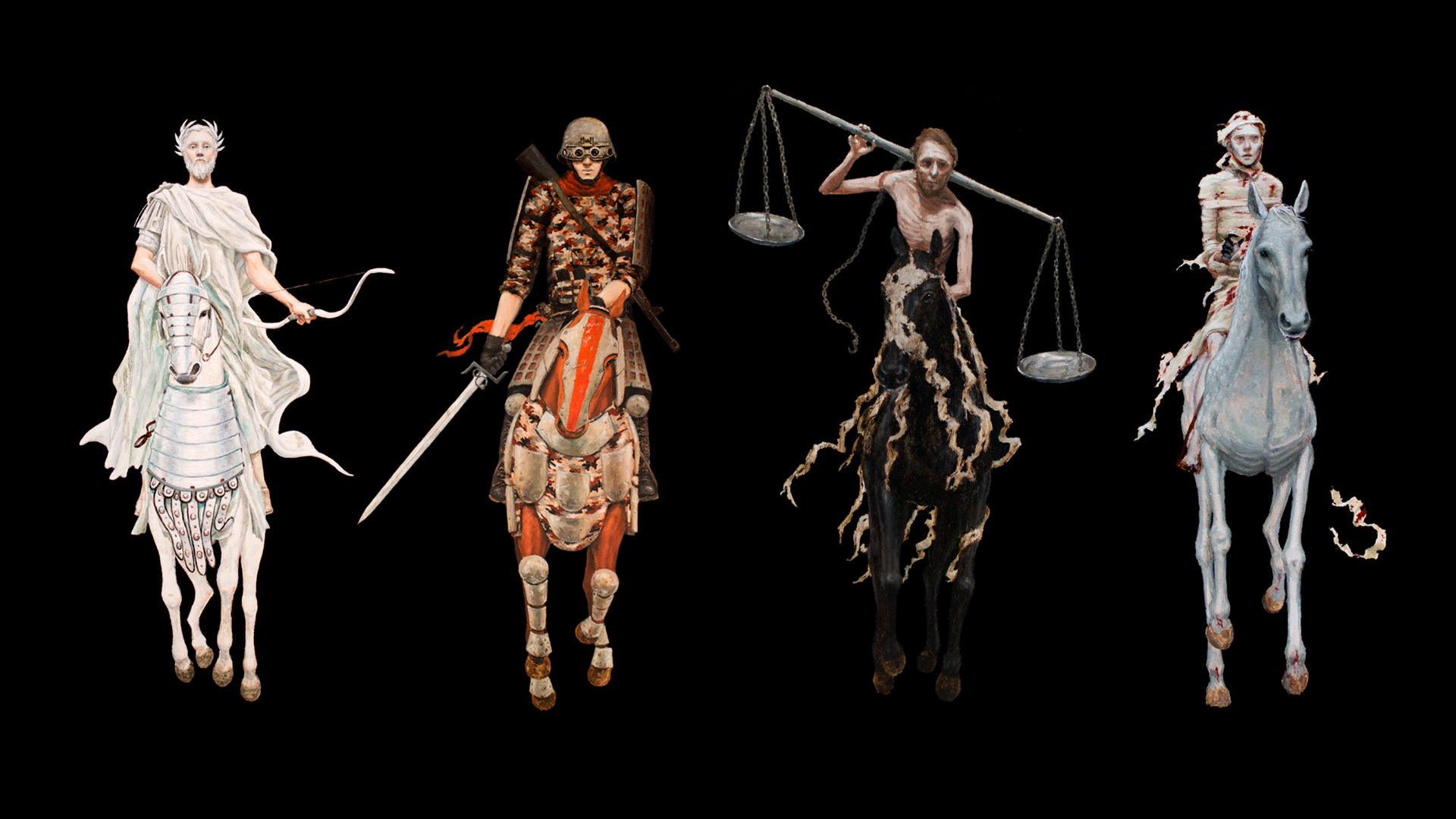 But the pale horse of Revelation 6:8, often associated with the ever-imminent end-of-the-age, circled the track for several hundred years. Between 1348 and 1665, plague flare-ups across Europe repeated more than 40 times. Today those of us who are descended from the survivors carry certain gene sequences that appear to impart resistance to the bacteria. Thus, alongside the cultural record of outbreaks, we can now track the bacterium’s travels out and back across Europe and Asia through the genome of the living and the dead. As historians Andrew Cunningham and Ole Peter Grell note, “In a world where life expectancy was about 35 years, this meant that a Europe-wide outbreak occurred in the lifetime of most people.”

During one episode in 1563 the archbishop of York and Canterbury, Edmund Grindal, wrote: “Now therefore calling to mind, that God hath been provoked by us to visit us at this present with the plague and other grievous diseases . . . [we should] pray earnestly and heartily to God to turn away his deserved wrath from us, and to restore us as well to the health of our bodies by the wholesomeness of the air, as also to godly and profitable peace and quietness.” Grindal believed that illness was God’s way of bringing us back “to the remembrance both of [His] justice and judgment, and of our own miserable frailness and mortality.”

Although we now understand the biological causes of infectious disease in great detail, many even today perceive the pandemic potential of microbes as God’s latent wrath awaiting sinful man.

What does the continuing cycle of plague really tell us about the human condition?

From Theology to Ecology

Just as in the heyday of such fervor, it remains easy to get caught up in believing that modern plagues are a sign of the end, a kind of canary in the coal mine of human morality. After all, it was not long ago that HIV/AIDS was used as a proxy for sin, a marker of moral decay.

Yet a pestilence is not a spirit; nor is it a vapor, a miasma or a mysterious force. It is a biological entity—a bacterium, a spore, a virus. And like anything biological, it has a rationale and specific strategies through which it interacts with other living things, such as infecting a human being. As Jared Diamond explains in Guns, Germs, and Steel, a disease needs new people to infect. But once that strategy has been found out, who is responsible for the spread of disease—the microbe or the man?

In this struggle between microbe and human host, there has certainly been great and tragic loss. “The so-called Black Death erupted in Europe in 1347,” writes Martin Blaser, director of the Human Microbiome Program at New York University, “and within a decade wiped out a quarter to a third of the population. Once introduced, it could even spread without rats, as infected fleas hopped from person to person, and people with plague pneumonia coughed on others.”

The real culprit was not the bacterium, however, but the size, squalor and crowding of the human population; that was the trigger point for the pandemic. Infectious disease is not God’s wrath; AIDS, for example, is a basic biological consequence of contact with or consumption of primates as bushmeat, viral mutation, and the stubborn continuance of harmful actions. Human behavior is the culprit, the real first cause of this modern plague. The same can be said of most of the potential infectious diseases we fear.

Blaser comments that human collusion fanned a more contemporary outbreak: “In 1993 plague broke out in Kinshasa, Zaire. Years of war and corruption caused the government to print money. As a result, there was hyperinflation. People bought whatever they could today, because tomorrow it would cost more. So they stored a lot of grain. This hopeful act brought rats and the plague they carried into many homes.”

Cholera is another well-studied disease. Caused by a bacterium, the infection brings on vomiting and diarrhea leading to death by dehydration. That this plague is associated with contaminated water was well-known when the Manhattan Company supplied New York City with water drawn from a sewage runoff site in the infamous Five-Points slum. The resulting epidemics that began in 1832 were completely predictable, the real cause having been economic: it was more profitable to take water from the sump than to pipe it from the river.

As science writer and investigative journalist Sonia Shah notes, “the virulence of even a pandemic-causing pathogen like Vibrio cholera depends entirely on its context. In the body, it’s a pathogen; floating in some warm estuary, it’s a productive member of a harmonious ecosystem. And much of its transformation from harmless microbe to virulent pathogen has to do with our own activities. We turned it into an enemy ourselves.”

“Dislocation, migration, desperate lack of sanitation: all are politically created, and all provide ample opportunity for infectious diseases again to take hold and add their measure of devastation.”

Like a racehorse, the pale horse of Revelation is spurred on by our own actions. One does not blame a baby for crying; one seeks the cause of the problem. Here we find that it is the human factor that either promotes infectious disease or squelches it; this is an ecological or relational dysfunction, not a medical challenge alone. Because it is man that leads the charge of the fourth horseman, the problem of pestilence is not without solution.

The fourth horseman completes the drivers of human suffering and sorrow: false messiahs who wield the sword of war, senselessly slaughtering one another for temporal gain; plague, the unseen contagion that seeps in to strike us seemingly ad hoc; the vagaries of “wild beasts,” natural imbalances that immobilize us; and, finally, humankind’s enduring fear—death itself (Revelation 6:8b).

At some future point, our Creator assures, all will be set right: death will be finally eliminated: “And I heard a loud voice from the throne saying, ‘Behold, the dwelling place of God is with man. He will dwell with them, and they will be his people, and God himself will be with them as their God. He will wipe away every tear from their eyes, and death shall be no more, neither shall there be mourning, nor crying, nor pain anymore, for the former things have passed away’” (Revelation 21:3–4, English Standard Version).

The things we fear now, the wars, famines and pandemic diseases that span human history, will one day be removed—not because of magical intervention or a change in God’s nature, as if God is their cause. Because these are effects of our nature—the way we manage and mismanage the world and our relationships—the locus of change must be us. It is not the “washing of the hands” that will make the important difference; it is the washing of the heart (Matthew 15).

There is no doubt that microbes have affected human history and that they will continue to do so. They are a force to be reckoned with on many levels. Sometimes these organisms are best eliminated—in the drinking-water supply or during surgery, for example. But in other situations, such as within our digestive systems, there is a mutualism between our intrinsic microbiome and our extrinsic health, regarding which we must become better educated. And as our knowledge increases, our responsibility grows.

The most important factor, then, is not the science but the conscience. “The dedication of epidemiologists, scientific researchers and health professionals can never be sufficient against the larger—and countervailing—forces which continue to entrench the gross deprivation of so much of humanity,” writes Jim Whitman, editor of The Politics of Emerging and Resurgent Infectious Diseases. “Infectious diseases are as much social phenomena as microbial ones and providing defense against them while bettering the lot of the millions currently afflicted is as much a political task as a medical and scientific one.”

There is equilibrium between germ and man; all life on earth is integrated. Pestilence, disease and death are the result of imbalances, many of which we create, and then we suffer the consequences. Plagues are not just accidents of nature; they are the consequence of human actions even if those actions were at first taken in ignorance.

James Cook could not foresee the ruin his work would cause. But it’s hard to be ignorant anymore.