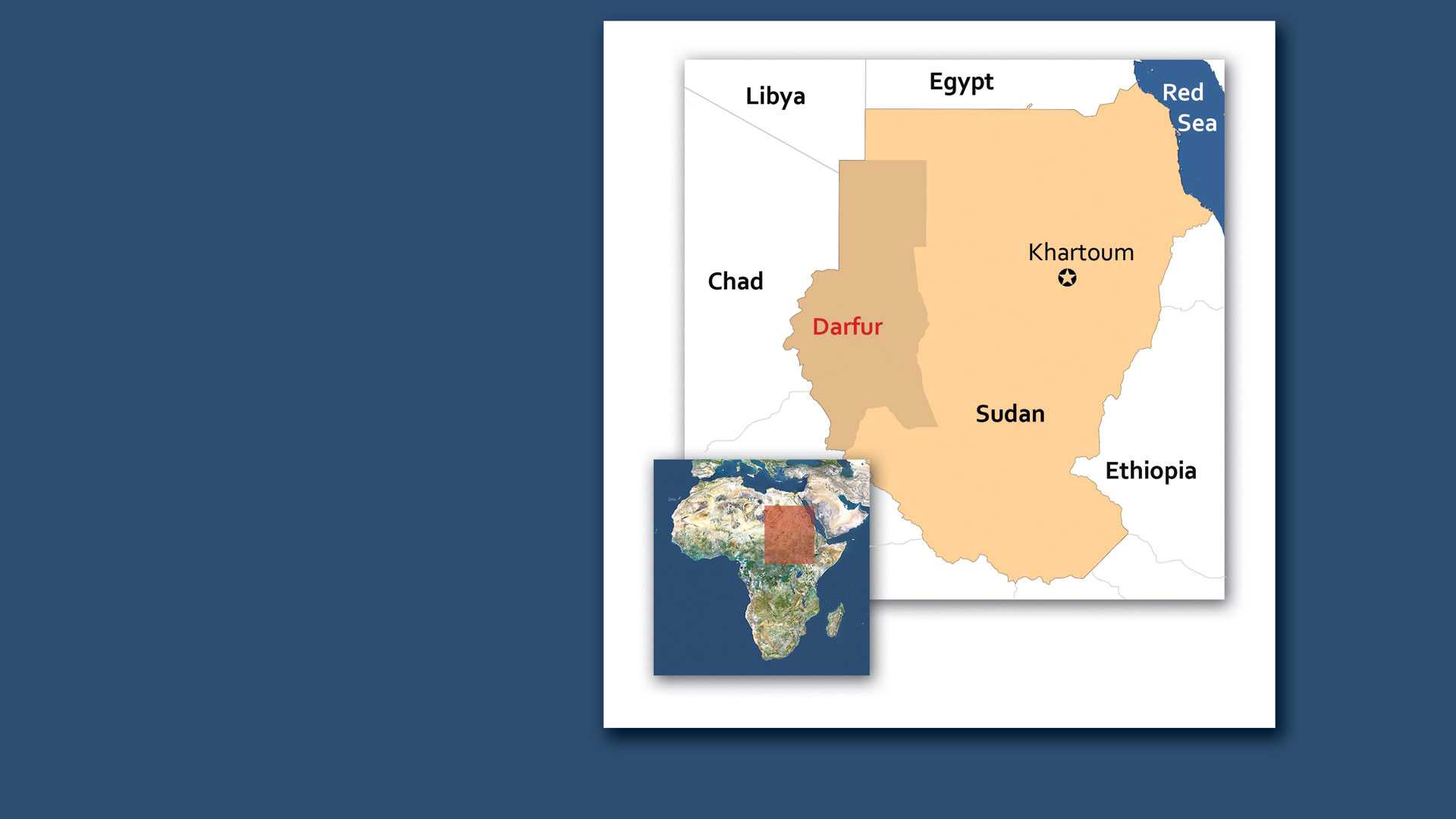 Darfur is not the only region of the world with a large population of internally displaced persons (IDPs). Although most can be found in Africa, significant numbers reside in at least 40 other countries.

With an estimated 2.4 million IDPs in Darfur alone and more than 6 million throughout Sudan, that nation has the unfortunate distinction of having more people displaced within its borders than any other country. Between 20 and 25 percent of IDPs today are Sudanese (this does not include refugees who have fled to other countries). Other African nations with large numbers of IDPs (between 1 and 2 million each) are Uganda, the Democratic Republic of the Congo, Angola, Burundi, Liberia and Côte d’Ivoire.

In Asia, the list includes Afghanistan, Iraq, Armenia, Azerbaijan, the Philippines, Indonesia, Myanmar and Sri Lanka. Among Latin American nations are Colombia, Peru and Guatemala. And in eastern Europe, the Balkans and Chechnya have a large number of internally displaced people.

“What these countries have in common is that they are acutely divided nations where the governments are not seeing their displaced populations as citizens to be protected.”

“What these countries have in common is that they are acutely divided nations where the governments are not seeing their displaced populations as citizens to be protected but as a part of another country,” says Francis Deng, former representative of the U.N. Secretary-General on internally displaced persons.

During the last couple of decades, there has been an upsurge in the numbers of IDPs. According to the Global IDP Project, in 1982 1.2 million people were uprooted in their home countries. Four years later the total had grown to 14 million. By 1995, there were an estimated 20–25 million IDPs. This number has remained about the same during the last decade, although the regions with IDP problems today are not necessarily the same ones that had a problem 10 years ago.

In addition, there are about 12 million refugees worldwide—roughly half the total number of IDPs. “The more the numbers of refugees have gone down, the more the numbers of IDPs have gone up,” Deng says. “This is partly because countries are becoming less hospitable to refugees, so people who could have been refugees are now forced to be IDPs. Furthermore, the internal conflicts that generate internal displacement have tended to proliferate in the last 15 years—since the end of the Cold War. The increase in these civil wars has resulted in a growing number of internally displaced persons.”