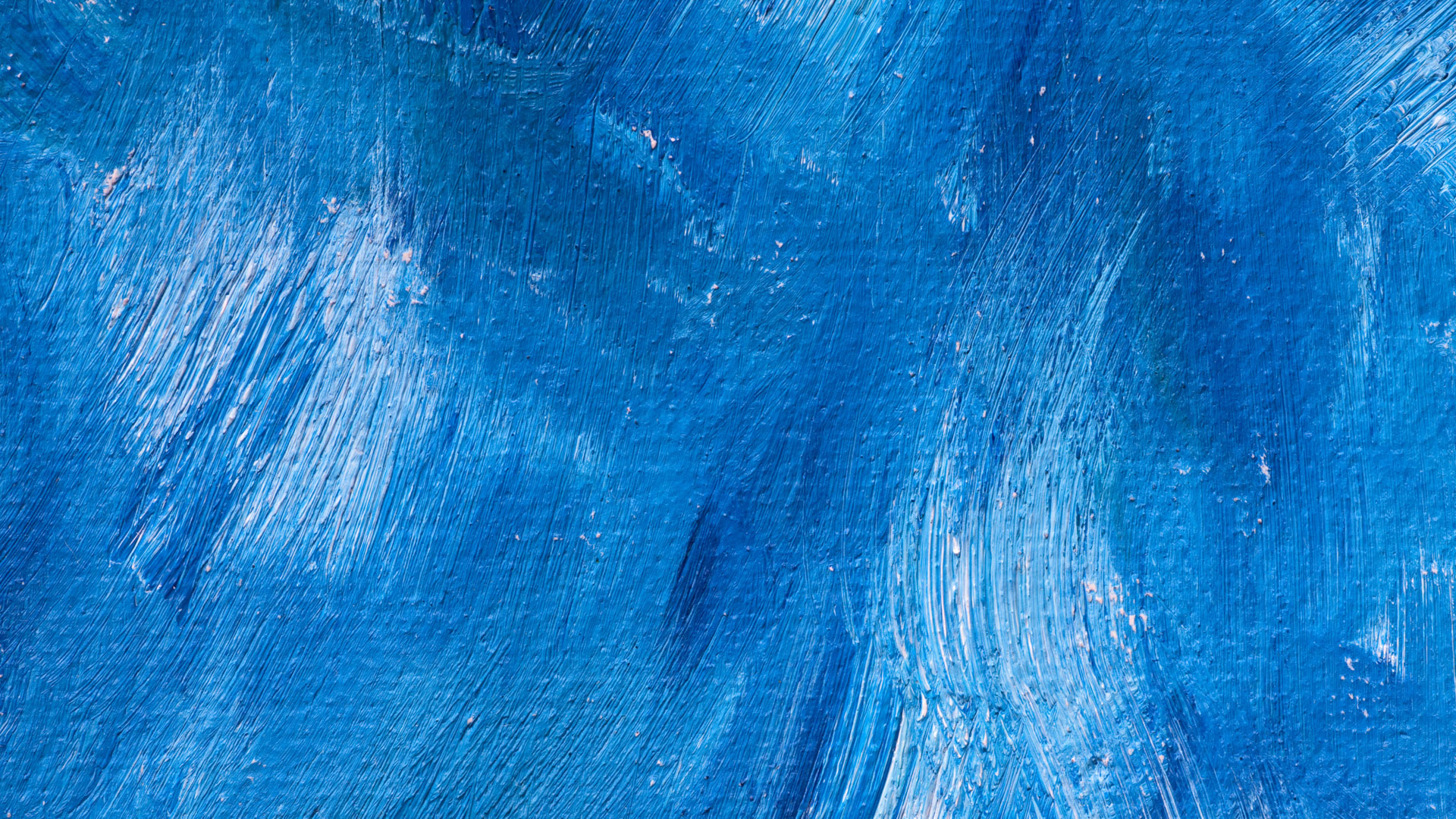 The sheer enormity of the Indian Ocean tsunami tragedy has left deep psychological, emotional and spiritual scars that will take a long time to heal. Inevitable questions have been raised: Must humankind remain vulnerable to the whims of nature? And why, if there is a God, did He not intervene to prevent such an unspeakable tragedy? Religions of all shades—Christian, Hindu, Muslim and atheist—have offered a wide range of conflicting answers.

Science-fiction writer Arthur C. Clarke, who lives in Sri Lanka, wrote in London’s Sunday Telegraph on January 2: “A disaster of the magnitude of last Sunday’s tsunami is humbling; it makes us realise how powerless we are to control the forces of nature. I’ve no idea if God had any scenario in mind when this happened. In a way, the disaster was a random event, but at the same time nothing in this world is totally random, there is always cause and effect.”

In The Times of London, William Rees-Mogg likewise wrote of being humbled by nature’s power: “We view with awe a release of power on this scale. We know that this power is greater than that of our species—nature holds us in its hands. We may be able to mitigate some of the consequences; in some cases we may be able to give advance warning of the threat; but we are not in control; the tsunami has demonstrated this ancient truth.”

Rees-Mogg went on to discuss the fragile home that humanity has built for itself on this earth—a fragility resulting from growth in the world’s population, the exploitation of finite natural resources, the spread of diseases aided by overcrowding and modern transport, the dependence on modern yet vulnerable technologies, and tall buildings open to terrorism. He believes this fragility to be the real danger of our modern world. He observed that “the biblical story of the Tower of Babel has been the blueprint for modern cities” that vie to be the tallest and most spectacular monuments to national pride and technological achievement.

“The tsunami mocks this pride,” wrote Rees-Mogg. “Our global system has an arrogance that challenges the forces of nature. It is as though mankind had decided to tweak nature by the nose to show who is the boss. The tsunami has demonstrated that nature, and not mankind, is still the real master.”

Of course, not all agree. Such sentiments of humility run counter to a pugnacious Darwinian frame of mind that says the unconquerable human spirit is capable of overcoming all of nature’s obstacles given enough time and opportunity. Mick Hume, editor of London-based Spiked Online, wrote: “The worst thing we could do in the face of the disaster would be to dampen that spirit and accept that humanity has to be more humble. The meek shall not inherit the Earth . . . nor will they be equipped to protect themselves against its occasional outrages.” He opined that “if some crackpot preacher suggested that the South Asian disaster was God’s vengeance for the sins of the tourist trade, there would be justifiable outrage.”

In the course of a heated and passionate exchange of viewpoints, Richard Dawkins, the famed writer, Oxford zoologist and militant atheist, wrote to another British newspaper, The Guardian. He remarked that “religious explanations for such tragedies range from loopy (it’s payback for original sin) through vicious (disasters are sent to try our faith) to violent (after the Lisbon earthquake of 1755, heretics were hanged for provoking God’s wrath). . . . I’d rather be preserved from religious people who give up on trying to explain [the tsunami disaster], yet remain religious. . . . Let’s get up off our knees, stop cringing before bogeymen and virtual fathers, face reality, and help science to do something constructive about human suffering.”

Stung by responses to his letter, Dawkins was provoked into almost apologizing: “It is psychologically possible to derive comfort from sincere belief in a nonexistent illusion, but—silly me—I thought believers might be disillusioned with an omnipotent being who had just drowned 125,000 innocent people (or an omniscient one who failed to warn them). Of course, if you can derive comfort from such a monster, I would not wish to deprive you. My naive guess was that believers might be feeling more inclined to curse their god than pray to him. . . . I was trying, however insensitively, to offer a gentler and more constructive alternative. You don’t have to be a believer. Maybe there’s nobody there to curse. Maybe we are on our own, in a world where plate tectonic and other natural forces occasionally cause appalling catastrophes.”

In contrast, historian Paul Johnson, writing in The Spectator, mocked the outpourings of those doubting the existence of God as a result of the Asian tsunami. The Big Wave, he remarked, “makes me doubt not the existence of God but the common sense of those who claim to be leading thinkers.”

“In the long perspective of history, nothing is more trivial than a large-scale natural disaster.”

He went on to observe that “in the long perspective of history, nothing is more trivial than a large-scale natural disaster.” The notion “that the Indian Ocean disaster should persuade us to turn our intellectual backs on a God-directed universe, seems to be puerile. . . . We are asked to draw transcendental conclusions from this event because of its scale. But the scale, in terms of the magnitude of the world and its inhabitants, is puny, almost insignificant.”

Johnson concluded: “The true theological or philosophical point to be made about the Indian Ocean wave—if, indeed, there is one—is that it is a timely reminder of the fragility of our existence in this world, the ease with which life on a sunny holiday beach can be snuffed out in a few torrential seconds, and the awesome power which nature still wields, and will always wield, in a world where science and engineering make such boastful strides in subduing her. . . . It can also be argued—and this is what our bishops, if they had any sense, would be arguing—that such events make us think about transience and death, and our own preparedness for our extinction and the life to come.”

All of these writers (and we could have quoted many more) alluded in their separate ways to God or the Bible. That isn’t at all surprising in the aftermath of a disaster of this magnitude. Clearly, however, the views expressed by all who proffer an opinion at a time like this are widely divergent. Given the conflicting interpretations even among those who cite the Bible for answers, it begs for a more authoritative view than the at times misguided, misinformed or all-too-human ideas that are expressed.

If there is a God, what is His role in the course of nature and human life? Is humanity better served by casting off faith and following the path of secular humanism, convinced that in time we will conquer our problems and become masters of our destiny?

If there is a God, what is His role in the course of nature and human life?

Determining whether sound answers can be found within the pages of the Bible surely requires looking into that book to see what it actually says.

The Bible records the uncomfortable observation that time and chance happen to all (Ecclesiastes 9:11). For example, when 18 hapless souls were killed when the tower in Siloam fell on them, Jesus Christ made it clear that they were not more sinful than others; and despite all people being sinners and needing to change (Romans 3:23), sin was not the reason for that particular calamity (see Luke 13:4–5). In the case of the patriarch Job, the calamities that engulfed him were expressly not because he had done wrong. We might understand from this that human suffering is not necessarily evidence of sin.

Nature is indeed capricious, unpredictable, sometimes violent, and resistant to cozy human notions of benign order and safety. Unfortunately that is the way things are. Humankind is simply incapable of controlling such events. They are a function of the earth’s physics and therefore quite beyond the reach of humans.

Given the realities of time and chance, and of the nature of physics, there is no reason to suppose that God specifically caused the tsunami catastrophe, though the Bible shows that God is opposed to sinful behavior and sometimes punishes it—even by means of earthquakes or other disasters.

But He is also a God of compassion and mercy who wants the best outcome for human beings. The Bible reveals that God is ever willing to come to humanity’s aid, if we are prepared to believe, trust and obey Him: “God is our refuge and strength, a very present help in trouble. Therefore we will not fear, even though the earth be removed, and though the mountains be carried into the midst of the sea; though its waters roar and be troubled, though the mountains shake with its swelling” (Psalm 46:1–3).

What encouraging words, and how prescient and applicable for our present circumstances. But such an approach requires faith, and that at a time when belief in God is evidently in ever shorter supply. It also depends on a frame of mind called humility. God responds to the humble—those who look to Him—rather than the proud (James 4:6). Humility is not a sign of weakness to be despised but an indispensable quality that enables a relationship with the powerful Being who created us.

In the fullness of time some will indeed inherit the earth (Matthew 5:5), not because of an indomitable Darwinian human spirit driving all before it, but precisely because it is within God’s power—and only within God’s power—to grant that as His gift. And the ones to whom God will grant it are, according to Christ’s words, “the meek”—those who have humbled themselves to allow a relationship with God to grow.

Shining through the fog of human anguish, of understandable anger, frustration and helplessness, there is hope—and there are answers.

These terrible events are without a doubt humbling. They resist easy and trite answers. They challenge erroneous and incomplete human notions about God’s nature, power and manner of functioning. But shining through the fog of human anguish, of understandable anger, frustration and helplessness, there is hope—and there are answers. God’s nature is one of love and compassion. He is working out a plan and purpose on a scale most fail to comprehend. The Bible describes that purpose if we are willing to examine it. And there is a simple place to begin. Having been humbled by the forces of nature, might we see past those powerful forces to an even more powerful God and the purpose He has for our lives?

So-called Mother Nature is not God. Our modern generation has increasingly lost sight of the truth that an all-powerful God created nature and its forces—the heavens and the earth and all life; a God who, in the working out of His plan and purpose, allows humans the liberty of free moral agency to choose their own destiny, but who nevertheless says that obedience to Him will sooner or later be blessed, and that disobedience, in the fullness of time, will be punished (see Ecclesiastes 12:13–14). This ancient spiritual truth is hardwired into our existence as surely as are the laws of gravity, energy and relativity. Isn’t it time we relearned this ancient truth?

Perhaps we should reflect on the following passage, which concludes a section of Scripture that encourages humility, belief and reliance on God:

“Come now, you who say, ‘Today or tomorrow we will go to such and such a city, spend a year there, buy and sell, and make a profit’; whereas you do not know what will happen tomorrow. For what is your life? It is even a vapor that appears for a little time and then vanishes away. Instead you ought to say, ‘If the Lord wills, we shall live and do this or that’” (James 4:13–15).

This is a principal lesson we might all learn: far from being an admission of weakness, humility opens the way to understanding the will of God.