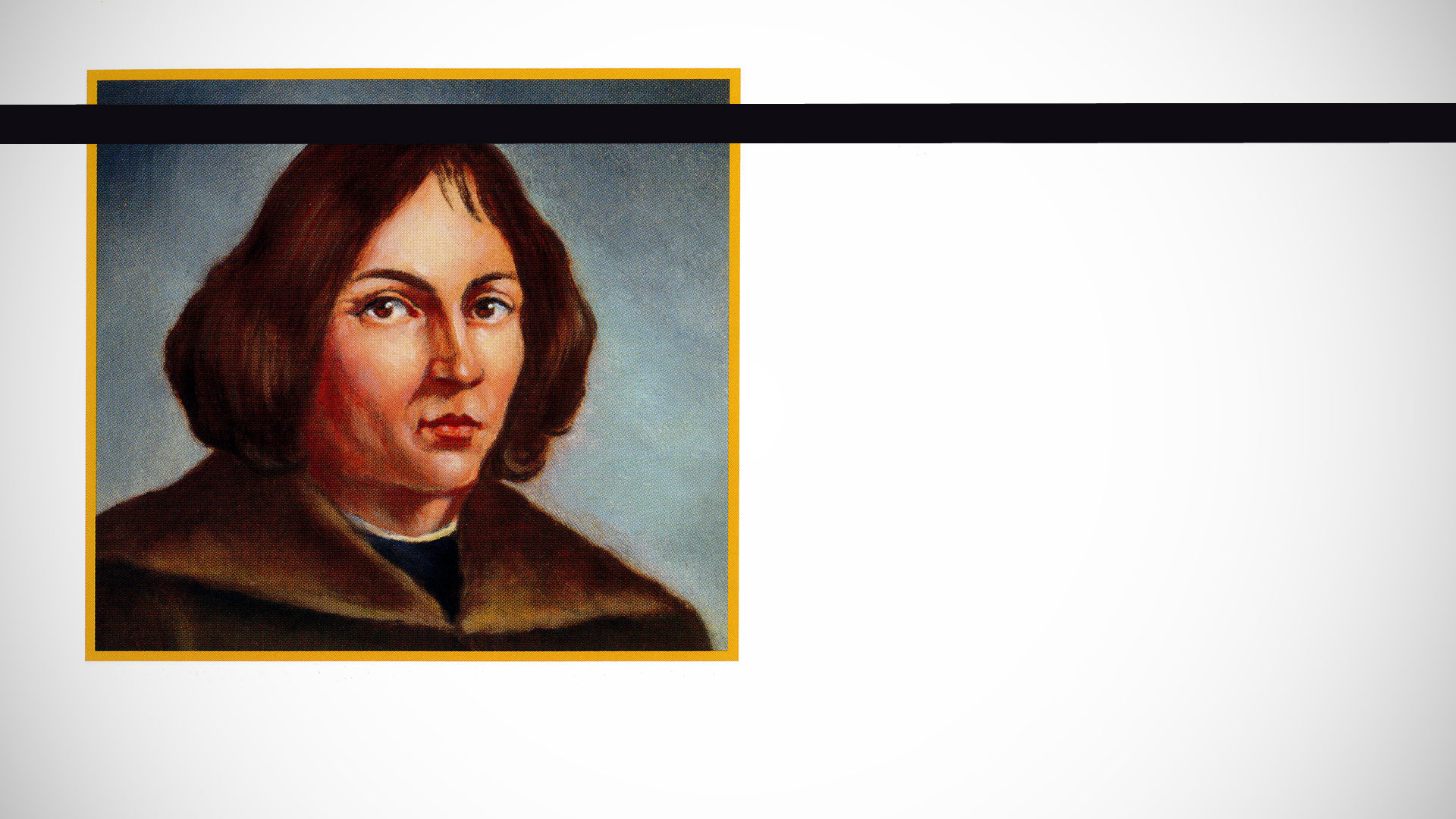 His theories revolutionized the way we use science and unlocked the door that great astronomers like Tycho Brahe, Johannes Kepler and Galileo Galilei later threw wide open.

Nicolaus Copernicus, considered the father of modern astronomy, was born Mikolaj Kopernik at Torun, Poland, in February 1473. Because his father, a prominent merchant, died when the boy was only 10, an uncle assumed responsibility for his education. Copernicus thus went to the University of Cracow at the age of 18. While studying mathematics he learned the Ptolemaic explanation of the structure of the solar system from a professor, the prominent mathematician Albert Brudzewski, and was prompted to research further.

The accepted cosmology in Europe at the time had been formulated in the second century by Egyptian astronomer and geographer Claudius Ptolemy. In this model, the sun, moon and planets were described as orbiting the earth—the center of all things. Ptolemy had described their movements as if they were ornaments embedded in shells at various distances; he accounted for observations that went against this by proposing hidden gearwheels, making circles within circles.

This deficient explanation came about through peculiar circumstances. About three centuries before Christ, Greek astronomer and mathematician Aristarchus of Samos had made a heroic attempt to gauge the mass and distance of the sun and the moon. This led to his conclusion that the much smaller earth must circle the sun, just as the moon circles the earth. His work was widely recognized, but because of the influence of Greek philosopher Aristotle, who appealed to the “common sense” notion that truth must be self-evident, Aristarchus’s ideas were consigned to the rubbish heap. To Aristotle, nothing was more self-evident than that the earth does not move.

Thomas Aquinas (1225–1274), the great philosopher of the Roman Catholic Church, reconciled his church’s theology with Aristotelianism, including the Ptolemaic model of the solar system. As the Roman church rose in power and influence, the Aristarchean model was largely forgotten and the Ptolemaic model heavily endorsed.

This, then, was the accepted view of astronomy in Copernicus’s time. Inspired by Brudzewski but disturbed by his doctrinaire understanding of the subject, Copernicus enrolled in the University of Bologna to further his studies in astronomy while pursuing a degree in canon (ecclesiastical) law. To ensure financial support for his continuing education, his uncle, now the Bishop of Warmia, conferred the office of canon of Frombork on the young Copernicus.

While at Bologna, he became apprenticed to a well-reputed astronomer, Dominico Maria de Novarro, and in the spring of 1500 he went to Rome and gained critical attention for a course in mathematics that he assembled and taught.

The following year, while still studying law, he decided to pursue a medical degree at the University of Padua, and in 1503 he was awarded both a doctorate in canon law and a license to practice medicine.

Armed with many scholastic honors, he returned home and worked as assistant and personal physician to his uncle the bishop until 1512, when the bishop died. In the meantime he quietly made delicate astronomical observations that ran against the Ptolemaic system.

When Copernicus researched the neglected works of Aristarchus, applying the heliocentric or sun-centered theory, he found that Ptolemy’s invisible cogs were no longer needed. Accordingly, in about 1513, the aspiring astronomer produced a short handwritten monograph that resurrected Aristarchus’s ideas as a viable theory. He circulated it among some friends in the mathematics and astronomy field, who welcomed it warmly.

In 1514 Copernicus was invited back to Rome by the Lateran Council to advise church officials on calendar reform. Over the ensuing years he provided calculations that helped lead to the adoption of the Gregorian calendar nearly 40 years after his death. He took every opportunity to further his understanding of the universe through observation and calculation, all the while occupied with his various ecclesiastical duties.

The information he gathered became the basis of his greatest work, De Revolutionibus orbium coelestium (On the Revolutions of the Celestial Spheres). By 1533, when he was 60, Copernicus presented his theory in a series of lectures in Rome. Even Pope Clement VII was impressed, and various friends and church officials urged Copernicus to publish it more widely.

He hesitated, however, wanting to check and recheck his calculations for accuracy. Eventually his principal disciple, George Joachim Rheticus, encouraged him to assemble his work into printable form.

Rheticus was opposed in his effort to get Copernicus’s work published by no less a person than Martin Luther, who described Copernicus as “an upstart astrologer” and a “fool [who] wishes to reverse the entire science of astronomy.”

Rheticus then sought the support of Lutheran theologian and amateur scientist Andreas Osiander in Leipzig. With his help, Copernicus’s great work was published in 1543. A copy of it is said to have been delivered to Copernicus on his deathbed.

Unexpectedly, however, Osiander had hedged his bet and inserted (on his own authority) a preface stating that heliocentricity was only a convenient mathematical hypothesis for simplifying planetary computation. Osiander himself was apparently unconvinced that the Ptolemaic model could be wrong, or he may have feared reprisal for his involvement.

The unauthorized preface notwithstanding, it is clear throughout the book that Copernicus passionately believed the sun to be the center of our solar system. Perhaps it is exactly because of that preface, though, that the book wasn’t placed on the Roman Catholic Church’s Index, or list of forbidden books, until the time of Galileo, when the issue of heliocentricity would come to a head.

“The revolution initiated by Copernicus entailed not just a shift in axioms but eventually involved a whole new approach to nature.”

The late science writer Isaac Asimov observed that “the revolution [in astronomy] initiated by Copernicus entailed not just a shift in axioms but eventually involved a whole new approach to nature.”

Copernicus wanted to correct the science of astronomy, even though that might invite the wrath of the most powerful intellectual elite. He recognized the power of truth and refuted the “self-evident” philosophy that had been adopted by those unwilling to question it. Perhaps the lesson of Copernicus is to be valiant for truth rather than comfortable with falsehood.