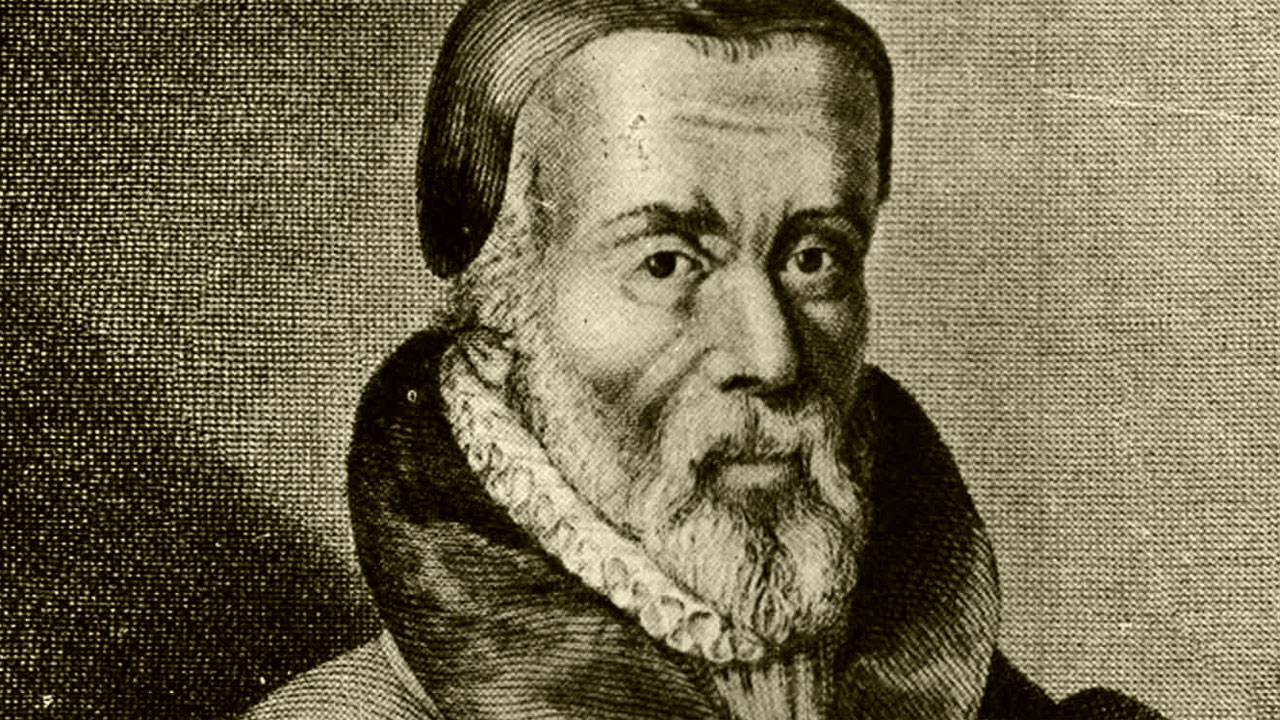 In the autumn of 1535, the English Bible translator William Tyndale awaited his fate in Vilvoorde Castle near Brussels. Charged with heresy by the Roman Catholic authorities, he was ill, cold and alone in his cell.

During his life he had translated the New Testament and Pentateuch into English, giving England its first translation from the original languages. (Wycliffe’s earlier English translation had been from Latin). But Tyndale still had work to do: the rest of the Old Testament lay ahead. So he wrote a letter to the prison governor requesting his Hebrew Bible, Hebrew grammar books and a Hebrew dictionary, as well as warmer clothing to help him endure the coming winter. Perhaps understanding the futility of his request but trusting in the God he had come to know through translating His words, Tyndale concluded his letter: “But if any other decision has been taken concerning me, . . . I will be patient, abiding the will of God. . . .”

Tyndale grew up with an understanding of the need for a Bible printed in English. He was born around 1494 in Gloucestershire, a county long associated with the Lollards, who preached from Wycliffite Bibles that had been laboriously copied by hand. This gave him a perspective that most of England missed. All other religious services were conducted in Latin, though few, including the priests, understood the language. The Latin Bible itself was a cumbersome volume seen only occasionally in the nation’s churches.

While attending Oxford University, Tyndale became skilled in Greek and Latin and, through Desiderius Erasmus’s Novum Instrumentum, gained access to the Greek New Testament. The Dutch humanist and theologian had written the work in an effort to correct the Latin Vulgate’s many errors. His was the first Latin translation of the Greek New Testament in over a thousand years. Printed in parallel columns of Greek and Latin, the new Latin version caused outrage in conservative circles, but access to the Greek gave Tyndale the start he needed to make his English translation.

Several years later, however, Tyndale’s skill with the Scriptures would lead to accusations of heresy, though these were never proved. An incident recorded by the historian John Foxe in his Acts and Monuments (known today as Foxe’s Book of Martyrs) strengthened Tyndale’s commitment to give the English people a Bible they could finally understand. Foxe relates that a learned man told Tyndale, “We were better to be without God’s law than the pope’s.” Tyndale replied, “I defy the pope, and all his laws,” and added that “if God spared [Tyndale] life, ere many years he would cause a boy that driveth the plough to know more of the Scripture than [the pope] did.”

Sometime in the summer of 1523 Tyndale approached the Bishop of London, Cuthbert Tunstall. Armed with his translation of a speech by Isocrates, a Greek orator of the fourth century B.C., Tyndale presented proof of his readiness to render the Greek New Testament into English. Although Tunstall was a friend of Erasmus and would have recognized Tyndale’s abilities as a translator, he refused the request. Realizing that he would not be able to undertake his translation in England, Tyndale sailed to Germany, never to return.

[Tyndale’s] pocket-sized New Testaments had to be smuggled into England, where they were sold openly to eager buyers.

After narrowly avoiding capture in Cologne during the early stages of the printing of his first New Testament, Tyndale managed to complete a large print run in Worms in 1526. The pocket-sized New Testaments had to be smuggled into England, where they were sold openly to eager buyers. Furious, Bishop Tunstall burned all the copies he could trace and arranged for his representatives to buy up translations before they left the Continent. Ironically, this served to fund Tyndale’s subsequent translation and revision efforts, and the flood of English New Testaments continued unabated.

In addition to his translations of the Bible, Tyndale wrote several books including The Obedience of a Christian Man, The Parable of the Wicked Mammon and The Practice of Prelates. Although written to contradict the allegations against him, the books further angered his enemies, especially the English statesman Sir Thomas More. More privately admired Tyndale’s translations, but he nevertheless considered him a heretic who had to be destroyed. Calling him a “hell-hound in the kennel of the devil” and “a new Judas,” More said that in translating the New Testament into English, Tyndale was “discharging a filthy foam of blasphemies out of his brutish, beastly mouth.”

Foxe records that shortly after Tyndale started translating the Old Testament into English, he headed for Hamburg to print the book of Deuteronomy, but was shipwrecked. He lost everything, including copies of his manuscript, and had to start afresh. With the help of another English translator, Miles Coverdale, he published his Pentateuch in early 1530. Hebrew was virtually unknown in England—Tyndale apparently learned it in Germany—so with his Old Testament work, the English were able for the first time ever to read English translated from Hebrew.

Tyndale published a revision of his magnum opus, his New Testament translation, in 1534. Printed again in pocket size, this was the first translation to have his name on the title page. In the prologue he acknowledged the delay in production but assured his readers that he had done the most careful job possible: “I have looked over [it] again . . . with all diligence, and compared it unto the Greek, and have weeded out of it many faults, which lack of help at the beginning, and oversight, did sow therein.”

Shortly after publication of the revised New Testament, Tyndale was betrayed to the authorities in Brussels and imprisoned for 16 months. On or about October 6, 1536, after all attempts to secure his release had failed, he was strangled to death at the stake and his body burned. Foxe records that before he died, Tyndale cried out in a loud voice, “Lord! open the king of England’s eyes.”

His prayer appears to have been answered within a matter of months. Shortly after Tyndale’s death, King Henry VIII licensed the first official English Bible. Published in 1537 and named “Matthew’s Bible,” it was prepared by Tyndale’s friend, John Rogers, and included Tyndale’s final revision of his 1534 New Testament, the 1534 Pentateuch and his Old Testament work up to the book of Chronicles. The remainder of the Matthew’s Bible’s Old Testament was edited from Coverdale’s English Bible. (Coverdale, apparently unbeknownst to Tyndale, had printed the first complete English Bible in 1535, working primarily from the Latin Vulgate.) Between the two Testaments in the Matthew’s Bible, the large ornamental initials WT silently attest to Tyndale’s remarkable contribution.