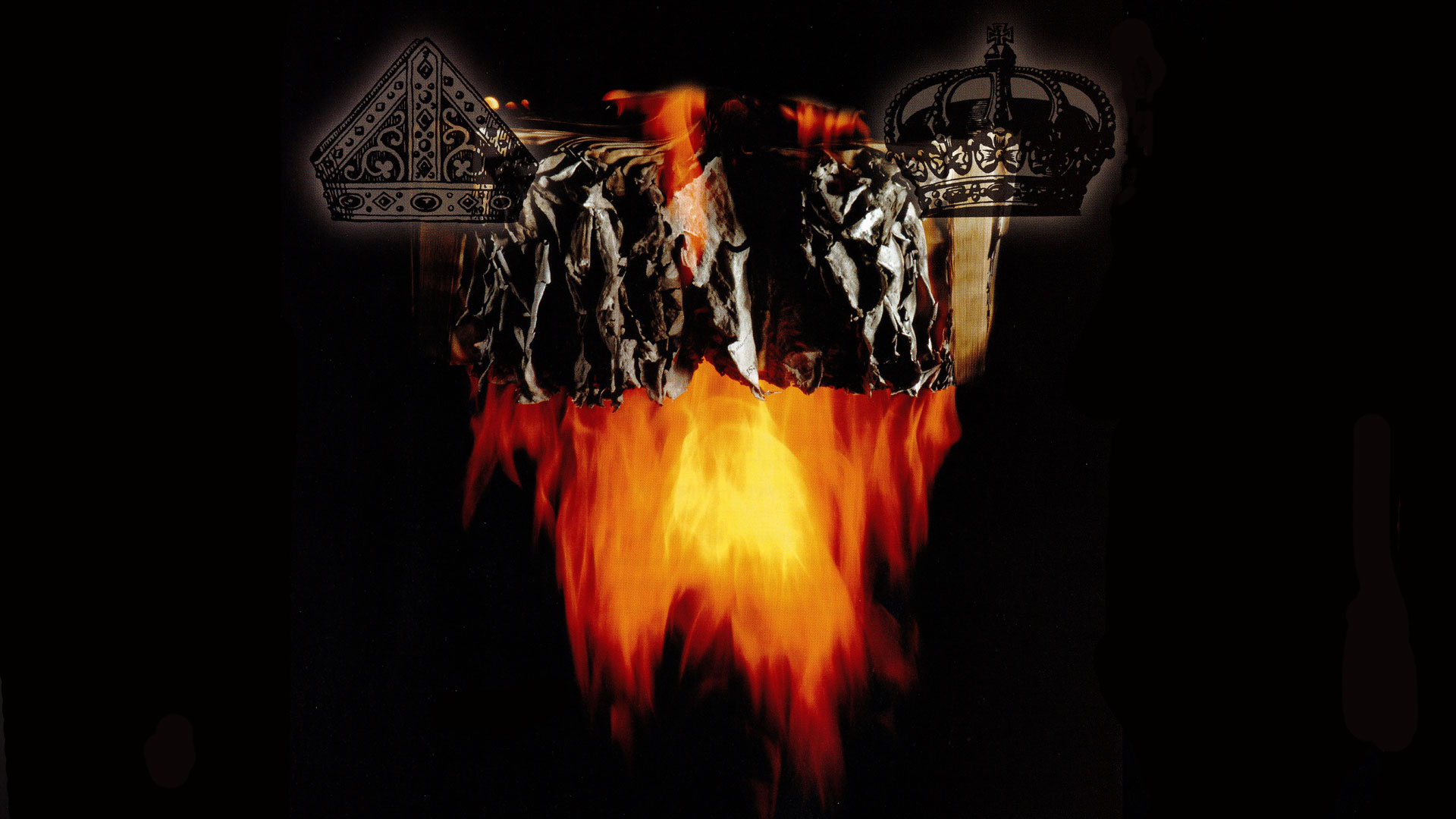 To many, Christians are “the people of the Book.” That book is readily accessible today in countless languages, so it is difficult to comprehend that opposition to its translation into the vernacular was a grueling battle fought to the death in the Middle Ages, with the church at Rome as chief antagonist. Even today there are many who, for disparate reasons of religion, philosophy, politics or science, would be happier to consign the Bible once more to its Latinate limbo, where it lay generally unread for about a thousand years.

By the time of the Protestant Reformation, the Book of books was at last being widely translated into a number of western European languages. In England, however, the clergy and the state remained in the vanguard of those most implacably opposed to a Bible in their mother tongue. The high price, including persecution and even death, that a courageous few paid to make the Scriptures available in English is not generally known. The forces that drove such persecution—and that continue to have influence—are even less well known.

Neither is it widely appreciated that those early translations of the Bible into English influenced the future of the British people and also laid a foundation for the culture and constitution of the United States. It isn’t hyperbole to say that we cannot even understand or explain the history of the English-speaking peoples without a thorough grasp of the immense part that the vernacular English Bible has played. Its influence continues—often unrecognized and unacknowledged in English-speaking Western civilization—in its laws, customs, and even politics.

This year, 2004, marks the 400th anniversary of the commissioning of the King James Version by James I of England. With its subsequent “Authorized Version” revisions, it remains a revered and familiar standard. Yet the King James Version was by no means the first English Bible, nor, until 150 years after it was first published, was it even considered the most important. The story of how the English-speaking world came to have the Bible in their language is a fascinating study in courage and corruption, in perseverance and persecution.

Very soon after the dawn of Christianity, parts of what would become the New Testament began to appear in Greek. The Hebrew Old Testament had already appeared in a number of Greek translations. Greek was the lingua franca of much of the ancient Roman Empire, just as English is nearly universal today. Many of the empire’s citizens and slaves were Greeks or Greek speakers. The Scriptures could thus be read by those schooled in that language, provided they had access to a not-so-common and expensive hand-copied manuscript.

Christianity may have begun to arrive in Britain very soon after Christ’s crucifixion and resurrection—possibly after the Roman invasion of A.D. 43. One tradition has it that the first missionaries were 12 in number and that they settled in Glastonbury. It is said that they were led by Joseph of Arimathea, the pious Jew who went to Pilate to request the body of Christ for burial.

Constantine, who had been proclaimed emperor in A.D. 306 at the Roman military headquarters in York, England, imposed the Roman version of Christianity as the state religion of the Roman Empire. Yet in Roman Britain the new religion was never strong, since it coexisted and intermingled with indigenous paganism. When Roman rule collapsed in the early fifth century, Constantine’s religion lost its authority and Celtic paganism may well have revived. Britain entered the Dark Ages of invasion and settlement by Angles, Saxons, Jutes, and later, Vikings.

In 597 Pope Gregory sent Augustine (of Canterbury, not Hippo) to begin the task of converting the British. He was surprised to discover an already established and active church in the western part of the British Isles. It resisted Augustine’s attempts to impose Roman authority over it, but in 664, at the Synod (or Council) of Whitby, powerful ecclesiastical elements ensured that the English church would come under the rule of Rome, where it remained until the Protestant Reformation.

Meanwhile, largely as a result of the East-West division of the Roman Empire after Constantine’s death, Latin had begun to replace Greek as the lingua franca of the Western world. It shouldn’t be construed, however, that most of the peoples and races that came under the influence of the Roman church understood Latin; it was established only as the “high” language of the educated—of scholarship, diplomacy and imperial religion.

Direct biblical knowledge, however little that may have amounted to, faded almost entirely from the religious landscape.

Latin translations of the Scriptures had already begun to appear by the second century, though they are generally considered to have been of dubious quality. They were later replaced by Jerome’s translation. But the Roman religious hierarchy, having adopted Neoplatonic ideas on governance, determined that a book as complex as the Bible could be dangerous in the hands of ordinary people. The church promulgated the notion that its tradition, which it claimed predated much of New Testament Scripture, was preeminent. Thus the church itself became the vehicle for access to God. For many centuries even complete Latin Bibles were very scarce. As a result, direct biblical knowledge, however little that may have amounted to, faded almost entirely from the religious landscape.

Historian Benson Bobrick describes the situation this way: “In the beginning was the Word, and that word was Hebrew and Greek. In the fourth century, it was translated by St. Jerome into Latin, where in the form of manuscript copies it was reserved unto the medieval clergy to dispense as they saw fit. That period of scriptural exclusion endured for a thousand years” (Wide As the Waters, 2002).

Very little in the way of translations of even fragments of Scripture into vernacular western European languages, including English, seems to have occurred prior to the Protestant Reformation. Exceptionally, there was interest in translating the Bible into Old English (Anglo-Saxon) from the middle of the 9th century to the middle of the 11th. King Alfred of Wessex (871–99) ruled one of several English kingdoms at the time. He was a devout and scholarly king who introduced a legal code based on Old Testament laws and saw himself in the mold of an Israelite king reforming a wayward nation cursed by invaders. In the early 11th century, an abbot named Aelfric worked extensively on translating the Old Testament into Anglo-Saxon. But in 1066 England was conquered by the Normans, who transplanted their culture onto English soil. As a consequence, French replaced Anglo-Saxon as the official spoken language of government, while documents continued to be written in Latin, and the English population quickly descended into uniform illiteracy.

With a Norman-French church loyal to the pope and hostile to popular access to the Scriptures, knowledge of the Bible in Anglo-Saxon dissipated, and any chance of a Bible in English must have seemed remote.

Neither was there much hope that the common people would gain biblical knowledge in other ways. Religious services were conducted by a priest with his back to his audience speaking in an incomprehensible tongue. Ornately decorated churches, with wall paintings and stained-glass windows—not by any means all depicting scriptural scenes—became a large element of what sparse “biblical” instruction there was.

Any religious instruction given was just as likely to involve secular, popular folk heroes as biblical characters. Regular mystery plays were cultural events that absorbed huge amounts of energy and industry from towns and their guilds. The plots of the stories are illuminating: in their own way some related biblically based themes such as the fall of man, the Flood, the incarnation of Christ, and redemption; yet very little Bible narrative per se was recognizable in the story lines. In addition there were nonbiblical themes such as the assumption and coronation of the virgin Mary.

“The New Testament could have been seen at first as a strange, even alien, intruder into popular minds full of Robin Hood, Bevis of Hampton, Hercules, Hector and Troilus.”

The broad lack of familiarity with the Bible, its truths, and actual biblical accounts meant that when the English-language version of the New Testament eventually became publicly available, it was viewed with some concern. As David Daniell writes of the difference in perspective between now and then, “the accessibility of the Bible is generally taken so much for granted that it takes effort to grasp that in 1526 [460 years after the Norman invasion] the New Testament could have been seen at first as a strange, even alien, intruder into popular minds full of Robin Hood, Bevis of Hampton, Hercules, Hector and Troilus” (The Bible in English, 2003).

The Bible as Heresy

Given the circumstances following the Norman conquest, it seems nothing short of miraculous that Bible texts, sometimes even complete Bibles, began to appear in English around the 1380s. These works were attributed to John Wycliffe, and they elicited opposition that was rigorous and often violent.

Up to that time no English citizen had suffered the death penalty as a result of being declared a heretic. But a new law in 1401 decreed that heretics be burned alive. Many were to suffer terrible and lingering deaths over the next century as a direct consequence of this law, particularly as it was expanded and ratified by the church in 1409 through a number of church constitutions.

According to Alfred W. Pollard’s Records of the English Bible, one such decree went so far as to forbid that anyone should “translate any text of Holy Scripture into the English or other language, by way of a book, pamphlet or tract, and that no book, pamphlet or tract of this kind be read, either recently composed at the time of said John Wyclif, or since then, or that in future may be composed, in part or in whole, publicly or privily, under pain of the greater excommunication.”

The “greater excommunication” meant two things—a grisly death and the damnation of the soul—as explained by Brian Moynahan in If God Spare My Life (2001): “The Church imposed a double jeopardy on heretics. The earthly poena sensus, the punishment of the senses, was achieved by the stake and the fire. If . . . the person was convicted after he was dead, the penalty was imposed on his remains. The poena damni proclaimed by the bishops . . . pursued his . . . soul into the life everlasting. It damned him to absolute separation from God and to an eternity in hell.”

Unprecedented persecution was visited on any who would dare to promote or possess even a scrap of the Bible in English.

Unprecedented persecution was thus visited on any who would dare to promote or possess even a scrap of the Bible in English. From the first year of the 15th century, a bleak period descended during which no further work of Bible translating was undertaken in England. Daniell notes that the ban “was used as a means of searching out heretics well over a hundred years later.”

However, other powerful forces for change were beginning to take shape, the impetus of which utterly overwhelmed official resistance to a Bible in the vernacular, thereby transforming the religious and social landscape. In the words of a noted English historian, “England, which at the beginning of the sixteenth century seems to have been one of the most Catholic countries in Europe, became, by the seventeenth century, the most virulently anti-Catholic” (Patrick Collinson, The Reformation, 2003).

What caused such a sudden and complete change of direction?

In Part Two we will explore these historical and transforming forces and how their effect is felt to this day.