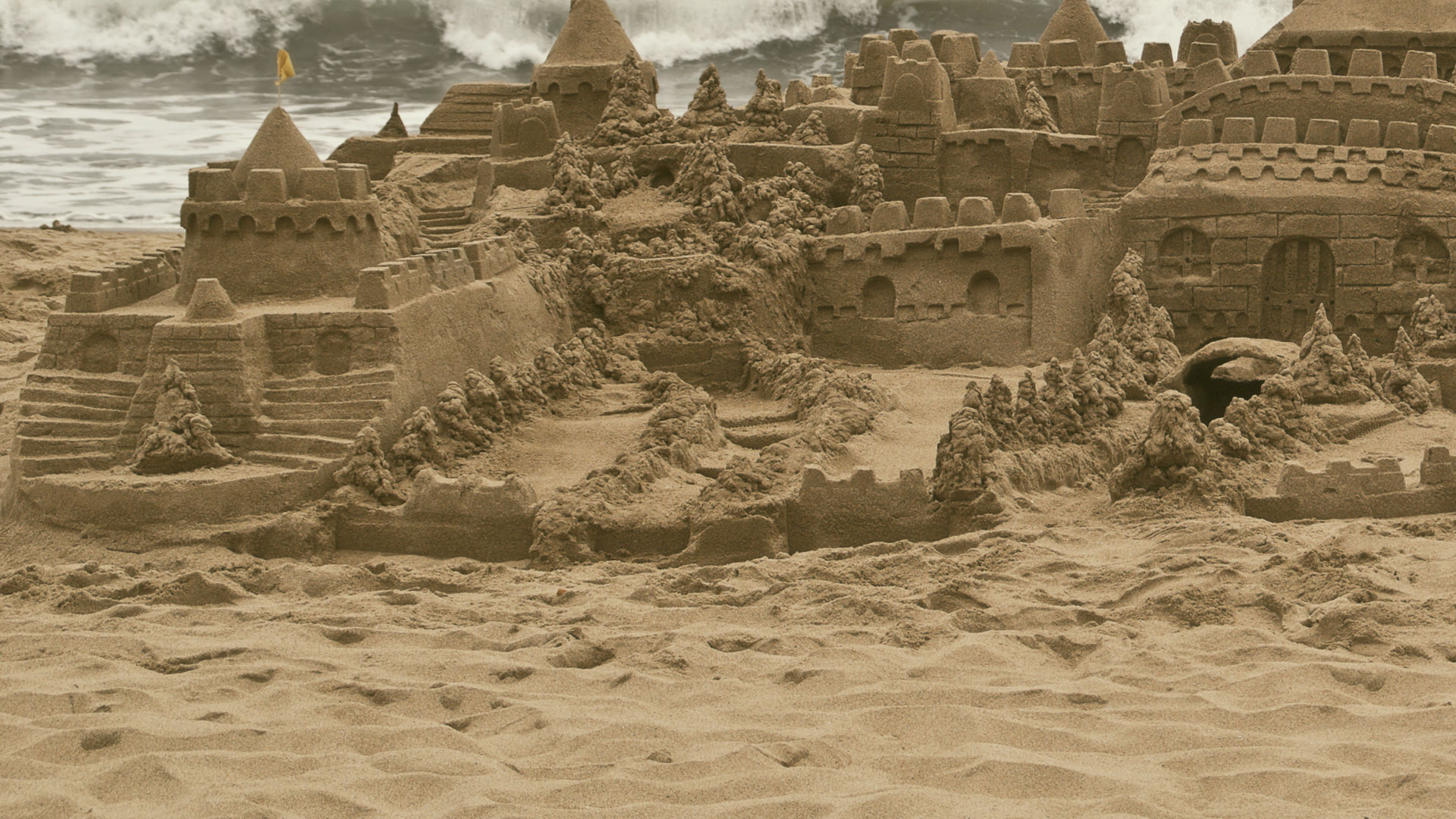 The average schoolchild in the Western world, at some point in the curriculum, learns about the fall of the Roman Empire. It was a civilization the like of which the world had never seen—of immense power and geographic spread, unconquerable, all-encompassing. Yet the time came when it collapsed and was no more.

The image of a once invincible empire disintegrating into dust is one that unnerves us when we think in terms of our own sophisticated, complex, ascendant Western culture. After all, we are told that democracy and the capitalist system have triumphed and that the evolution of economics has reached its pinnacle.

But could we face the same fate as the Romans did long ago? Could civilization as we know it suddenly collapse? This intricately enmeshed global society may be far more fragile than we think.

Just how vulnerable can a civilization be?

In the late 19th century, archaeologists excavated the Euphrates flood plain in search of lost cities. The ruins they found were once the center of civilization. Those cities were filled with art and literature and great agricultural abundance. There, in what is today Iraq, archaeologists found the ruins and artifacts of once-proud Assyrian and Babylonian cultures.

The effect on those 19th-century visitors to a sand-covered ancient world was perhaps a little different than it would be today. Maybe they were not so concerned about the potential parallels with their own nations. After all, they were living in an era of faith in Western civilization—of pride in its achievements. The powerhouse nations of western Europe dominated the world’s trade and industry in the bustling late 19th century.

Today we live in a world far less certain of its moorings, far less confident of its future. A modern visitor to those same sands of Iraq might realize that the civilization we know could end up the same—in a pile of windswept rubble. We could find 21st-century civilization as fragile as the Assyrians or Babylonians found theirs.

Is there a source of assurance about the future? Is there any comfort to be found for our anxiety over our civilization?

There is, but unless human pride is bridled, it is guaranteed that we will face the loss of civilization once more.

In a book as old as the ruins under those Middle Eastern sands, the only One who can bring lasting comfort says that He has played a role in the downfall of prideful civilizations: “I will punish the fruit of the arrogant heart of the king of Assyria, and the glory of his haughty looks”—a statement recorded by the Hebrew prophet Isaiah (Isaiah 10:12). Further, he wrote: “And Babylon, the glory of kingdoms, the beauty of the Chaldeans’ pride, will be as when God overthrew Sodom and Gomorrah” (Isaiah 13:19).

Yet God, through His prophets, also confirms that He will play a role in the prosperous future of various ancient peoples. For example, Isaiah also says that there is coming a time when “Israel will be one of three with Egypt and Assyria—a blessing in the midst of the land, whom the Lord of hosts shall bless, saying, ‘Blessed is Egypt My people, and Assyria the work of My hands, and Israel My inheritance’” (Isaiah 19:24–25).

How can it be that God, who says He punishes cultures to the point that their glory disappears in oblivion, will restore them in peace and harmony? The answer is bound up in the truths surrounding another prophesied event—the return of Jesus Christ to the earth.

There is a grand design in all that God purposes and allows. He reminds us of His ultimate control with these words: “Remember the former things of old: for I am God, and there is no other; I am God, and there is none like Me, declaring the end from the beginning, and from ancient times things that are not yet done, saying, ‘My counsel shall stand, and I will do all My pleasure’” (Isaiah 46:9–10).

Can human civilization collapse? Without a doubt. Will it continue to fail? For sure. Will civilization be restored in such a way that peace and prosperity are assured for all? Well, that is the message of the Bible.

In early New Testament times the first followers of Jesus believed very firmly that eventually a new age would dawn for humanity. They were still living under the might of the Roman Empire, an iron civilization that held them in its grip. Yet they knew from the ancient prophets and from what Jesus had taught them that a new world was coming at His return.

Expressing their conviction, the book of Acts puts it this way: “But those things which God foretold by the mouth of all His prophets, that the Christ would suffer, He has thus fulfilled. Repent therefore and be converted, that your sins may be blotted out, so that times of refreshing may come from the presence of the Lord, and that He may send Jesus Christ, who was preached to you before, whom heaven must receive until the times of restoration of all things, which God has spoken by the mouth of all His holy prophets since the world began” (Acts 3:18–21).

The early Church understood “the times of restoration [or restitution] of all things” to be a reference to the establishment of the long-awaited kingdom of God on the earth—the time when humanly devised civilization will give way to God’s beneficent rule.