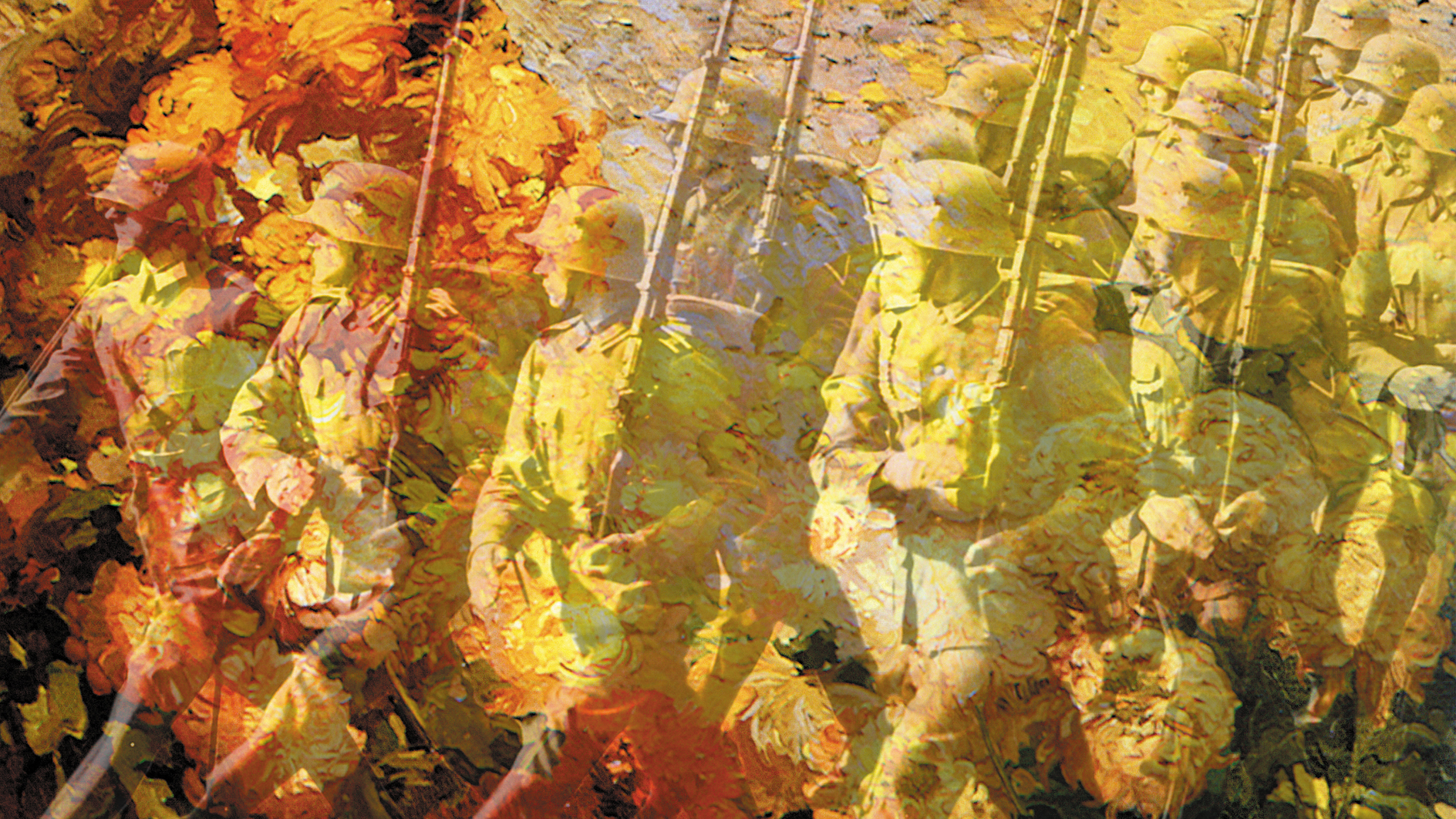 Have you ever heard of hot and cold evil?

A few years ago a friend introduced me to the concept. Hot evil, he said, was the kind that outraged most people immediately. Examples might be a violent crime against innocent children, or an attempt at genocide. Cold evil was far more insidious—the kind of evil that many of us have participated in through apathy or seeming powerlessness. What Adolf Hitler did to the Jewish people and other minorities was hot evil. Those who were aware of that atrocity and participated in it by doing nothing took part in cold evil.

Was the one evil worse than the other? Surely they were both horrible. Of course, the perpetrator of evil is reckoned worse because of direct involvement. But as Edmund Burke said, the only thing necessary for the triumph of evil is for good men to do nothing. So the so-called powerless can be implicated very seriously.

It’s a familiar thought, and one echoed in a statement from American political philosopher Hannah Arendt. She once wrote about Adolf Eichmann, who was convicted of horrific war crimes against the Jewish people. She said, “The trouble with Eichmann was precisely that so many were like him, and that the many were neither perverted nor sadistic, that they were, and still are, terribly and terrifyingly normal. From the viewpoint of our legal institutions and of our moral standards of judgment, this normality was much more terrifying than all the atrocities put together.”

So which is worse, hot evil or cold evil? Does it even make sense to choose between one evil and another? The point we so easily forget is that in choosing between two evils, whichever choice we make, both are still evil. The problem here, as Arendt pointed out, is that ordinary human nature can lead to some pretty awful behavior.

How many times have we regretted doing nothing and allowing another to suffer the impact of evil intentions? Are we our brother’s keeper? That famous phrase comes from one of the most ancient accounts in Western culture. It’s the timeless story of Cain and Abel. What happened to those two brothers is a powerful warning of what can happen when hot evil is not mastered on an individual level.

The account of their fateful encounter is in the book of Genesis, chapter 4. It’s a primal account of the way human nature can take any of us when unrestrained.

When you read the account of the two brothers, the difference in attitude is apparent. Genesis says: “Now Abel was a keeper of sheep, but Cain was a tiller of the ground. And in the process of time it came to pass that Cain brought an offering of the fruit of the ground to the Lord. Abel also brought of the firstborn of his flock and of their fat. And the Lord respected Abel and his offering, but He did not respect Cain and his offering. And Cain was very angry, and his countenance fell. So the Lord said to Cain, ‘Why are you angry? And why has your countenance fallen? If you do well, will you not be accepted? And if you do not do well, sin lies at the door. And its desire is for you, but you should rule over it.’ Now Cain talked with Abel his brother; and it came to pass, when they were in the field, that Cain rose up against Abel his brother and killed him” (verses 2b–8).

Cain was obsessed with his brother’s right behavior, and his own inadequacy became a source of animosity.

Abel was doing the right thing, but Cain was not. He allowed his obsessional hatred to drive him on. He failed to master it. Cain, in fact, was obsessed with his brother’s right behavior, and his own inadequacy became a source of Cain’s animosity. The Bible Knowledge Commentary puts it this way: “It is as if he could not wait to destroy his brother—a natural man’s solution to his own failure.”

In Genesis the account continues: “Then the Lord said to Cain, ‘Where is Abel your brother?’ He said, ‘I do not know. Am I my brother’s keeper?’ And He said, ‘What have you done? The voice of your brother’s blood cries out to Me from the ground’” (verses 9–10).

What is the source of this kind of behavior? The apostle John makes the answer clear in one of his letters to the early Christian Church. He says in reference to Cain and Abel: “In this the children of God and the children of the devil are manifest: Whoever does not practice righteousness is not of God, nor is he who does not love his brother. For this is the message that you heard from the beginning, that we should love one another, not as Cain who was of the wicked one and murdered his brother. And why did he murder him? Because his works were evil and his brother’s righteous” (1 John 3:10–12).

So the antidote for hot evil lies in the mastery of sin and in the individual overthrow of the power of the ultimate malevolent force. And what about cold evil? The account of Cain and Abel also hints at the concern we must express for each other in the concept of being our brother’s keeper.

Are we our brother’s keeper? Yes, indeed we are. Are we subject to wrong influences and impulses? Yes, we are. Is there a way out? Yes, there is. The answer lies in changing human nature. And that sounds impossible. But is it? We’ll discuss that next.

The role that envy, jealousy and anger played in the Bible’s first murder is most instructive. When Cain killed Abel, he set a pattern that has become all too familiar. His obsession with his brother’s goodness in the face of his own failure to do right brought him to the point of murder.

Human nature has obsessive tendencies. It has proven very difficult to master. According to author Henry Miller, “Man has demonstrated that he is master of everything—except his own nature.” Albert Einstein claimed that it was easier to denature plutonium than to change human nature.

So how do we overcome our nature? God told Cain that sin was crouching at his door, in waiting for him. Cain was supposed to master the impulse to do wrong. How could he have done that?

The answer comes in the writings of a man who struggled with his nature more than most. Listen to these words. Do they describe your frustrations with yourself? “For what I will to do, that I do not practice; but what I hate, that I do. If, then, I do what I will not to do, I agree with the law that it is good. But now, it is no longer I who do it, but sin that dwells in me. For I know that in me (that is, in my flesh) nothing good dwells; for to will is present with me, but how to perform what is good I do not find. For the good that I will to do, I do not do; but the evil I will not to do, that I practice” (Romans 7:15b–19).

It’s a description of a man caught up in his human weaknesses—someone who was trying to live the right way. The apostle Paul recognized that without outside help he could do nothing—that human nature is, as he said, antagonistic to the laws and ways of God.

He wrote in his letter to the early Christians at Rome: “. . . to be carnally minded is death, but to be spiritually minded is life and peace. Because the carnal mind is enmity against God; for it is not subject to the law of God, nor indeed can be” (Romans 8:6–7).

What did he mean by “the carnal mind”? The carnal mind is the natural human mind. It is a mind that of itself would never submit to the law of God over it. In other words, of ourselves, we are unwilling to have God rule over us. The human mind has to be changed by God’s intervention. Then it becomes possible for the Spirit of God to enlighten us and to show us what we really are capable of—both good and bad.

Paul came to see that with the Spirit of God at work in us the requirement of the law of God could be met. Without His Spirit we can never overcome our nature.

At the beginning of the New Testament Church, the disciples found themselves in a very public exchange with their fellow citizens—those who had participated in the death of Christ. Their countrymen were cut to the heart when they realized that they had participated in the murder of an innocent man. Notice how the book of Acts describes their reaction. In response to the disciples, they said: “‘Men and brethren, what shall we do?’ Then Peter said to them, ‘Repent, and let every one of you be baptized in the name of Jesus Christ for the remission of sins; and you shall receive the gift of the Holy Spirit. For the promise is to you and to your children, and to all who are afar off, as many as the Lord our God will call’” (Acts 2:37–39).

God’s forgiveness can come only when there is genuine repentance—a turning and going in the opposite direction. When humans make that commitment to change at a deep level, then it is possible to start keeping the law of God in its original spiritual intent.