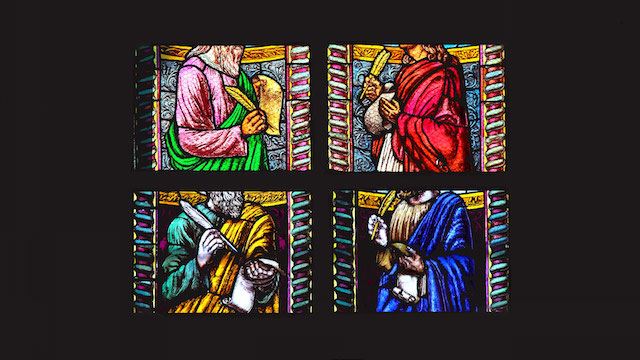 The earliest record of the Gospels of Matthew, Mark, Luke and John is within 80 years of the death of Jesus Christ. Papias, bishop of Hierapolis in Asia Minor (modern-day Turkey), who claimed firsthand knowledge from the apostle John and other eyewitnesses, provided a reference to the four Gospels in a document written at the end of the first century or the beginning of the second. Papias’s works are now lost to history, but several writers of the second century quoted or paraphrased them. Irenaeus (140–200 C.E.), bishop of Lyon, came from the same area in Asia Minoras Papias. He states that he was taught by John’s disciple Polycarp, who also knew Papias. Irenaeus records that there were four Gospels that formed the “foundation and pillar of our faith” (Against Heresies 3.1)—the same four Gospels that are included in the New Testament to this day.

Just prior to the time of Irenaeus, Tatian, while residing in Rome, prepared his Diatessaron, a single account that harmonized all four Gospels. He returned to his home area in the east of the empire in about 172 and there translated his work into Syriac.

Luke remarks that many other accounts were written (Luke 1:1–4), but by the end of the second century, numerous authors were recording the existence of only four Gospels as part of Scripture. The Muratorian Fragment, a listing of biblical books, as well as both Clement of Alexandria and Origen, writing from Egypt, provide witness to the universal acceptance of the four Gospels throughout the known world prior to the establishment of any central authority of orthodoxy.

Eusebius, the fourth-century church historian also quotes Papias and his background to the writing of the Gospel of John (Ecclesiastical History 3). Scholars now think that Eusebius included many of Papias’s writings about the Gospels verbatim. Papias had recorded that John wrote his account to fill in details of the ministry of Jesus prior to John the Baptist’s imprisonment, and also to combat the teachings of Cerinthus, a Gnostic teacher in Asia Minor. In so writing, Papias recorded that John acknowledged the authenticity of the other three Gospels. In fact, the four Gospel accounts that Christendom uses today owe their authority and place within the canon of Scripture to the statements of the apostle John.