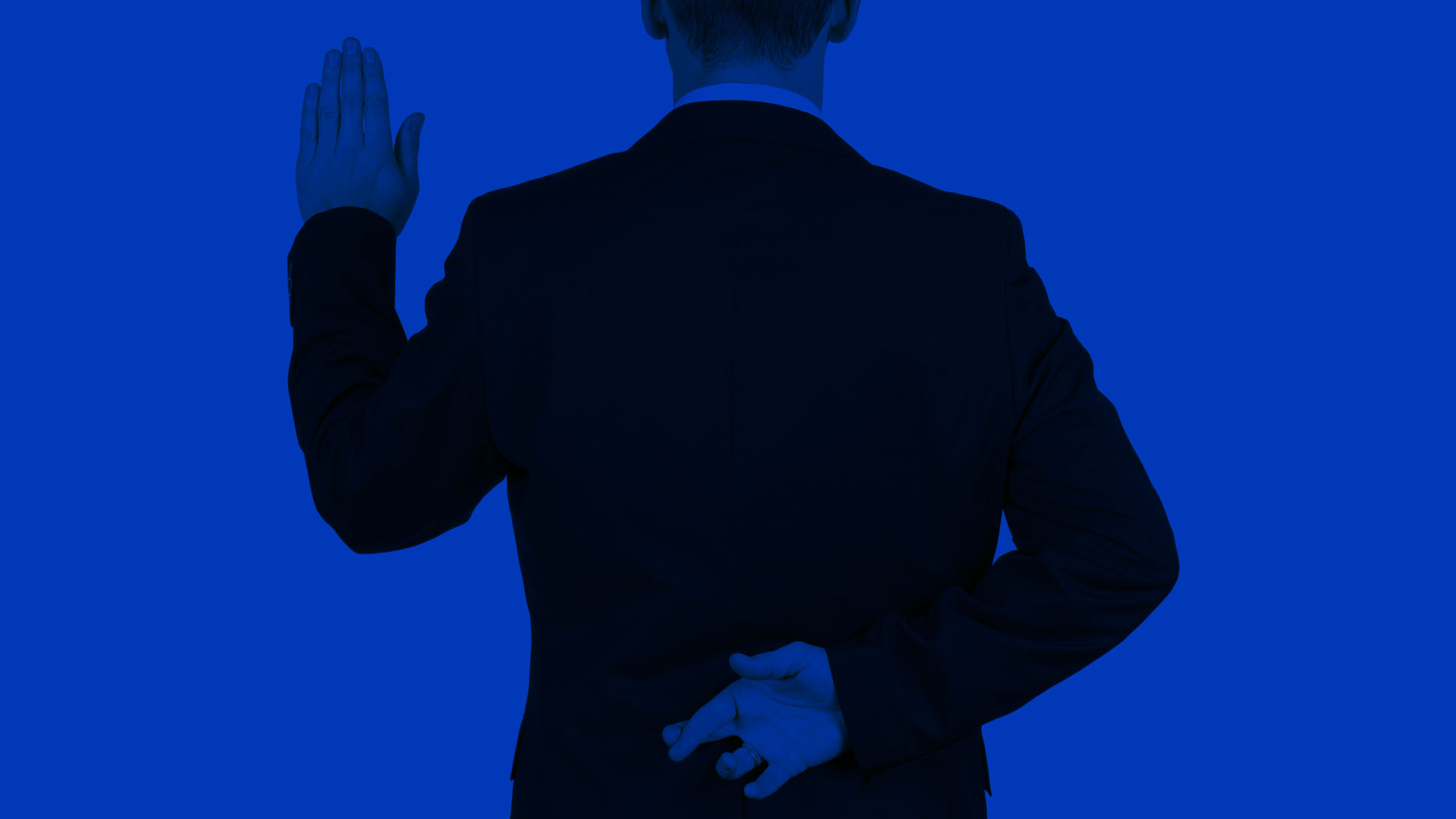 A few years ago, I interviewed a Palestinian businessman in Old Jerusalem. We were discussing the stalemate over Middle East peace. I asked what he thought of the Palestinian Authority’s attempts to find a way forward. He was quick to let me know that their attendance at a never-ending series of international conferences had done nothing for him or his people. He dismissed it all as wasteful, corrupt, and just more politics. He simply wanted his children to be able to attend the same schools as the Israeli children and to have the same freedoms as Jewish citizens.

Distrust in politicians and disappointment in the process is nothing new. Even politicians themselves occasionally admit it. The postwar UK health minister, Aneurin Bevan, is widely quoted as saying, “I have never regarded politics as the arena of morals. It is the arena of interests.” He was even more blunt when he said, “Politics is a blood sport.”

We might want to believe that democracy somehow guarantees against bad political behavior, but as Winston Churchill cleverly put it: “Democracy is the worst form of Government except all those other forms that have been tried from time to time.” In other words, it’s just the best of a bad lot. Politics is politics.

In such a world, corruption is never far from the surface. Israel has been particularly prone to this.

Menachem Klein is a political science professor at Bar-Ilan University [Israel]. An award-winning author, he’s been a visiting scholar at several universities in Europe and the US. In 2000 he was an adviser for Jerusalem Affairs and Israel-PLO final-status talks. Three years later he was a peace negotiator and a signatory to the Geneva Agreement, a detailed proposal for a comprehensive Israeli-Palestinian peace accord.

Here Professor Klein explains the problem of corruption in Israel’s political life: “Make a list of those who were brought to the court and convicted and put in jail—from president and prime minister to ministers, Knesset members, mayors, council members in cities and towns. You’ll see that it is built in in the system, that the system calls for corruption, encourages corruption, [is] operated by corruption.”

Of course, the very nature of the system exerts a tremendous pull on anyone who wants to be in political life.

Klein: “Wherever you have politics or political elite or power, and maintaining power or being elected costs a lot of money, you have corruption. It’s built in to the system. If you are too long into the business of politics, you have to have a very strong character and [be] very honest in order to reject corruption. It’s abnormal not to be corrupted.”

And if politicians want to stay in power, they are often compromised by what they’ve had to say and do to get elected. They have to pay back favors to those who helped them to get into power.

Klein: “So all this motivates the politician to do everything he can—even, let’s say, illegal acts—in order to stay in power or to enter into power. The test is your norms. And if you lower your norms in order to be in power, then you will become a corrupted person.”

“All this motivates the politician to do everything he can—even, let’s say, illegal acts—in order to stay in power or to enter into power.”

This can lead to other problems. Some people in power begin to believe that the system cannot succeed without them. They become delusional about their role.

Klein: “If you are too many years in office, you think that you were chosen by God, by destiny, by history to stay there, because you are much better than the others. So you have the right to get some briberies, to get extra money and so on, to do dirty things and so on, because you are better and you serve the big case. Without you everything will collapse.”

Government in the hands of corrupted leaders cannot deliver the stability most people want. Some doubt that honest leadership has ever been a reality. A former dean of St. Paul’s Cathedral in London put it this way: “A good government remains the greatest of human blessings, and no nation has ever enjoyed it.”

But could things change for the better in the Middle East? Menachem Klein put his finger on one of the essentials when I asked him what makes for success in peace talks.

Klein: “One of the secrets of having successful negotiations is trust and sharing the information with the other—to share information. And I will give you one example. In [the] Geneva initiative, we—of course, we, the Israeli side, the Israeli team—we enjoyed professional work and knowledge. We had the computers, the maps etc. The Palestinians came. They had much less professional knowledge. Now, here we could have [exploited] our professionalism in order to gain more, which was the strategy used in the official talks. Or we could say no, we will share. We will give you the data that we have. Okay, so—and let’s work on a shared database, on joint database—computers, everything; geographical, everything. You will bring yours. We will bring ours. And we will share, and that’s it. And this is the key to go ahead.

“No less important: relate to the other side as partner, as an equal—psychologically as an equal. Don’t be arrogant because you have a state and they don’t, or you are a professor or general and they are just employees or whatever. Relate to them as fully equal, as human beings equal to you. That’s very basic, but it’s so hard to achieve. But it’s necessary. It’s necessary in order to get an agreement.”

This is about an empathetic state of mind, about treating the other as equal. It’s about trust, which is based on honesty. These are the universal values that make for successful peace talks and for good government. They happen to be biblically based. It was one of the Hebrew prophets who said, “He has shown you, O man, what is good; and what does the Lord require of you but to do justly, to love mercy, and to walk humbly with your God?” (Micah 6:8).

Justice, mercy, humility—foundational principles in life. Politicians and government leaders cannot claim exemption from these values if they hope to succeed and better the lives of peoples and nations.