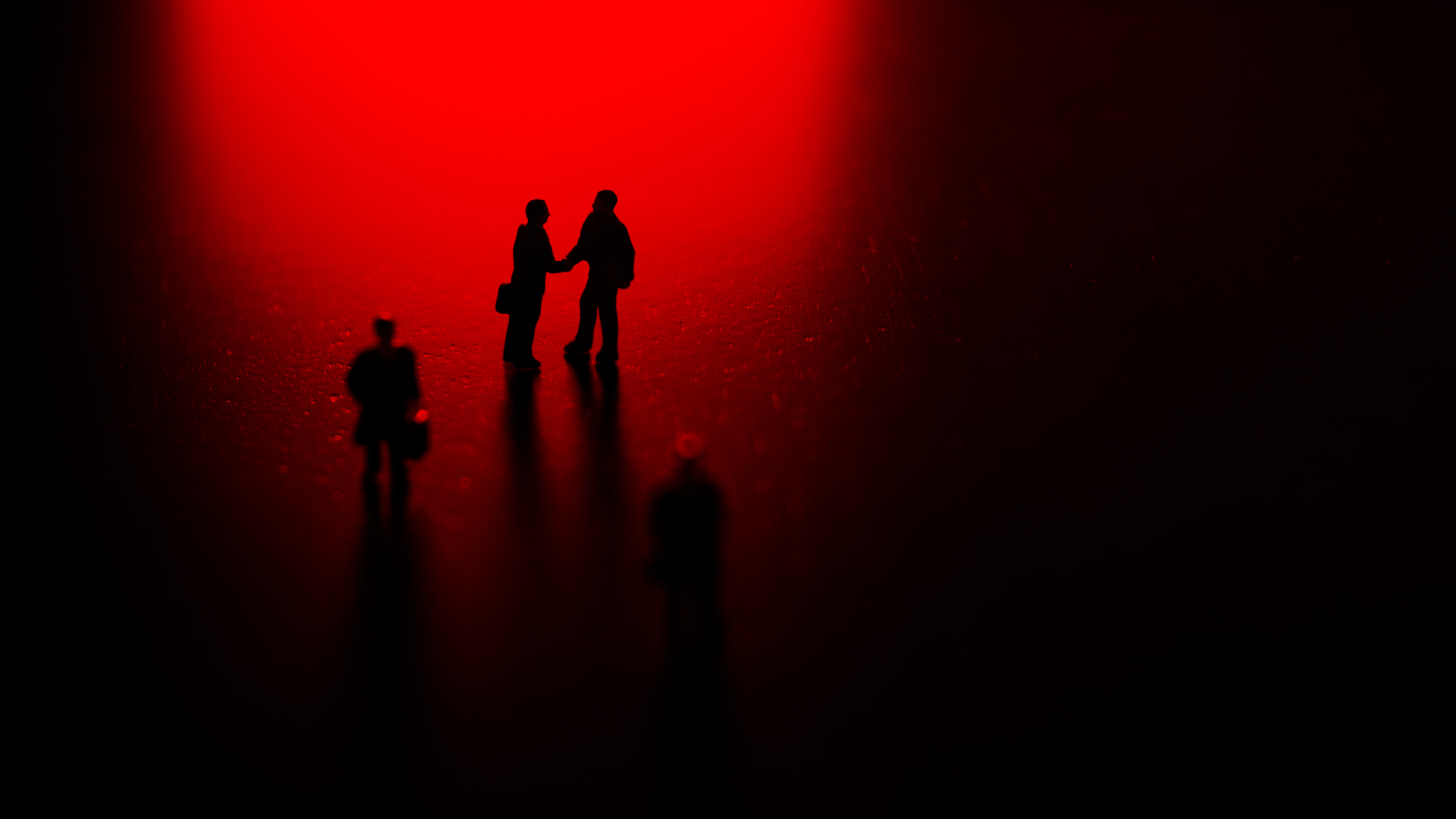 Corruption is penetrating every level of society. In 2011 the World Economic Forum published a “Global Risks” projection for this decade. One of its major concerns was the illicit economy—a secret economy where money is siphoned off, lining the pockets of insiders. Also known as the shadow economy, it includes counterfeit pharmaceuticals and cheap copies of brand name electronics and other goods. It extends to prostitution, human trafficking and the illegal drug trade.

The illicit economy shows no signs of slowing, especially in places where governance and social structure are failing. It’s there that criminals take advantage of the connections between trade, finance, communication and transport systems, using sophisticated instruments and clever schemes. It’s ironic that the systems that empower secure globalized commerce are the very ones being exploited.

Much of the developed world enables this corruption by trading in the illicit marketplace. It’s difficult to quantify precisely, but when money laundering is included, the cost of the illicit economy is estimated to be $2 trillion. But even this figure is suspect, because it’s based on out-of-date statistics. The total is thought to be far higher and the impact far more damaging.

Not a day goes by without a news report about some form of corruption. It may be petty crime involving a few people--like police selling confiscated drugs, or theft by airport security staff. It may be grand corruption, as in some form of bank fraud or laundering “dirty money.” The Danske Bank’s CEO had to resign recently over allegations that it allowed the laundering of €200 billion originating in Russia, Azerbaijan and Latvia.

Corruption can also be systemic. The New York Times published an editorial in 2018 titled “Medicine’s Financial Contamination.” It concerned the sudden resignation of Dr. José Baselga, the chief scientific officer at Memorial Sloan Kettering Cancer Center, headquartered in New York. The newspaper commented on what it called “a longstanding problem of modern medicine,” noting that “potentially corrupting payments by drug and medical device makers to influential people at research hospitals are far more common than either side publicly acknowledges.” Dr. Baselga, who has served on the boards of several drug, diagnostic and medical equipment companies, resigned after it was discovered that he had received millions in payments from such companies and never disclosed them. Researchers whose work is partly or wholly funded by the very companies whose drugs or equipment they are testing are more inclined to favor those products. It’s this general environment of compromise that led the New York Times to claim further that “the opioid epidemic . . . was partly spread by doctors who were persuaded to ignore warning bells and prescribe these drugs liberally by companies that showered them with gifts and consulting fees.”

The Mexico City earthquake of September 2017 that I mentioned earlier claimed the lives of 228 people. According to the Los Angeles Times, “Mexico is considered a world leader in earthquake safety, its strict building codes often held up as models for other seismically active regions.” But a recent study has shown that of 38 buildings that collapsed that day, more than 28 should never have passed inspection. Regulations put into effect after the quake of 1985 were ignored, as engineers hired by developers looked the other way.

The article noted, “In this country where corruption touches every level of society—from local police stations to governors’ mansions—the new regulations have been unevenly enforced.” In one case, one of the owners of a private school was allowed to construct an apartment on top of the building. Despite it being too heavy and poorly constructed, an inspector signed off on it. When the earthquake struck three months later, the apartment crashed through the school, killing 19 children and seven adults.

Those school children and adults died because of someone else’s intentional illegal acts. The thousands who’ve died from opioid addiction and overdose are in part victims of self-seeking doctors and the greed of pharmaceutical companies. Similarly, the illicit pharmaceutical trade in substandard medicines makes no distinction in who it kills. As a result, about 120,000 children under the age of 5 died from malaria in sub-Saharan Africa in 2013 alone, and an estimated 700,000 people die each year around the world because of counterfeit malaria and tuberculosis medicines.

In all of these examples we see the human tendency toward corruption. In the Greek New Testament, the word for moral corruption is phthora. It’s the result of the slide from acts of lawlessness into depravity. A depraved person goes beyond mere illegal acts to taking pleasure in law-breaking. Lawlessness plus depravity equals moral corruption.

It’s interesting that the Bible gives a warning about the end result of moral corruption. In the ancient account of the Flood, preserved in the traditions of many nations, the world became filled with corruption and was destroyed. The book of Genesis puts it this way: “The earth also was corrupt before God, and the earth was filled with violence. So God looked upon the earth, and indeed it was corrupt; for all flesh had corrupted their way on the earth. And God said to Noah, ‘The end of all flesh has come before Me, for the earth is filled with violence through them; and behold, I will destroy them with the earth’” (Genesis 6:11–13).

Jesus said that just before the end of this age of man, society would be in the same state of mind as it was before the Flood. I take this to mean that not only would humans be living as if nothing would bring civilization to a halt, but that the human capacity for moral corruption would reach such proportions that it would have to be halted, or total chaos would ensue.

What can you and I do about it, for ourselves and for our children? If you’d like to know more, search “moral corruption” at vision.org.