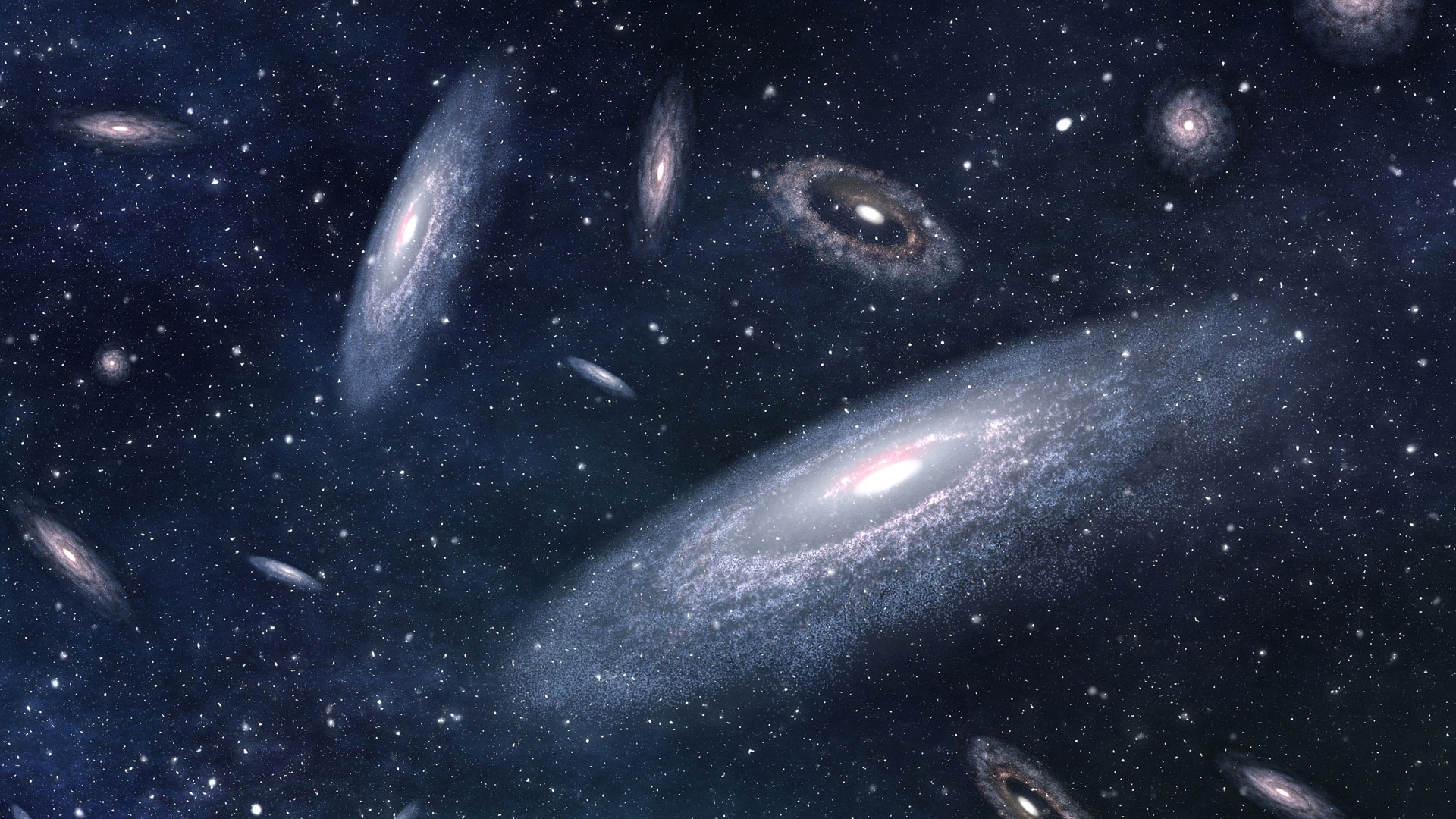 The most widely accepted model of the origin of the universe is known as the hot big bang. Describing the imagined instant of creation 15 billion years ago, it is a theory that has held sway over astronomy for more than 75 years.

While the idea of an explosive beginning goes back to even the mid-1800s, not all are convinced that the big bang is more than myth.

One researcher not on the big bang bandwagon is Geoffrey Burbidge. A University of California–San Diego physicist, Burbidge is best known for his work concerning the origin of the elements within the nuclear reactions of stars. Now in his 80s, he has argued against the big bang for 50 years.

“I don’t subscribe to the view that 99 percent of the people follow these days that there was a hot big bang,” Burbidge told Vision contributing writer Dan Cloer in a recent interview. “There is a long history of this subject, and it has been fashionable and almost impossible to avoid for the last 10 or 20 years, but it probably is not correct.”

In the following excerpts from their conversation, Burbidge explains the evidence for alternative theories, the philosophical draw of the big bang idea, and the bias that continues to promote it.

On the Steady State Theory published in 1948 by Fred Hoyle:

“The steady state was extremely unpopular because by then people liked the idea of a beginning. They liked it for religious reasons because it smells of the Old Testament. And the West likes the idea; after all, the pope endorsed it among other people. But Fred gave an infamous lecture to the Royal Society in 1968 called ‘Eight Crises,’ where he showed that one observation after another, observations with which big bang proponents claimed to shoot down the steady state, did not shoot it down. So people did not like the theory, but it was an alternative to the big bang.

“There are lots of things we don’t understand. Really what has happened over the years is that people have just made mistakes. Einstein made a mistake by assuming that we live in a static universe; Gamow made a mistake by originally underestimating the age of the universe—even aged 10x his ideas can’t be made to work.

“Nowadays, people are invoking all kinds of things to make galaxies in the early universe, and they can’t do that without invoking the presence of nonbaryonic or dark matter. There is no evidence for this at all. It is like the ether of the old days, but they can’t make galaxies without it because they need extra gravity without other interactions. They also want an inflation period—which they don’t understand.”

On the origin of the microwave background radiation:

“I believe [the 2.7K background temperature of the universe] is very strong evidence that the blackbody radiation arises from hydrogen burning. Since we do not have long enough to do this in the period associated with a big bang, we must argue that the time scale for the universe is very much longer. This formation of helium does not take place in one creation event, but in many which we call ‘mini-big bangs.’ This will occur in the centers of galaxies.

“We know now, and this has been demonstrated over the past 40 years, that large amounts of matter and energy are being ejected from the highly active centers of galaxies. So what Hoyle, Narlikar and I developed in the early 1990s was the idea that creation does not take place in one center or one beginning. It is taking place all the time in the centers of galaxies. No one understands the physics of creation, but there are good reasons, I believe, for arguing that is where the energy is ultimately coming from. It is emitted from radiation from stars and is then downgraded by a succession of absorptions and re-emissions in dust and so on across space.

“So you can have the microwave background and all the beautiful observations that have been obtained, but we don’t have to go the route of arguing that what it follows from must be a big bang. While they may not agree, it is a powerful argument.”

On the persistence of the big bang:

“Hoyle and I argue that in the centers of galaxies, where there are undoubtedly massive objects which may very well be black holes, there are regions of very strong gravitational fields where Einstein’s theories need modification. All theories need modifications in extreme situations. After all, Einstein’s theory is a modification of Newton’s theory, and the so-called C-field theory (which Hoyle and Narlikar worked on in the 1960s) requires what are called negative energy fields and negative pressure.

“Back in the 1960s cosmologists did not like the Narlikar theory, because it required things like negative energy and negative pressure. Today they have come around to that point of view; now it is not such a no-no in theoretical physics.

“That is indeed what the boys talking about dark energy are really talking about. Dark energy is nothing more than creation. Now people are getting prizes for discovering dark energy and the acceleration of the universe. It is all part and parcel of not really understanding the details of the creation process.

“But this is not pointing cosmologists back to the alternatives. Everybody is swayed by the tremendous amount of propaganda associated with the big bang. Now we have a huge and most impressive bandwagon that everyone is rolling in cosmology. If you sit in a minority position, as a few of us have done over the years (we are all well known and have done other interesting things, so people don’t treat us too unreasonably), you can’t get any funding for research into any of these things. Without money you can’t get research grants and you can’t get observing time. I can’t reasonably ask young men and women scientists to work in that field, because I shall not be able to get them jobs. You’ll find that there is almost complete orthodoxy in the hiring in all the best institutions.”

On moving heaven and earth:

“For most people cosmology equals the big bang—is synonymous with the big bang. It is not true, in my view, but that is the way everyone is now talking, working, thinking and expecting, in the same way that in 1930 people became convinced that the universe is expanding. It is an idea that people take and now include in their thinking and their dreaming. We are told that we now understand what happened in a hot big bang.

“When people make observations, they want to explain them. In the early days, people were observing and would publish without trying to fit it to a theory or into a puzzle. But things have changed. Today if you submit a paper and do not explain where it fits in, the referees and your colleagues will be chasing you saying that you must understand this, that or the other.

“The only thing we have going for us as scientists is the respect of our colleagues. And that comes through what we say or write. If others don’t like what we say or write, our reputations suffer, and for most young people that means they don’t get jobs or support for their work. It is a pernicious system.

“The problem is that scientists are people. We like to think that we are creative people, and we are. But also, like other people, we are conservative. We may say we love new ideas, but if I’ve been working on something for 20 years I become dedicated to it.

Take redshifts for example. If redshifts are a measure of the distance of quasars, then people who are studying quasars are studying the edge of the universe. So far so good. But suppose I don’t believe redshift is about distance, and I turn out to be right. Then all of the other people have to admit that they have wasted the last 20 years of their lives. People will move heaven and earth to see that this does not happen. I have seen this happen in practice. Most people don’t change their mind; most people repeat their thesis over and over.”