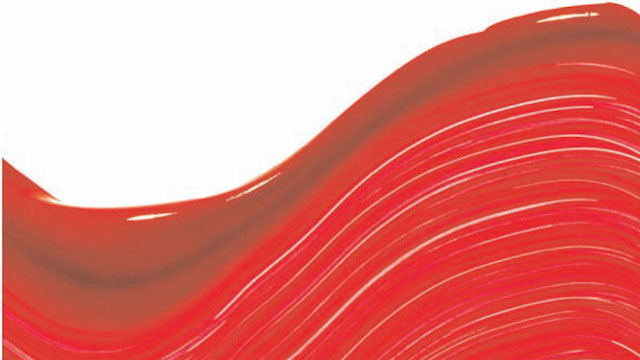 When was Jesus Christ first considered to be the Son of God? Dan Brown asserts, through one of the characters in his book, that it wasn’t until the time of Constantine. That character, historian Leigh Teabing, states that the emperor elevated Jesus from a mere mortal to a divine being at the Council of Nicea in 325, and that he did it for his own political benefit. Teabing claims that Jesus’ mortality had been attested to in countless historical records (including Gnostic texts and the Dead Sea Scrolls), which Constantine ordered destroyed.

Yet the apostle Paul recognized Jesus as the Son of God in his epistle to the first-century church at Rome in the decade of the 50s (Romans 1:3), as did the writers of the Gospels (Mark 1:1; John 1:1–18). Was Christ’s true nature not understood by the apostles?

At His trial before the high priest, Jesus Himself described His position as both Messiah and Son of God by quoting from two sections of Scripture. As a consequence, He was charged with blasphemy and sentenced to death (Mark 14:61–64; Daniel 7:13–14; Psalm 110:1). The last of the four Gospels to be written, the Gospel of John, clearly established the early church’s understanding of the divine nature of Jesus Christ before His human birth (John 1:1–18).

Brown’s character, Teabing, dismisses the biblical accounts as a part of Constantine’s plot to hide the truth about Jesus. But history doesn’t bear out his claim that other (more accurate) Gospels had been accepted up to the fourth century. As for the Dead Sea Scrolls, they predated Jesus and therefore weren’t Christian writings at all.

Notice how recent scholarship understands Jesus’ role as expressed in the New Testament. The December 1992 issue of Bible Review states that it is “something of a puzzle to explain how a group of Jews, known best of all in antiquity for their absolute insistence on the oneness of God and their refusal to grant worship to any other, should come in the middle of the first century to worship the man Jesus of Nazareth, whom they call the Messiah, Lord and Son of God. The question becomes even more puzzling when you consider that those Jews who believed in Jesus gave him titles apparently ascribing to him qualities and actions previously reserved for God alone.” This amounts to a recognition that the apostolic writers and the early church clearly understood the divinity of Jesus Christ.

And what about the Council of Nicea (which took place nearly three centuries after the death of Christ—not four as Teabing claims)? A primary purpose of the Council was to rebut the ideas of Arius of Alexandria, including his view of Christ as a created being rather than divine. His was not the accepted view about Jesus. The debate had arisen as a result of the efforts of second- and third-century apologists to reconcile the relationship of Father and Son in terms of philosophical concepts. The Bible Review may question how it was that the first-century Hebraic church was able to acknowledge Jesus as the Son of God; but later church fathers also had to create arguments to understand God within the philosophical framework of their education. The Greek view of monotheism was related to “being” or “existence” (ontology): how could these two be one “being” in ontological terms? Arius not only succumbed to this Greek analysis of the nature of God but was actively spreading it.

The Bible was written by authors whose basis of thought was very different from the Hellenistic views that dominated the Roman world. Hebrew thinking on monotheism until late in the first century was based on supremacy rather than ontology. The result of trying to express Hebrew thoughts in terms of Greek philosophy created chaos, the Arian controversy being one example. Ironically, the Council of Nicea was an effort to put an end to the Greek view of Christ as necessarily mortal, yet it based its conclusions not on Scripture but on ideas equally rooted in Greek philosophy.

Neither the ideas about Christ’s nature as established at Nicea and subsequent councils (which became the orthodox view), nor those of Arius, nor the Gnostic ideas have any basis in Scripture.Constantine actually facilitated the re-creation, through a philosophical construct, of Jesus Christ and the Father so that they became little more than Plato’s “supreme cause.”