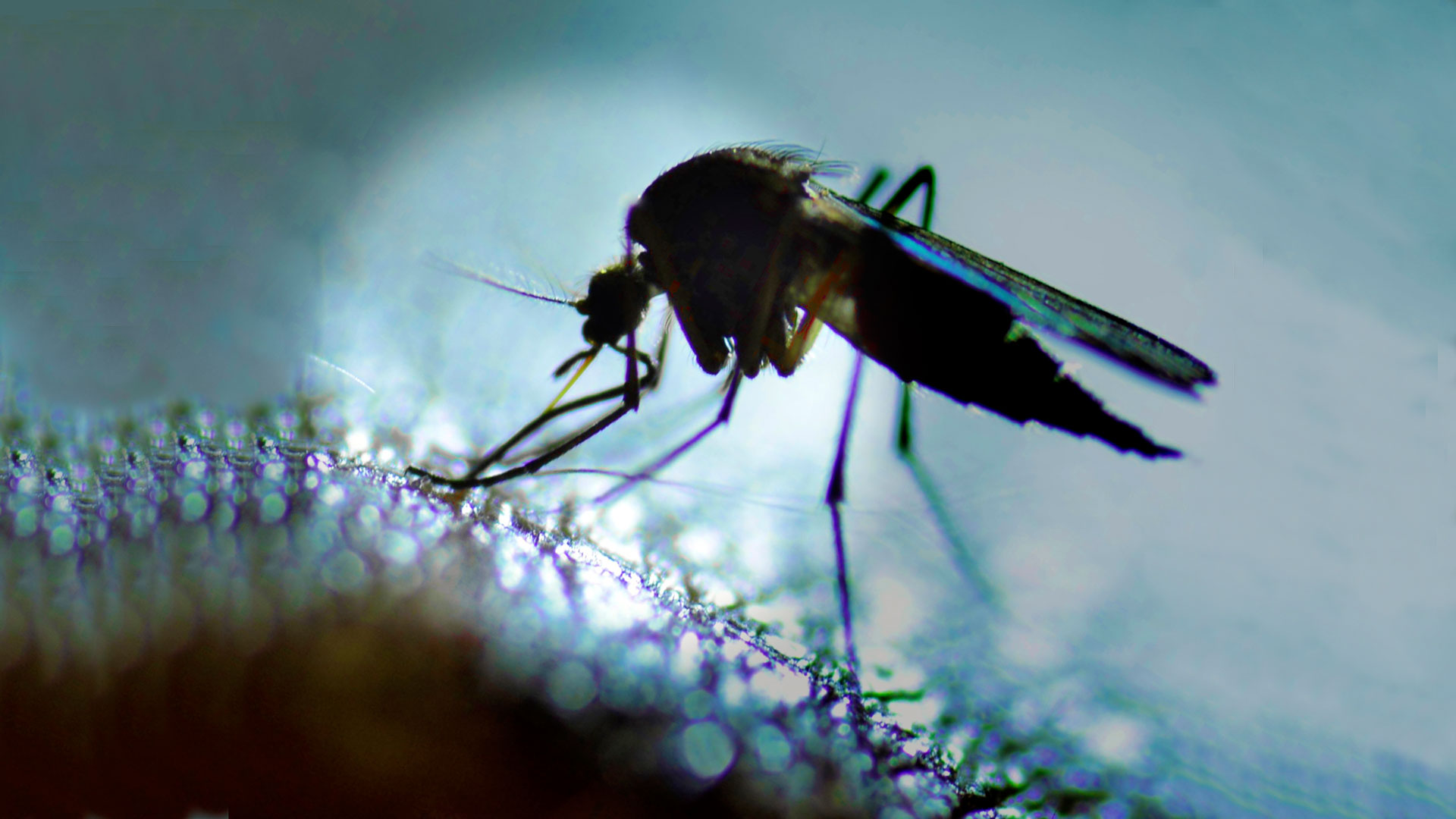 The malaria parasite has presumably plagued humans for at least 4,000 years; the earliest known record of its symptoms having been found in ancient Chinese medical writings dating from 2700 B.C.E. Today, malaria claims over one million lives each year, making it a serious health concern. Most of these deaths are in sub-Saharan Africa, and in areas of high malaria risk, there are an average of two malaria-related deaths per minute.

This vector-borne disease was successfully eradicated in the United States after World War II through efforts by what was then the newly-formed Communicable Disease Center (now known as the Centers for Disease Control and Prevention or CDC). Following this success, the World Health Organization (WHO) launched a program in 1955 to eradicate malaria worldwide.

The program was moderately successful over the next two decades, with incidences of malaria being substantially reduced in temperate areas. But since the late 1970s, malaria levels have once again increased. Some are quick to blame global warming for increased vector range and lifespan (resulting in more malaria), and increased population movement may also have played a role. But one major factor is often overlooked: Dichloro-diphenyl-trichloroethane (DDT), the main insecticide responsible for killing the vector mosquitoes that carried malaria, has fallen out of favor and has been, in many cases, banned from use.

DDT was first synthesized in 1874, but it had no practical use until Paul Hermann Müller, a chemist working for the laboratory of the J.R. Geigy Dye-Factory Co. in Basel, Switzerland, discovered that it was an effective contact insecticide. His experiments showed that DDT, composed mainly of chlorine, alcohol and sulfuric acid, had great insect toxicity but little or no plant or mammal toxicity, no irritant effect and little odor, a wide range of action, good chemical stability for long, persistent action and was relatively inexpensive. Müller realized this substance had the potential to replace the expensive plant-based pyrethrins and dangerous arsenic compounds that were widely used as insecticides until this time.

DDT became commercially available beginning in 1940 and soon caught the attention of the United States Department of Agriculture. Testing showed that concentrated DDT is toxic to men and animals when swallowed, but the weak dilutions used for sprays and dusts (one to five percent DDT, either dissolved in kerosene or mixed with talcum or chalk powder) were then found to be harmless to humans.

The many possibilities for using DDT included agricultural applications, the elimination of household pests, and even potential help for the military.

Typhus is a disease that is especially prevalent during times of disaster and war. It was responsible for devastating the remains of Napoleon’s army as they retreated from Russia after the Thirty Years’ War. There were an estimated 10 million cases of typhus in Russia alone during World War I. Scientists knew that since lice transmit the disease, it could be controlled through use of the right insecticide. Pyrethrum, derived from natural sources, was widely used as a delousing agent, but supplies dwindled as World War II intensified.

Professor G. Fischer, member of the Staff of Professors of the Royal Caroline Institute explained the role of DDT in a severe medical emergency during World War II. “In October of 1943 a heavy outbreak of typhus occurred in Naples and the customary relief measures proved totally inadequate. General [Leon A.] Fox [Physician-in-Chief to the American forces] thereupon introduced DDT treatment with total exclusion of the old, slow methods of treatment. As a result, 1,300,000 people were treated in January 1944 and in a period of three weeks the typhus epidemic was completely mastered. Thus, for the first time in history a typhus outbreak was brought under control in winter. DDT had passed its ordeal by fire with flying colours.”

That same year, Time magazine called DDT “one of the great scientific discoveries of World War II.” The article said that this new insecticide “promises to wipe out the mosquito and malaria, to liquidate the household fly, cockroach and bedbug, to control some of the most damaging insects that prey on the world’s crops.”

As a result, Paul Hermann Müller was awarded the Nobel Prize in Physiology or Medicine in 1948 “for his discovery of the high efficiency of DDT as a contact poison against several arthropods.” Müller, born in 1899, was the son of an official for the Swiss Federal Railway. When the family moved to Basel, young Müller worked in local chemical companies until he began his studies at the University of Basel in 1919. His doctoral dissertation focused on substances necessary for the dye industry, and he was soon employed by J.R. Geigy in 1925 to aid in the development of products derived from plants, including compounds used as pigments and tanning agents for leather. Two years later, he was established well enough in his career to marry Friedel Rügsegger, with whom he had two sons (Heinrich, born in 1929, and Nicklaus, born in 1933) and a daughter (Margaretha, born in 1934). By 1935, his field of research shifted to finding chemicals that would render fabric moth-resistant, which led to his study of how insects are affected by certain chemicals. He learned that certain chemicals affect insects differently from humans, and after four years of experiments, Müller discovered DDT’s favorable qualities as an insecticide.

One of those favorable qualities is that DDT does not have to be applied as often as other insecticides due to its long-lasting effects. Yet this is also its major downfall. Although DDT is hydrochloric and therefore does not appreciably leach into groundwater, its half-life in soil is between 2 and 15 years. When ingested by humans and animals (via contaminated water or foodstuffs), it is stored in fatty layers where it may remain for years. Although long-term effects of DDT in humans have not been clearly established, it is suspected to be a human carcinogen. Extremely large doses of DDT have been found to cause tumors in laboratory animals, in addition to decreased thyroid function and problems with the nervous system and liver. It is also suspected that some human hormonal problems (including premature births, low birth weights and decreased lactation of new mothers) may be caused by DDT. Even at the height of DDT’s popularity, scientists were concerned about the fact that DDT kills nearly all insects, whether detrimental or beneficial. This, in turn, affects the environment as a whole through altered disease control on plants, and eliminates a major food source for birds and other creatures.

Müller was certainly aware of some of these shortcomings as he continued his work as assistant research director of J.R. Geigy’s pesticides division. He eventually became Geigy’s deputy chairman, and was awarded an honorary doctorate by the University of Thessalonica in Greece in recognition of DDT’s role in insect and disease control in the Mediterranean region.

He retired in 1961, a year before Rachel Carson’s influential 1962 classic Silent Spring precipitated widespread distrust of DDT as a possible human carcinogen and an environmental threat. Although some of Carson’s allegations (specifically relating to DDT and human health) have proven to be inaccurate, she did raise awareness of the effects of interactions between chemicals and of the effects of indiscriminate use of DDT. Public perception of the chemical rapidly deteriorated. In the midst of this storm, Müller died on October 13, 1965. Seven years later, the nonemergency use of DDT was banned in the United States.

Today the controversy continues. Some point out that Müller’s discovery has saved millions of lives, while others vilify DDT because of its lingering effects on the environment. There is truth to both sides of the argument. Even the Environmental Defense Fund, which claims to be “the organization that led the successful campaign to ban use of DDT in the United States in the early 1970’s,” encourages others “not to forego consideration of indoor spraying of small quantities of DDT in developing countries . . . where malaria is spread by indoor-dwelling mosquitoes.” But they also recommend, “Development of less-toxic repellents should . . . be a priority.”

Likewise, Müller himself did not see DDT as a perfect solution, as he articulated in his 1948 Nobel Prize acceptance speech:

“Ladies and gentlemen, we are today on the threshold of a new development in the field of pest control. Whilst before we had to depend on inorganic poisons such as the arsenates or the perishable active substances of plants such as pyrethrum or rotenone, we now have, besides dichloro-diphenyl-trichloroethane, a whole series of substances capable of being synthesized. . . .

“But at this stage it is of course presumptuous to wish to look into the future; the new fields are still hidden and decades of years of patient, painstaking study by biologists and chemists still lie ahead before one day we will perhaps finally be able to recognize the relationships between chemical constitution and mode of action. Even the mode of action of DDT in poisoning an insect is far from fully explained. We may indeed assume with a fair degree of certainty that the poison enters the insect’s body via the sense-organs and somehow travels along the nervous system. (In other words, dichloro-diphenyl-trichloroethane is a nerve poison, like pyrethrum.) The field of pest control is immense, and many problems impatiently await a solution. A new territory has opened up for the synthetics chemist, a territory which is still unexplored and difficult, but which holds out the hope that in time further progress will be made.”

Just as Müller did not fully understand how DDT worked on insects, we do not fully understand how such chemicals interact with the environment and with our bodies. Although toxic pesticides are clearly not the ultimate answer, it is important to find the balance between the dangerous overuse of toxic pesticides to kill vector insects and the dangers of allowing unchecked disease to kill millions of people each year. There must be better options, but our limited human knowledge has not yet determined what those better options may be.