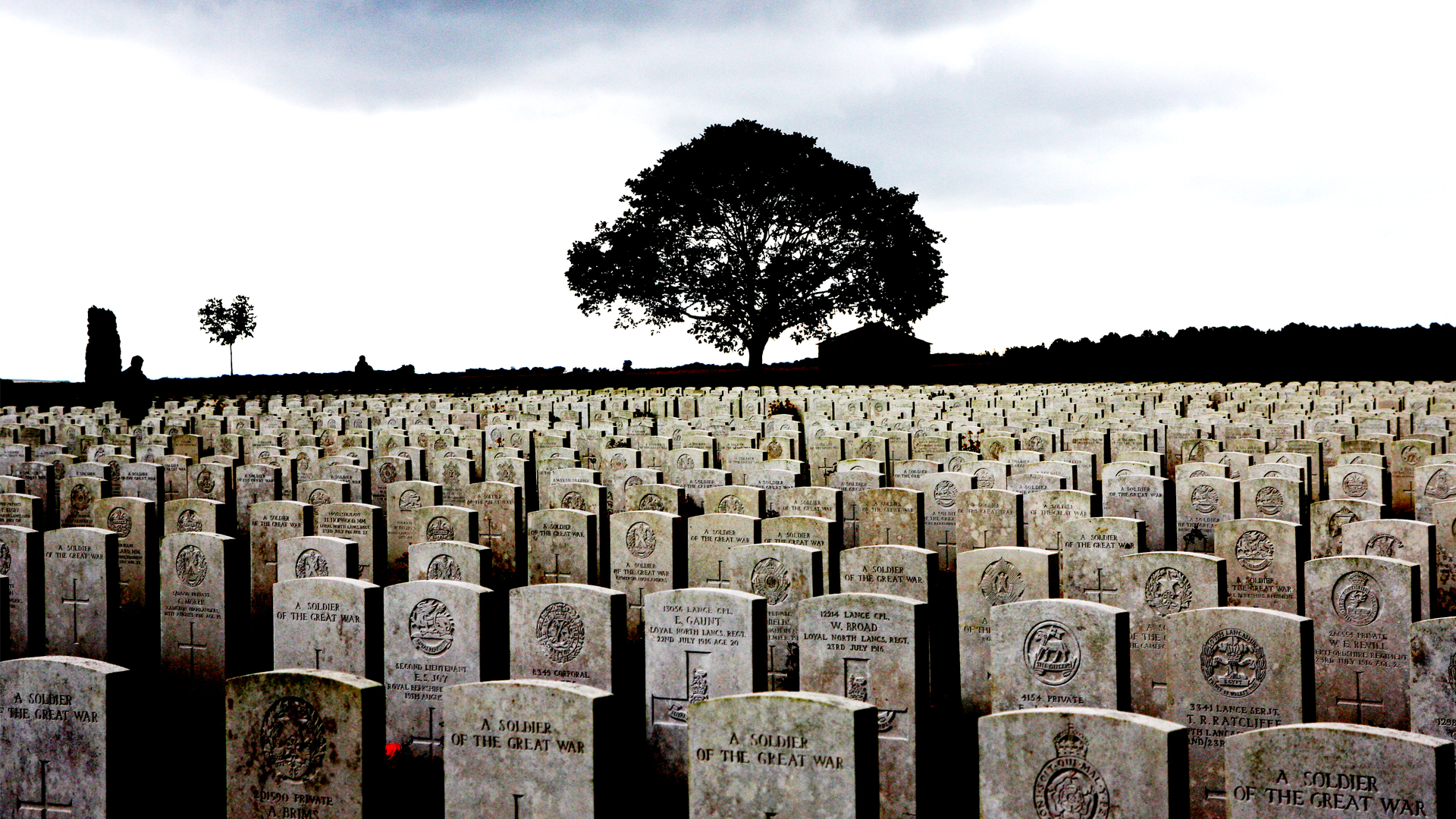 War has troubled the globe regularly for millennia, as depicted by the rider of the red horse described in the apocalyptic vision of the apostle John in Revelation 6.

Over the past 2,000 years, every century has seen significant conflict between city-states, republics, nations and empires, with new conflict often being a continuation of past troubles. War has been persistent in the recorded experience of humankind.

Beginning in 27 BCE, the Roman Empire engaged in wars for almost 500 years as it expanded and eventually collapsed. From 1095 to 1291 Christian armies fought the Crusades to free the Holy Land from Muslim forces. And while that series of wars was still being waged, the Mongol Conquests (1206–1405) began; estimates for the number of resulting deaths range from 30 to 80 million as a succession of Khans established the largest empire on a contiguous landmass in history.

The Hundred Years’ War (1337–1453) witnessed conflict between France and England over territorial and dynastic claims. The Dutch War of Independence (1568–1648), also called the Eighty Years’ War, was a mixture of political, religious and economic grievances against the rule of Spain’s Philip II, resulting in the independent Dutch Republic.

That war overlapped with the Thirty Years’ War (1618–1648), one of the most destructive conflicts in European history; it claimed as many as 8 million lives and reshaped Europe’s political and religious map. A century later, the Seven Years’ War (1756–1763) split Europe into separate alliances led by Great Britain and France. It was arguably the first worldwide conflict, shifting the European balance of power significantly, and the precursor to the American and French Revolutions. The French Revolutionary and Napoleonic Wars (1792–1815) saw 7 million Europeans die, with conflict spreading across much of Europe as France sought first to depose its monarchy, next to defend the revolution from other European monarchs, and then to overthrow those opponents.

Hundreds of thousands more lost their lives in the devastating American Civil War (1861–1865). Not long afterward came the Russian Civil War, which arguably began with the October Revolution of 1917 and was essentially over by late 1920, taking another 7–10 million lives and ranking as the greatest national catastrophe witnessed thus far in Europe. Meanwhile the first war to be fought on a worldwide scale broke out (1914–1918); dubbed “the war to end all wars,” its continuation from 1939 to 1945 only proved that epithet’s sickening irony. World Wars I and II resulted in extreme death tolls and created unparalleled global destruction.

“Viewing war as an exception to normal life . . . leads us to ignore the persistence of war.”

One might have hoped that such horrific global carnage would significantly curb the desire for military solutions to international conflict. But the Axis powers had no sooner surrendered in 1945 than the United States and the Soviet Union, uneasy allies during the war, embarked on a nuclear arms race and thus set off the Cold War. Within five years, with the USSR now firmly on the other side, war began in Korea (1950–1953). The conflict, which stemmed from the division of the peninsula after the Second World War and the failure to agree on terms of reunification amid the global strains of the Cold War, led to another 3.5 million civilian and military deaths.

Swift on the heels of the Korean Conflict came the Vietnam War (1954–1975). This proxy war pitted North Vietnam, supported by the Soviet Union and China, against South Vietnam, sustained by the United States and its allies as they sought to contain the spread of communism. Estimates of war mortality range from nearly one million to 2 million or more.

By this time the Soviet Union had achieved nuclear parity with the United States, and either nation could annihilate the other many times over in what came to be called “Mutual Assured Destruction.” The specter of global nuclear war only began to fade when the two superpowers entered a period of détente preceding the dissolution of the Soviet Union and the Warsaw Pact in 1991.

Of course, conflict did not end. Since then much of the world’s attention has been focused on clashes in the Middle East (the scene of an ongoing ebb and flow of violence) and the region around the Persian Gulf: the Gulf War (1991); the war in Afghanistan (2001–present); the Iraq War (2003–2011); the Arab Spring (2010–2012); the Syrian Civil War (2011– present), and so on. Today asymmetric warfare continues on a multinational basis, with the Islamic State’s proclamation of a caliphate in June 2014 and its ongoing program of unrestrained terrorism and brutality, which has drawn an uncertain response from the international community.

As the region is further destabilized, one thing that does seem increasingly certain is the inevitability and permanence of war in the human sphere as the red horseman of Revelation 6 rides on.