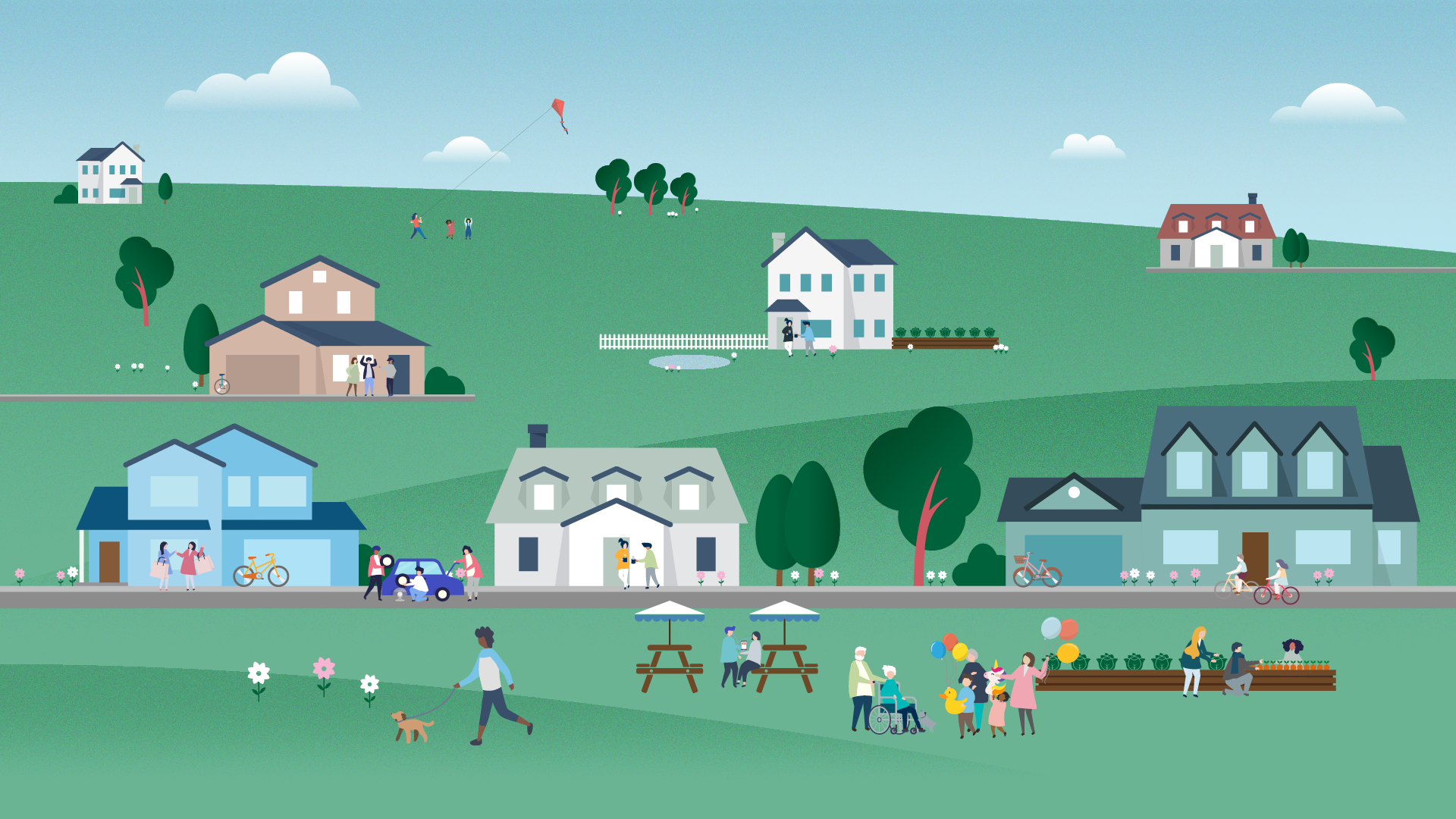 It was sometime in the 1950s when a physician named Benjamin Falcone, who had been treating patients in the small towns of Bangor and Nazareth, Pennsylvania, for 17 years, first noticed that he hardly ever needed to see older residents from nearby Roseto for heart problems, even though the rate of heart attacks in the other two towns and across the United States in general was on the rise.

Roseto was a close-knit community stemming from about 1,200 peasants who had emigrated almost en masse in the late 1800s from an Italian village called Roseto Valfortore. After arriving in America, the immigrants built the relatively isolated hillside community, separate from nearby English, Welsh and German enclaves, whose inhabitants largely shunned them. In 1912 Roseto’s population exceeded 2,000, and it incorporated to become the first municipality in the nation to be governed solely by Italians. By the time Falcone began to notice the extraordinary heart health of its residents, Roseto was a thriving town served by the same doctors and hospitals as Bangor, and accepted—even admired—by the neighboring communities.

One summer day in the early 1960s Falcone attended a local medical-society talk given by Stewart Wolf, a physician from the University of Oklahoma who was on a visit to his Pennsylvania farm. Falcone invited Wolf to a local pub for a beer and, in the course of their conversation, mentioned the strange phenomenon he had noticed in the Roseto residents.

Wolf was intrigued enough to engage some of his university colleagues to take a deeper look at what’s come to be known as “the Roseto effect.” Along with sociologist John G. Bruhn, the research team began to compare medical histories, physical exams and lab tests in a large sample of Roseto’s, Bangor’s and Nazareth’s inhabitants, hoping to find the key to the apparent health and happiness of this unusual community.

What they found stymied them. Yes, the evidence confirmed that the death rate from heart attacks was less than half that of Bangor, Nazareth and other nearby towns. Importantly, mental illness (including senile dementia) was also much lower. But no one could understand why.

“The findings were surprising because of a greater prevalence of obesity among the Rosetans,” wrote Wolf and Bruhn in their report, published in 1979 under the title The Roseto Story: An Anatomy of Health. “A meticulous study of dietary habits established that Rosetans ate at least as much animal fat as did the inhabitants of Bangor and Nazareth.”

The high obesity rate in Roseto, as well as the town’s rates of hypertension, diabetes, and measures of serum cholesterol concentration, closely matched those of the other communities. Smoking and exercise habits were also similar, and the researchers were able to eliminate ethnic and genetic factors from the mix. After all, inhabitants who left Roseto to live in other communities soon became subject to the higher death rates that plagued the rest of the nation.

What, then, could explain Roseto’s strange effect? Having already ruled out diet, exercise, genetics and other factors that the medical community had long believed to be risk factors for heart disease, the researchers turned to studying the way Rosetans lived.

They discovered that their initial rejection by outlying communities had forced them to turn to one another for support and mutual help. Ultimately, the researchers found, the only real differences between Roseto and its neighboring communities were social. Roseto’s citizens enthusiastically took on the responsibility of being their neighbors’ keepers.

“The cornerstone of Rosetan life is the family. . . . Family traditions provide a buffer in times of crisis and a source of stability for the community.”

The researchers described the character of the townsfolk as buoyant, fun-loving, enterprising, optimistic, cohesive and mutually supportive. “Our first sociological study of Roseto revealed that crises and problems were coped with jointly by family members with support from relatives and friends,” wrote Bruhn and Wolf. “Following a death in the family, interfamilial differences were forgotten, and the bereaved received food and money from relatives and friends, who at times temporarily assumed responsibility for the care of the children of the bereaved. When financial problems arose, relatives and friends rallied to the aid of the family, and in instances of abrupt, extreme financial loss the community itself assumed responsibility for helping the family.”

In addition, families weren’t secretive. They shared their problems and then worked them out with the help of the local priest or family pillars—often older single women in the community who had taken on responsibility for aging parents and who were highly respected and valued for their role in maintaining cohesive family and community ties.

In Roseto, nearly everyone had a vital role to fulfill—whatever their age or gender. At the end of the day they gathered in each other’s homes, in social clubs or at the local diner. But the cornerstone of life in Roseto was the family. “Family traditions provide a buffer in times of crisis and a source of stability for the community,” wrote the researchers in their 1979 report.

Of course, even in Roseto life wasn’t always rosy, and a good study wouldn’t be complete without taking a look at the outliers, those whose circumstances were remarkably different from the main sample. Some were marginalized in Roseto, either because they had no ethnic or social ties within the community or because, for whatever reason, they had been excluded or had excluded themselves from the community’s social culture. Like their neighbors in Bangor and Nazareth, these marginalized Rosetans showed a higher incidence of illness and heart attack than the general population. Indeed, in one case history, a seemingly healthy “Mr. B.” commented to the researchers (five years before he died of a heart attack), “I don’t fit in the town—I don’t live like they do—I’m not like the Rosetans.”

He was not the only marginalized inhabitant who missed out on the health benefits of living in Roseto. “Hard work and family and personal problems were common to most” of these detached individuals, wrote Bruhn and Wolf. “In addition they emphasized self-reliance and responsibility for their own actions and hence enjoyed little or no family or community support in times of crisis.”

With these observations in hand after two years of study, it wasn’t difficult for the researchers to predict in 1963 that “if and when Roseto’s traditional close-knit, mutually supportive social structure began to crumble . . . , the town’s relative immunity to death from [heart attack] would gradually come to an end.”

In fact, that is exactly what happened. As Roseto gradually became Americanized, adopting what the researchers called “materialistic and individualistic values,” mortality from heart attacks shot up, reaching the prevailing rate in Bangor by 1975.

“From several individuals who died at age fifty-five or younger, statements recorded five to ten years earlier as part of our sociological surveys revealed evidence of breaking away or alienation from the traditional pattern of life in Roseto.”

Today we’re sitting on decades of global research that reinforces the results of the Roseto study. Still, self-reliant attitudes are stubbornly pervasive in Western society: we don’t like to accept help, nor do we like to offer it to others if we judge that they have brought their problems on themselves. Sitting in our emotional silos, we watch distressing news stories that add to our already burdensome everyday worries; these leave us vulnerable to the accompanying advertisements that offer “magic” pills or dietary regimens to counteract the damage these stresses inflict on our health.

Fixing broken relationships may be more difficult than taking a pill or latching on to a fad diet, but our individual and collective well-being requires that we do so. Stable communities are made up of people who step forward to help each other in times of crisis. It’s impossible to manufacture the joy, resilience, optimism and general well-being that naturally stem from surrounding ourselves with love and support rather than criticism and mistrust. And it isn’t only the receiver of love and support who benefits; research tells us the health of the giver benefits as well.

The Bible on Relationships: Love Your Neighbor

The Bible establishes relationships as the most important aspect of human existence: love of God and love of neighbor. 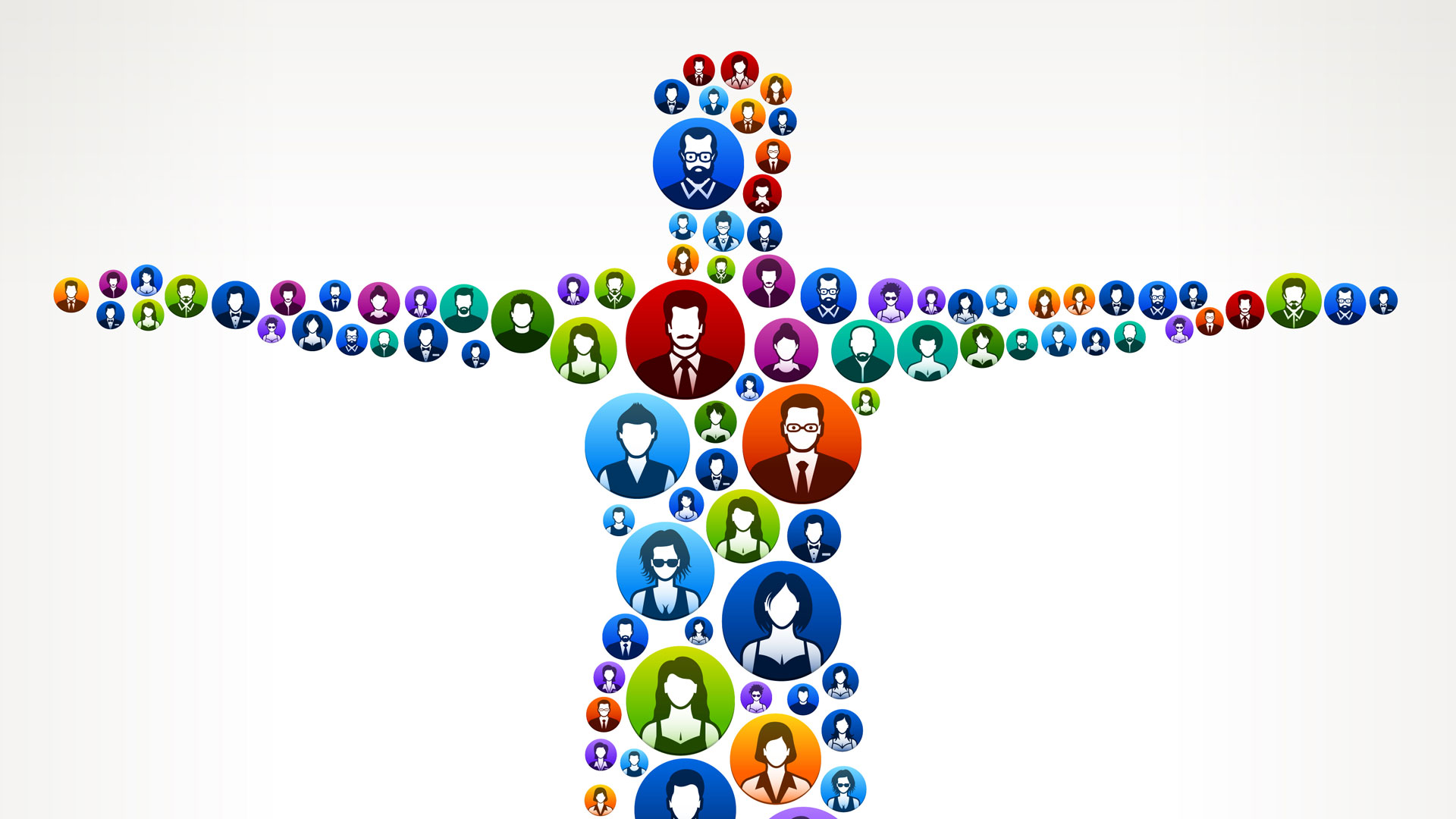 True, it can be difficult to maintain an atmosphere of love and support when we’re constantly bombarded by the voices of those who stir up hate and controversy. But we don’t have to allow self-righteousness, anger, fear, suspicion and competition to rule our thoughts and actions. We don’t have to be reactive; we can be proactive, purposefully and mutually accepting the role of “my neighbor’s keeper.” We can show love toward the enemies that we are being encouraged to hate. When we fail to do this, we fall prey to precisely the “materialistic and individualistic values” that brought Roseto into the heart-disease mainstream.

A well-known quote from Martin Luther King Jr. points out that “hate does not conquer hate.” But there is much more in the context of that statement, and it is just as relevant now as when it was written, if not more so: “Returning hate for hate multiplies hate, adding deeper darkness to a night already devoid of stars. Darkness cannot drive out darkness; only light can do that. Hate cannot drive out hate; only love can do that. Hate multiplies hate, violence multiplies violence, and toughness multiplies toughness in a descending spiral of destruction. So when Jesus says ‘Love your enemies,’ he is setting forth a profound and ultimately inescapable admonition. Have we not come to such an impasse in the modern world that we must love our enemies—or else? The chain reaction of evil—hate begetting hate, wars producing more wars—must be broken, or we shall be plunged into the dark abyss of annihilation” (Strength to Love).

Every day there is something in the news that begs us to respond with hate, mistrust and suspicion, and invites us to contribute to the chain of hostility and violence that arises all too naturally in human relationships. But we can’t break that chain by controlling our opponents; we can only do it by controlling ourselves.

The ghost of Jacob Marley, in Charles Dickens’s A Christmas Carol, declared with regret, “I wear the chain I forged in life.” His remorseful statement suggests that we each have a decision to make. We can wear a chain of hatred and reactivity, or we can forge chains of love and social support, like the Rosetans did by taking on the responsibility of being their neighbors’ keepers.

The choice we make could mean all the difference to our health—and to the health of those we cherish.