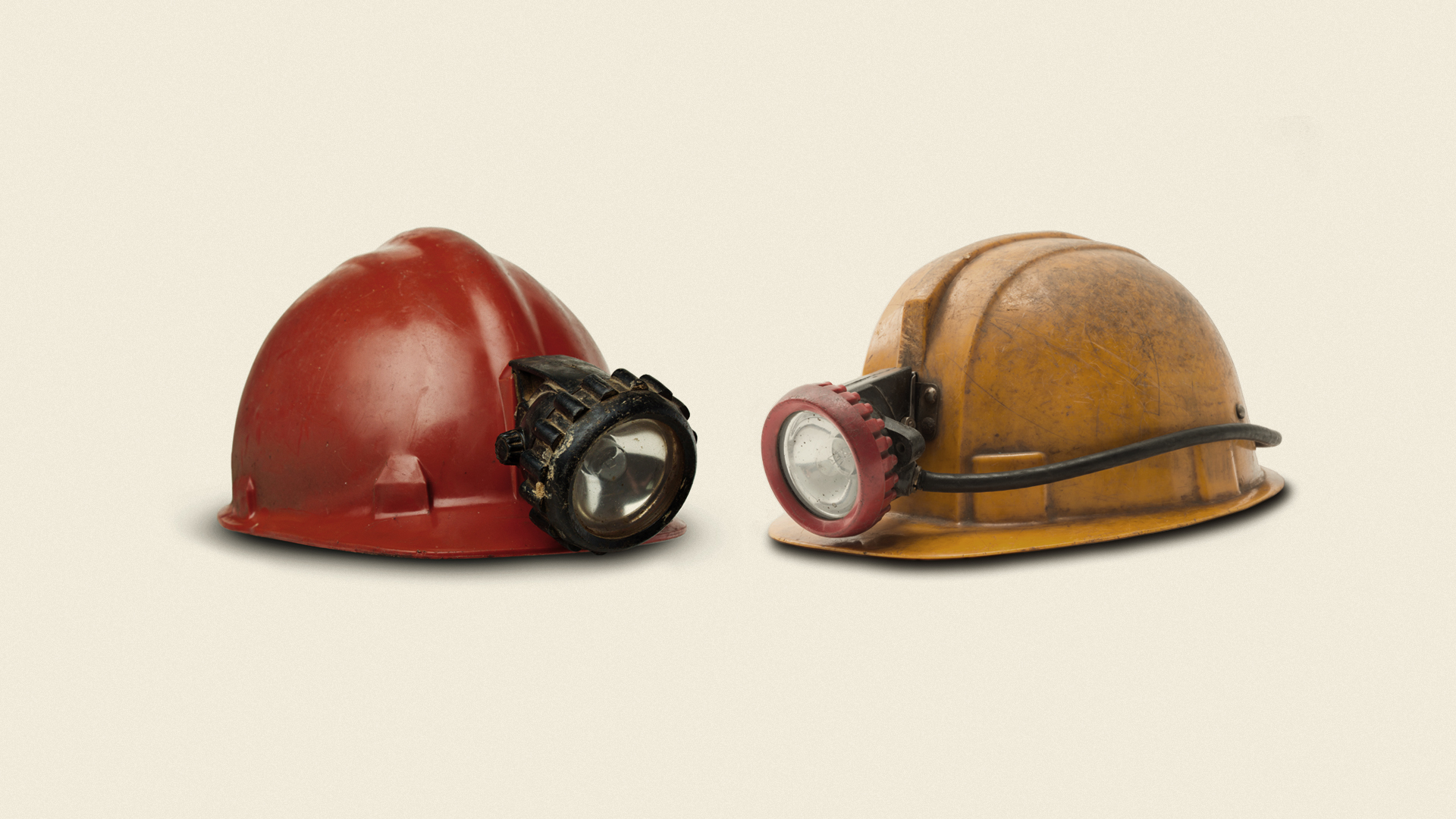 Professional contact sports face growing challenges with regard to the short- and long-term health of their employees, but they are by no means the first to do so. In fact, their predicament echoes that of another prominent (if decidedly less glamorous) industry: mining.

The Industrial Revolution required vast quantities of raw materials. Mining was central to filling that need, employing huge numbers of workers. But by the end of the 19th century, the industry faced serious safety issues. In the United States there were numerous fatal accidents involving thousands of miners and other underground workers. Some of these accidents were dramatic; for instance, 362 died in a 1907 West Virginia coal mine explosion. In fact, 1907 was an especially deadly year: more than 3,000 miners lost their lives, the most ever recorded in one year in the United States.

Authorities in government and industry faced a quandary. Mining was immensely profitable, and regardless of accidents, that seemed likely to continue. Worker supply was not a problem; entire communities relied on mining for jobs and livelihoods. But ultimately they recognized that high accident rates damaged not only the industry’s image but also worker morale and employee development. They moved to impose changes and decided that the expense was worth it.

With a combination of tougher laws and an increased focus on safety and health, annual deaths diminished to 322 by 1976. This was significant progress, and it has since continued, particularly under the stewardship of the Mine Safety and Health Administration (MSHA), a US government agency founded in 1978. By the end of 2017, annual deaths had decreased to 15 and 13 in the coalmining and metal/nonmetal (milling, quarrying, etc.) industries respectively. While these numbers demonstrate impressive improvement, MSHA’s zero-tolerance approach to accident and injury aims to go further: to ensure that “every miner goes home safe and healthy after every shift.”

This line may have more than a whiff of corporate speak about it, but it nevertheless represents a substantial shift. The industry has moved from a one-track focus on profit to a more rounded approach, one that recognizes value in caring for the people it employs. The principle underlying this isn’t new, and to largely Bible-believing 19th-century Americans, it would have sounded familiar—had mining companies expressed it from the outset.

“In everything, treat others as you would want them to treat you.”

The MSHA also focuses on consequences that appear long after employment is terminated. Among the most notable is coal workers’ pneumoconiosis (CWP), more commonly known as black lung disease—an incurable yet preventable disease caused by breathing coal-mine dust. Over time, the dust can cause severe scarring of lung tissue. The damaged tissue becomes increasingly less flexible, providing the perfect conditions for poor respiration: coughs, mucus production, chest tightness and shortness of breath. These symptoms sometimes combine and lead to even more serious consequences, including permanent disability and death. According to a 2014 National Institute for Occupational Safety and Health report, CWP had caused 76,000 deaths since 1968, costing more than $45 billion in US federal compensation. In 2014, MSHA implemented a landmark respirable-dust rule, which added multiple increased protections for coal miners. Among other things, the new ruling called for lowering the concentration of coal-mine dust from 2 mg/m3 of air to 1.5 mg. Such a change in permitted exposure has been shown to be the most effective means of preventing tissue damage.

Though their motivation was undoubtedly multifaceted, the mining industry’s move to protect its workers was a striking demonstration of caring for others. It’s an attitude that is arguably conspicuous by its absence in many other work environments—notably professional sports, where the frequently spouted maxims “It’s a business” and “Next man up” feel all too chilling and callous.

The mining community decided to prioritize care for their employees above short-term profit, though no doubt they counted on long-term financial benefits. An official MSHA statement expresses this woolly balance between greed and care perfectly: they pledge that “safety will be given primary importance in planning and operating all company activities in order to protect employees against occupational injuries and illnesses, and in order to protect the company against unnecessary financial burden and reduce[d] efficiency.”

In law, principles of workplace health and safety are applied in varying degrees internationally. Legal restrictions cause consternation for some and may often stem from a financially motivated aversion to prosecution, but they nevertheless express a laudable focus on the well-being of the employee. The fourth principle of Australia’s Occupational Health and Safety Act 2004 conveys this succinctly: employees are to be given “the highest level of protection against risks to their health and safety that is reasonably practicable in the circumstances.” Further, employers “are responsible for eliminating or reducing those risks so far as is reasonably practicable.”

As we alluded earlier, the underlying legal principle echoes centuries-old instruction from the Bible, which speaks of the responsibility of owners and employers. Those who build houses are told to add parapets to the roofs lest someone fall off (Deuteronomy 22:8). Employers are advised to treat their employees justly and fairly (Colossians 4:1), not as just another raw material from which to derive profit.

This comes as part of a wider approach to life, an approach fixated on the interests of others, not on looking after the proverbial “number one.” It’s not focused on profit, nor on the hope of future gain, nor even on the thought of some quid pro quo (you owe me one, I’ll scratch your back if you scratch mine, etc.). When self-benefit is the motivation, as embodied in the principle of “enlightened self-interest,” then it really isn’t about caring for others at all.

The looking-out-for-your-neighbor approach does bring rewards, for sure, especially when a community of people act with this collective perspective. In the case of job safety, not only does implementing the principles of caring for others create a safer and more pleasant working environment; it’s clear, not least from the experience of the mining industry, that they bring long-term benefit too. In fact, a 2013 study found an inverse relationship between occupational injury rates and profitability in American underground coal mines; when companies invested financially in miner safety, their profitability improved.

But focusing only on corporate responsibility may incline us to miss a bigger point: corporations are made up of individual people, and it’s only when those people agree on the value of caring for others that corporate changes can be implemented. The same applies to society as a whole. If we lose sight of the fact that we each, as individuals, bear the responsibility of caring for those around us—of treating them as we would like to be treated—we all lose.