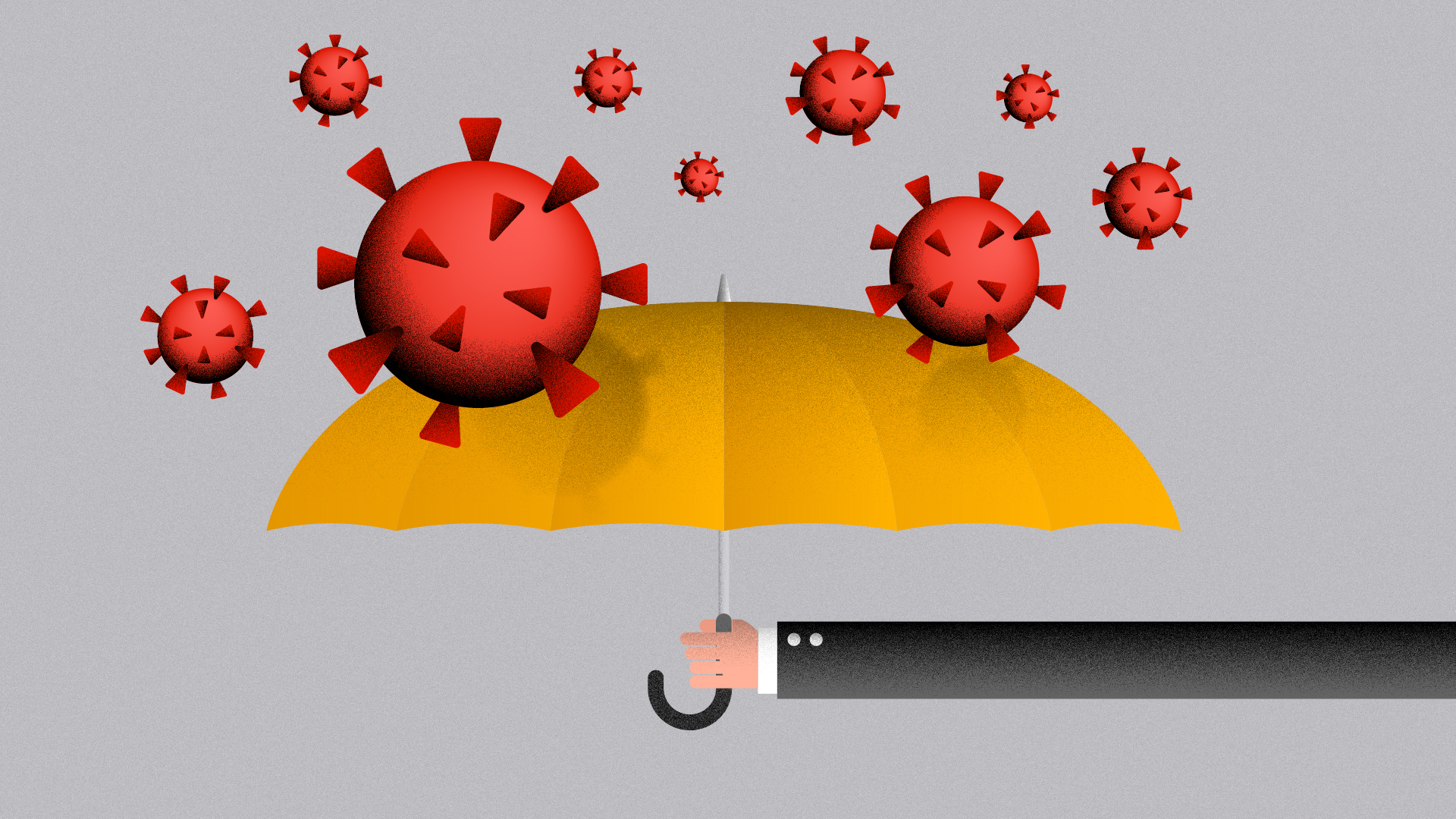 Jessie Payne was working as a schoolteacher but had also trained as a nurse. When the pandemic hit, health-care workers were soon among those sick and dying, and there was an urgent need for more caregivers. Schools had been forced to close; so, like many others who wanted to do their part, she joined medical personnel in taking care of the sick.

They pushed themselves, making do with whatever materials they could in the overwhelmed facilities. No one quite understood the disease yet, so they learned through trial and error. Sometimes all they could do was make patients—feverish, struggling to breathe, away from family and loved ones—as comfortable as possible; and then would come that final gasp. Each patient death hit hard. But with more constantly pouring in to fill any emptied beds, there was no time to grieve.

Jessie also became ill; but she fought the disease and recovered, and as soon as she was able, she went back to offer more help. In her precious spare time, she called on neighbors, finding and caring for those who were unable to care for themselves.

By this time social distancing, quarantine and mask orders had gained traction; theaters, restaurants and other public venues had shut their doors; and public gatherings in general had been prohibited. Even so, the pandemic slashed its way through cities and communities, sometimes devastating entire families.

But it was more than the deaths that were devastating. Those who died were spared the ongoing weariness and worry of those who survived, many of whom found themselves confronting long-term health effects, financial woes, a struggling economy, not to mention a deep unspoken grief for lost loved ones and a lost way of life.

After a few months, though, as death rates declined, some cities reopened—only to find infection rates rising again as people dropped their guard along with their face coverings.

Which brings us to where we are today, right?

This story may sound very contemporary, but Jessie* was a nurse during the 1918 influenza pandemic. Few people were untouched by death and disease during the time it rocked the globe. It gradually waned over time without any viable vaccine, magic cure or deus ex machina, but not before mercilessly killing between 50 and 100 million people.

Half a century later, Jessie’s granddaughter asked about her work as a nurse. “We did as much as we could,” she replied, “but we couldn’t help enough. People kept dying. It was horrible. We did what we could; we all did.”

What lessons can we take from the experience of Jessie and others like her to help us better cope with the current pandemic?

Challenging times often produce change, and that often involves people finding what Abraham Lincoln referred to as “the better angels of our nature.”

We see this in a short essay by Frances Hayward, titled “A Brotherhood of Misericordia.” Frances was also a health-care worker in 1918, serving in a New York lodging house that had been turned into a hospital. Recalling some of her experiences when that difficult time was behind them, she wrote that social differences had melted away, classes no longer mattered. People of all races and nationalities were cared for by others of different backgrounds. Human constructs were meaningless in the face of this ultimate life-and-death struggle, which itself knew no such constructs.

“I cannot help feeling that . . . something more than a fight against influenza had taken place. Another disease was being fought, a disease from which the nurses were suffering as well as the patients, the disease, the plague, of class feeling.”

Like Jessie and Frances, those who were able found ways to help in homes where inhabitants were too sick to care for themselves: cooking and cleaning and caring for the scores of children and other family members of those who were dead or nearly so, even digging graves for those who perished without kith, kin or available undertakers. People helped each other, taking in children of the dying or dead, helping neighbors with food or nursing, or giving sponge baths. After someone died, “whoever was well would go and take care of them” by preparing them for burial, said Anna Van Dyke, recalling her childhood experiences as part of a University of Kentucky project to preserve the oral history of the time.

Cornell University’s Legacy Project likewise capitalizes on interviews with survivors from that time to preserve the words and wisdom of aged persons. With different voices and different names, they tell the same stories over and over: helping others was simply what people did.

The memories and lessons learned by those who lived through the 1918 pandemic are invaluable. All convey a common, overarching principle for dealing with such crises: “If you want to help yourself, help others”—a sort of corollary of the timeless principle often called the Golden Rule: “You shall love your neighbor as yourself.” It’s tied to the principle of self-denial, setting aside personal wants or needs in selfless concern for others.

Today too, the real heroes are not always the obvious ones. We see doctors and nurses giving of themselves, but we often take other helpers for granted: the growers and farmers, the fieldworkers, the delivery drivers, the grocery store workers, the janitors, the public servants, and so many more, all of whom play a part in keeping us safe, clean and fed. In a pandemic, we suddenly realize that we are not islands; our lives are bound up with those around us. Even though we may never meet, we depend on one another.

Should we not, then, show care to these who care for us?

Community Spirit (or a Lack Thereof)

During the 1918 pandemic, government officials closed borders and shut down cities; they shuttered schools as well as sporting and event spaces; transportation options were limited; and they asked people to stay home when possible. Manufacturers raced to develop a vaccine. Social distancing, quarantines, personal hygiene, face coverings, working from home, and distance learning were all part of the new normal.

Even though daily news reports showed that death rates were climbing at an alarming rate, angry protesters fought the restrictions, tossing around terms like “useless” and “insanitary,” not understanding—or perhaps not caring—that abiding by such inconvenient restrictions as mask-wearing was a way of showing concern for others. Later studies showed that the cities that shut down all but essential services, and that stayed that way until the danger had passed, fared better in terms of human life and even economic rebound. It was a way of caring for others around.

“San Francisco ended up suffering some of the highest death rates from Spanish flu nationwide. . . . If San Francisco had kept all of its anti-flu protections in place through the spring of 1919, it could have reduced deaths by 90 percent.”

Practicing that principle—the Golden Rule—has effects worth far more than economics. That’s because it’s not just a rule, it’s a universal truth. And if practiced universally, it would resolve so much of what’s wrong in the world. We are not merely individual beings. We may prize our individuality, but as human beings, we’re part of a community; we have a duty of care to others, to care for others as we would care for ourselves and as we hope they would care for us.

Print media framed the 1918 pandemic in scientific terms, mere statistics that overshadowed the stories of victims and families. Yet each victim, then as now, was a person, with a life, with loved ones and a family. It’s difficult for the human mind to fathom deaths on such a scale; they too easily become mere numbers without faces. But we need to make a space for the grief of those who have lost loved ones or have suffered otherwise.

Such uncertainty adds to grief, which can be prolonged in those affected during a pandemic when so many are affected, often with little support. Guilt, anger, abandonment and feelings of loneliness can take over. Suicide rates climb too; when pandemic-related worries combine with a depressed economic situation, each compounds the effect of the other.

All the Lonely People

Loneliness isn’t just about being alone or feeling friendless. It’s now recognized as a potentially fatal condition that millions suffer from.

In times like these, it’s vitally important to talk to people, and not just if you’re the one who’s grieving or lonely. Reaching out to others, whether with cards, calls or electronic media, is clearly a cure for the curse of loneliness. Complete isolation without relief leads to a slow death.

Even so, a fear of socializing outside one’s circle and a reluctance to open up to others may hold people back, just as it did during the 1918 pandemic. Some became obsessed with cleanliness, terrified of germs, afraid of all interaction with people. For others there was an equally dangerous Roaring ’20s rebound. They threw caution to the wind, expressing an existential disillusionment, an attitude of “we’re all going to die so what’s the use.” Both extremes were selfish; neither showed care for others.

Each of us is by nature focused first on self, driving us to protect everything we rely on. Yet most of what we rely on originates outside the self, so none of us can be completely independent. Showing love toward others, loving others as we love ourselves, is ageless—valid yesterday and tomorrow. Although we may be individual beings, we are all part of humanity. We all live on the same planet and share our planet’s resources; we’re in this together.

“So many needed help, and helping others was best for all of us.”

Those who reach out to help others often find that they’re also helping themselves. When we care for others in physical, social and emotional ways, not only do we feel better about ourselves, knowing that we’ve done our best to make a difference; ideally, if we all share the same commitment to our duty of care for humanity, then as we care for others, others will care for us. We all win.

Whether we’re in a pandemic or not, we do ourselves and one another a favor when we live by this principle: We need to actively look out for one another, appealing to “the better angels of our nature.”