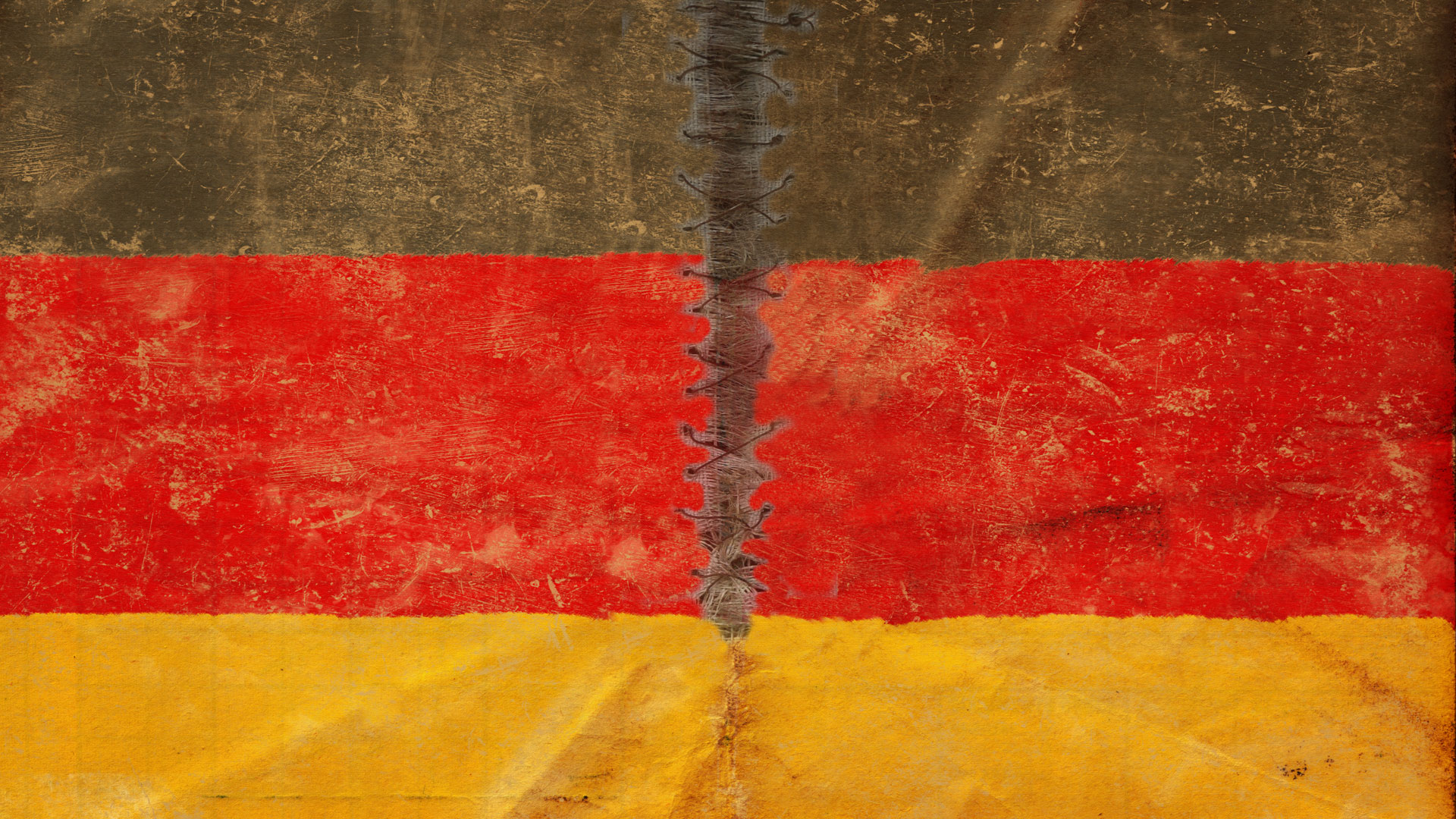 Though the future was uncertain, there was no trace of fear in Berlin at midnight on October 3, 1990—only exuberant joy. The triumphant peal of the city’s Freedom Bell at Schöneberg City Hall rang out, met by a mighty roar of thousands of cheering, weeping and hugging Germans in a sea of black-red-and-gold flags. Germany, after 45 years of division, was united once more.

Reunification caught most people by surprise. It took just 11 short months from the fall of the Berlin Wall to dissolve a state that had been firmly linked to the Eastern bloc for nearly half a century. Willi Brandt, former German chancellor and Nobel prizewinner, admitted in a TV interview that he thought his grandson’s generation would be the first to see reunification.

Ten years on, what obstacles have the German people encountered in healing this historic breach of nationhood, and what is the outlook for a united Germany in the 21st century?

A Wall in the Head

Enormous progress has been made, but Germany is not yet completely united. There is still a wall in the head of some Germans. Polls have suggested that as many as 20 percent would like to see the wall reerected.

In the West, the cost of reunification—so far about 1.5 trillion Deutschmarks—has by no means pleased everyone. West Germans have to pay an extra 6.5 percent income tax for Solidaritätsabgabe (a “solidarity fee”). The result has been roughly $100 billion of aid each year to the East, something that will likely need to continue for many more years.

Eastern ardor for new-found liberty and the promise of prosperity soon cooled in the face of reality. East German business and industry were overstaffed, technologically backward, poorly managed, and utterly uncompetitive when compared to Western equivalents. The collapse of large parts of the East German economy and industry resulted in unemployment rates of more than 20 percent in some areas of the country, as well as record-breaking government expenditures for social programs.

To remedy some of these problems, management for industry, commerce and public offices was imported from the West, leaving many capable people in East Germany frustrated and humiliated. People in the East felt like second-class Germans, and many yearned for “the good old days.”

As a result, some voters have shifted to the extreme left or the extreme right. This has drawn negative attention to Germany from the international press, especially when there is news of right-wing activity. The extreme right has not had a significant impact to this point—altogether they account for only about two percent of the vote. The German Verfassungsschutz (Federal Office for the Protection of the Constitution) estimates that the total number of violent members of right-wing groups is only about 9,000, but with Germany’s past in mind, the government and moderate politicians are nonetheless very concerned.

Reunification has not been easy, yet many see the long-term outlook as positive. It is expected that Germany’s eastern states will soon possess one of the world’s most advanced economies. This will happen as those areas leapfrog from vastly outdated factories to ultramodern state-of-the-art technologies. They already have one of the most advanced telecommunication networks anywhere.

Despite the high cost of reunification, Germany’s gross national product (GNP) increased about 10 percent over the past 10 years. It now makes up 30 percent of the total GNP of the entire European Union and is the world’s third-largest economy. Former chancellor Helmut Kohl’s promise of a “blooming landscape” as a result of reunification is much in evidence.

Germany’s soul is being restored, and Berlin is emerging as a powerful symbol of that restoration. The reestablished capital of united Germany has been one large construction site for the past 10 years—epitomized by Sir Norman Foster’s renovated Reichstag building, with its highly symbolic glass-and-steel dome. Berlin is developing as a most impressive world capital, representing the increased power and influence of 82 million Germans. It stands in stark contrast to the little university town of Bonn, which was West Germany’s temporary capital. Bonn represented humility for many Germans, whereas some fear that a revitalized “Berlin republic” will help bring back some unwanted German characteristics of the past.

Today, after a decade of progress, the German dream of a peaceful reunification has come true—but not without many sacrifices and problems affecting both sides. Germany is strong and getting stronger, and she sees for herself a growing role at the heart of Europe, leading an enlarged European Community into the 21st century.