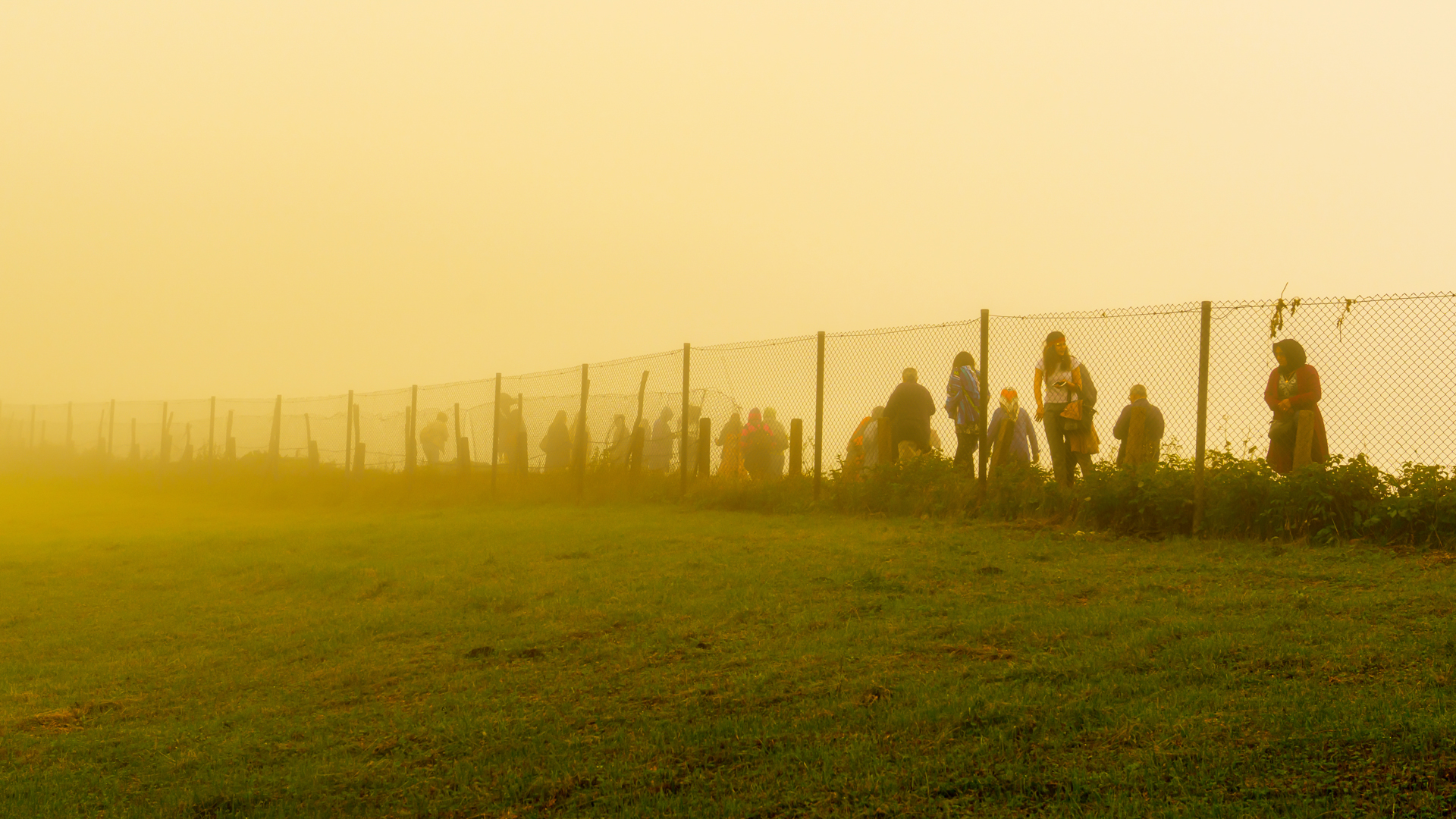 Images of 21st-century migration show small, overloaded boats struggling across narrow parts of the Mediterranean between Africa and Europe. Or long lines of Syrian, Afghan and Iraqi refugees streaming across eastern borders en route to the same destination.

But with time’s passing, and the emergence of terror cells and the rise of populist governments, indifference and even harsh treatment are beginning to characterize some responses to today’s strangers in need. Barriers and other restrictions on movement have increased; according to recent reports, guards brutally discourage refugees along some borders. Coronavirus outbreaks are only going to make the situation worse as developing nations feel the economic and social impact and more migrants seek safer zones.

Coming in the midst of these developments, the English translation of Donatella Di Cesare’s ﻿Stranieri Residenti (Resident Foreigners) is welcome for its humanity. A professor at Rome’s Sapienza University, Di Cesare has delivered a refreshing and learned work on the subject. At once erudite and poetic, though sometimes obscure and somewhat convoluted, her book centers on three models, each exemplified by a historic world city: Athens, Rome and Jerusalem. Between them, she writes, these three cities cover the world’s approaches to migrants and migration.

At the outset Di Cesare asks us not to expect answers to questions about migration control, the distinction between refugees and economic migrants, or what successful integration of migrants into host societies looks like. Instead she wants to put forward a new philosophy of migration outside the exclusionary politics of the modern nation-state. She rejects the traditional appeal to “blood and soil” as pillars of national identity and “linchpins of discrimination” against the “Other.” In its place she favors rethinking the idea of the state, and rediscovering and refining enlightened hospitality.

Di Cesare sets out by reviewing key political thinkers on immigration, immigrants and refugees—from Hannah Arendt to Michael Walzer, from Kant to Heidegger, Habermas and Foucault, among others. But important to add is that central to her new philosophy are the migrants themselves, not the abstract idea of migration, nor even the dispassionate policymaker. Those watching the overcrowded dinghy fight for the shore must become the opposite of detached onlookers ready to defend their territory against invading strangers. To this new way of thinking, each such spectator must instead be “the citizen with the capacity to become a foreigner, the one who abandons her own fixedness . . . [and] no longer feels at home on this shore.” Di Cesare is not suggesting that “broad empathy” is the answer (though she offers no clarifying single alternative term), but rather a continual imagining of how it is for the Other. It may well be that the compassion she mentions as dead in our time is the necessary attribute.

“The often crude and brutal images taken and broadcast by the media have moved very few people. No, there has been no pity. Compassion has been shelved, stripped of sense.”

The author contends that states have adopted one of two positions on migrants and migration: closed borders or open borders. The first supports sovereign self-determination; the other, freedom of movement. Here, she points out, two liberal ideas come into conflict with each other, a debate we see played out today in Europe and much of the English-speaking world. Di Cesare favors neither approach but instead presents the migrant as resident foreigner, to whom the citizen should extend equal status because citizens were once migrants themselves: “In the City of foreigners, citizenship coincides with hospitality.” 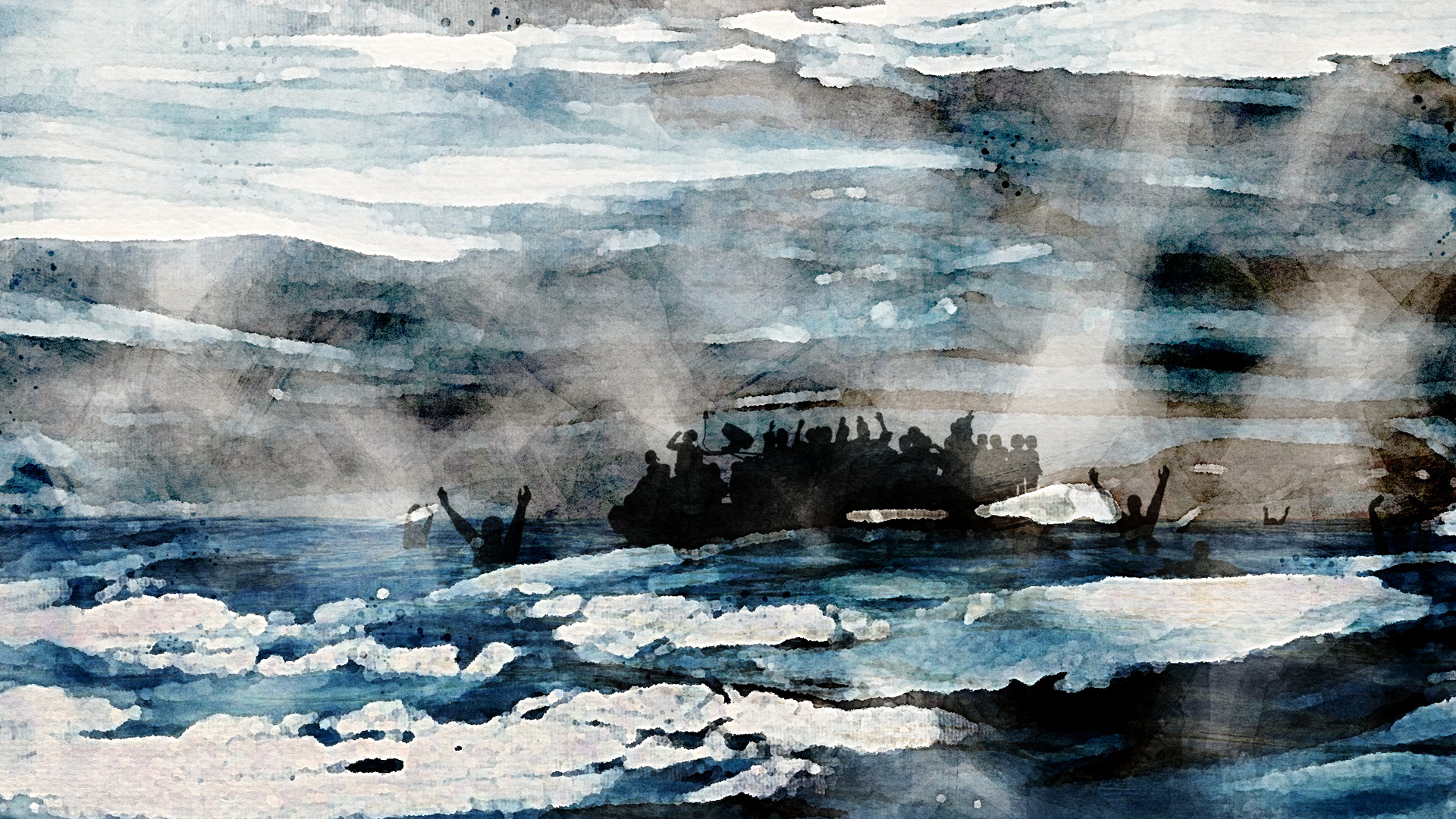 The founding myth of Athens informed that city’s view of itself as pure and original. With Earth as Mother (Gea, or Gaia), human beings came into existence. Plato referred to this when he wrote that humans are “earth-born,” not the result of parental mating. By extension, the founder of a city was born of soil and in the soil of the city. Athens, then, was an “autochthony” (auto, “self”; chthon, “soil”), its founders original and pure, unmixed with people from other cities and places.

Those born in Athens could claim exclusive possession of the civic territory. Strangers and foreigners, residents from other places, could never share equivalence with the native Athenian citizen: “Athens was the homeland of the self—the brilliant and unattainable example of pure autochthony.” This led in turn to the idea of Athenian purity of birth and bloodline and the negation of equality. Even fellow Greeks were less than Athenians. With these principles as the basis of Athenian democracy, notions of racial purity, and thus of the importance of blood and soil, made their way into political history.

This emphasis on the indigenous inhabitant contrasted with Rome’s inclusive extension of citizenship to freemen empire-wide. In legend, the foreigner Aeneas of Troy sought refuge in Latium and founded the city of Lavinium. His son later built Alba Longa, birthplace of the twins Romulus and Remus, founders of Rome. Rome’s pedigree was thus a lineage of foreigners and their imported household gods.

It was an open city where the individual determined the community, rather than the Athenian model where community superseded the individual. All Romans had two identities, defined by origo—original family location in a colony or municipality granted collective citizenship—and by individual legal citizenship in the empire. That is, Romans were dual citizens. Within the empire, Greeks and Jews who were freemen were Romans too. And whereas Athens, with its direct democracy based on 30,000 male citizens, collapsed after a few decades, Rome succeeded for centuries as a world empire, built on transforming defeated foreigners into citizens with equal civil rights.

“Strictly speaking, no one was a Roman citizen in the pure sense. All Roman citizens came from elsewhere and had some external origo.”

In the third model, Jerusalem’s nuanced acceptance of the stranger among them as equal sets the bar higher. Di Cesare explores the biblical models of residency (for the foreigner) and citizenship (for the homeborn). Rather than opposites, the two are intimately related. Her excursion into the biblical view of “space” as it relates to creation, city, worship and human relations (in terms of openness and community as opposed to boundaries and restrictions) undergirds her new perspective.

She reminds us of a vital dimension lacking in Athens and Rome. Citizenship in biblical Israel was divided in two, expressed in Hebrew as the ger, the resident foreigner living within the gates, and the ezrach, the citizen. The Israelite, freed from slavery in Egypt, where he was a stranger, must treat the stranger among his own people with great respect: “And if a stranger [ger] dwells with you in your land, you shall not mistreat him. The stranger who dwells among you shall be to you as one born among you [ezrach, “homeborn,” “native”], and you shall love him as yourself; for you were strangers [gerim] in the land of Egypt: I am the Lord your God” (Leviticus 19:33–34). This is the basis for Di Cesare’s claim: “According to the political constitution that appears in the Torah, all citizens are foreigners and all inhabitants are both guests and hosts.” Bloodline, then, could not justify unequal treatment of the foreigner as inhabitant.

Further, God instructed the Israelite about land as permanent possession: “The land shall not be sold permanently, for the land is Mine; for you are strangers [gerim] and sojourners [toshavim, “guests,” “temporary residents”] with Me. And in all the land of your possession you shall grant redemption of the land” (Leviticus 25:23–24). The second pillar of Athenian identity, permanent attachment to soil, could have no place in Hebrew thought, nor be used to discriminate against the stranger. The Israelites themselves were only ever temporary landowners, and always guests in God’s territory.

“The constitution of the Torah is shot through with—and almost sustained by—an outright charter of the ‘resident foreigner’, the immigrant who lives among the people of Israel.”

Two additional figures, Jesus and the apostle Paul, could extend Di Cesare’s search for a new philosophy of migration. She mentions that “the theorists of liberalism have dedicated extensive comments to the parable of the Good Samaritan, with the intent of invalidating its content, which is judged impracticable.”

Who Was the Original Good Samaritan?

We sometimes hear about people being Good Samaritans. Where does the term come from? 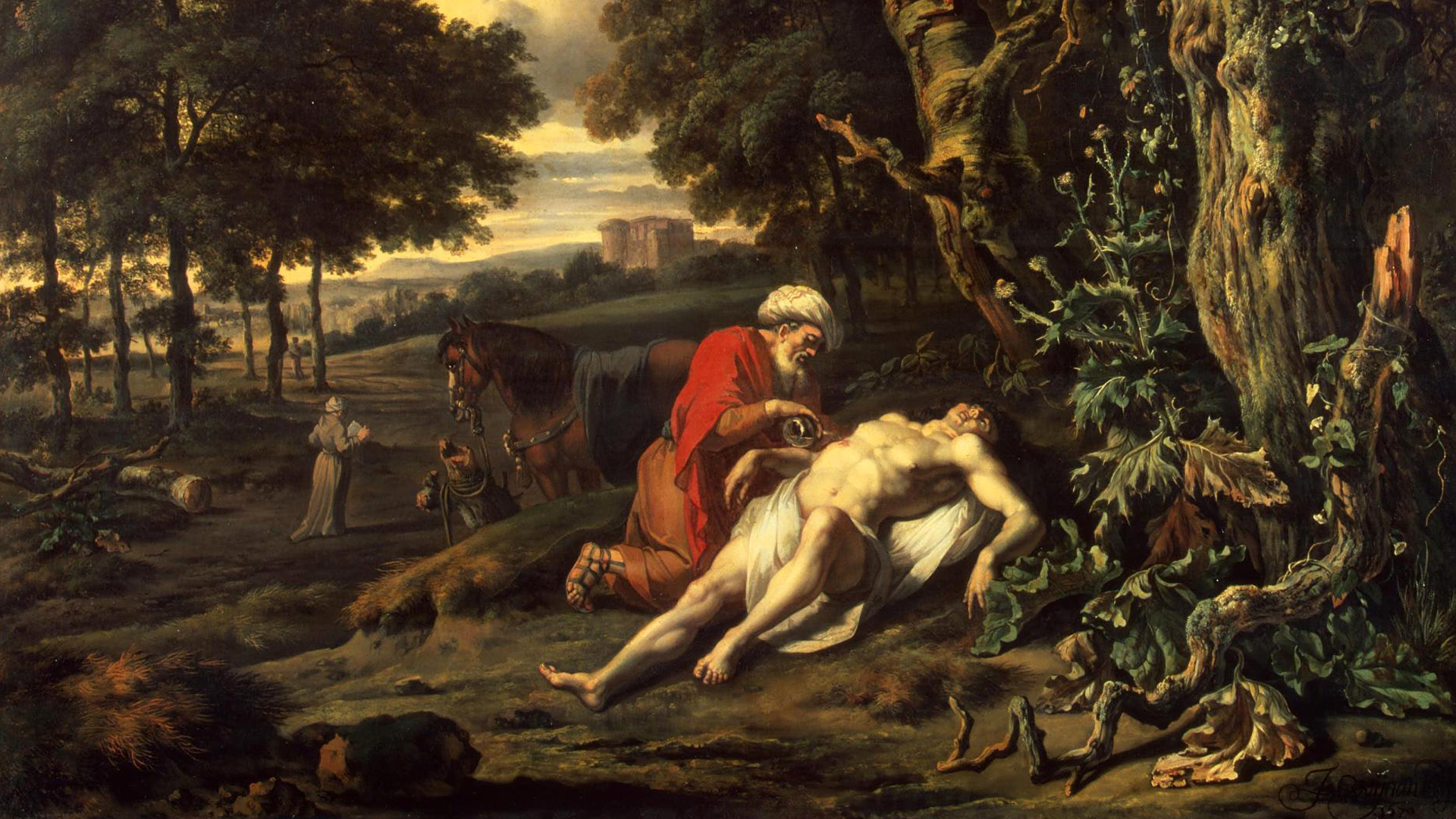 This was the very kind of opposition Jesus was up against when He spoke that parable. It demanded that His self-absorbed questioner emulate the neighborliness and compassion of the foreigner among them toward the wounded man abandoned by the roadside, rather than the hypocrisy of exclusivist religious adherents. Jesus pointed out that our neighbor is anyone in need. Much of His teaching expressed in and around first-century Romanized Jerusalem and Palestine centered on essential mercy, care and respect for the underprivileged and disadvantaged.

In Paul’s case, his Hellenistic Roman-Jewish background granted him citizenship in the empire. On his many travels, he brought Jesus’s teaching beyond Jerusalem to Athens and Rome. Among his audiences were Jews, Greeks and Romans, all treated with the same respect and openness. As Di Cesare points out, his words to believers in the great Romanized city of Ephesus speak volumes about his neighborly approach to all: “You are no longer strangers and foreigners, but fellow citizens with the saints and members of the household of God” (Ephesians 2:19).

Can the Jerusalem model supersede those of Athens and Rome in our 21st-century search for migrant equity? The answer may well rest on acceptance of another biblical maxim, well known but seldom practiced in everyday reality: “You shall love your neighbor as yourself.”