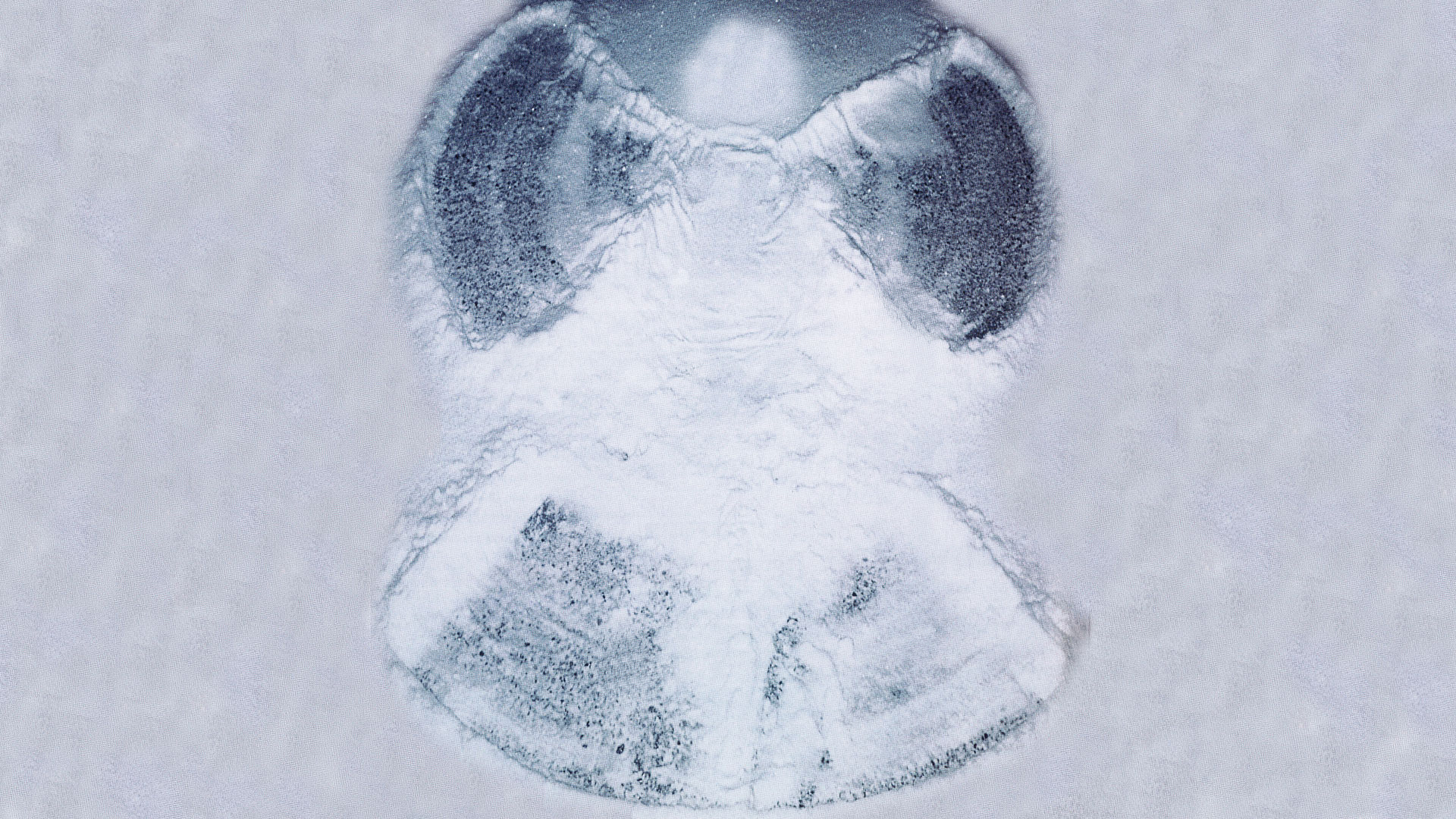 It seems that wherever we go today, we are bombarded with images of angels. They look down on us from buildings, flutter around us in shops, and stare out at us from book covers, cinema screens and television sets.

Angelic beings have long fascinated people, fueling the creativity of many a poet, painter and writer with images of flight and otherworldliness.

Why the increasing preoccupation with something most people perceive as myth? Are angels real or just figments of our imagination—throwbacks to childhood fancies of winged guardians—that lend themselves to easy (and lucrative) exploitation?

Angels in the Art Field

A survey of some renditions of angels, past and present, illustrates Western culture’s fascination with them.

In Renaissance times, artists like Sandro Botticelli painted angels into many of their works. Botticelli’s The Annunciation, for instance, shows an effeminate, winged Gabriel, complete with halo, bulky dress and sprig of lilies, kneeling at the virgin Mary’s feet.

Primavera, one of Botticelli’s secular works, depicts a tale of love and marriage, taking its inspiration from Greek mythology. While dancers play among the flowers in a wood and pick apples from trees, the angel-like Cupid, characterized as a chubby, winged baby, hovers overhead and draws back his bow to strike them with love darts.

Modern films about angels include such offerings as It’s a Wonderful Life and Angels in the Outfield. Hollywood doesn’t always portray angels in a particularly favorable light, however. Take the 1996 movie Michael, starring John Travolta, for instance. Chain smoking, hard drinking, overweight and unkempt, Michael still sports the huge wings of a celestial being. His riotous lifestyle and extraordinary ability to attract women drive the message that “love” is everything. Moviegoers are also left to conclude that angels may be shabby and bumbling, more human than heavenly, trapped between a stern Creator and the flawed, lovelorn human beings they have left heaven to redeem.

City of Angels, a 1998 movie, paints a grim picture of largely miserable beings remote from God and desperate to be human. Seth, an angst-ridden escort for the dead, falls in love with a mortal. According to the script, angels continually chafe against their separation from human contact. “I’d give up immortality for one touch of her hair,” Seth sighs as he watches the woman of his dreams going about her duties as a surgeon.

Spurred on by a chance meeting with an old friend—also an angel—who has “fallen” (given up his immortal state) for a mortal, Seth seizes an opportunity to end his life of misery as a spirit being and taste human sexual joy. His ecstasy is short-lived, as the object of his desire meets her fate under the wheels of a logging truck. The once-angelic hero is left in limbo, still in touch with his black-hooded cohorts. They stand in vast crowds watching him with sadness as he experiences what angels supposedly covet most: the human state.

This common thread runs through most depictions of angels today. In spite of their role as a kind of sophisticated person’s fairy, they are all somehow discontented with their role as servants of God.

The popular American television series Touched by an Angel, on the other hand, capitalizes on the theme of melancholy. The program aims to fill a void brought on by concern for crumbling family values, yet without being overtly denominational. “God is love” is the main message, driven home by Tess, the tough boss of a band of death angels sent to spread a rather maudlin message of good will. Angels stand over the sick and the dying, providing the embittered and godless relatives with a shoulder to cry on.

In one episode, a cowboy from Idaho agonizes over turning off his wife’s life-support system. His crisis counselor suddenly begins to glow. “I am an angel, Dan—a real angel sent by God to bring Angela home,” he says. The nurse also begins to glow as she leads the tormented rancher from the room, murmuring syrupy reassurances.

Fueled by an unending human fascination, artists and entertainers have been inspired to create more and more of these emotive images of angels. How accurate have the artists been in their portrayal? Is that even a relevant question, since many believe that angels are purely mythical?

Millions around the world do not think it unreasonable to believe in the existence of a spirit world.

Past societies for the most part assumed that the unseen world of angels does exist. Our modern, rational world doubts it, believing that if something can’t be proven through the five senses or the scientific method, it must remain a question. Yet the success of movies and television programs such as those mentioned earlier is evidence that millions around the world do not think it unreasonable to believe in the existence of a spirit world.

The concept of angels is based in the Bible, but exactly what does that book say about them?

The Bible certainly affirms that spirit beings do exist. There are more than 300 references to angels in the Scriptures.

The word angel, as it is used in the Bible, is translated from the Hebrew malak and the Greek aggelos or angelos. In both languages the word means “messenger.” Indeed, this is often the role of angels as depicted in the Scriptures. The angel Gabriel was sent to Mary to tell her that she would give birth to Jesus (Luke 1:26–32). This same angel was sent to help the prophet Daniel understand a vision he had seen (Daniel 8:16). And when Jesus was born, an angel was sent to a group of shepherds near Bethlehem to announce His birth (Luke 2:8–11).

Yet angels have other functions too. The book of Revelation informs us that angels will be instrumental in preparing the earth for Christ’s return. And some angels serve at God’s throne, offering praise (Revelation 4:6–8).

Another purpose of angels is to help and care for humans (Hebrews 1:13–14). They appeared to the prophets of the Old Testament and the apostles in the New, strengthening them, protecting them and even releasing them from prison.

It is this role of angels that excites the human imagination most. The thought of a mysterious encounter with an entity unbridled by physical laws, appearing and disappearing to profoundly alter one’s life, can send chills up the spine of the most callous.

Books, magazines and Internet sites filled with stories of encounters with angels have proliferated over recent years, indicating that for some the fascination has become an obsession. These same sources encourage their readers to communicate with angels, and they go on to offer advice on how to do it.

Internet sites may invite visitors to join discussions in angel chatrooms or send an “angelgram.” The creator of one such site calls it a “journey together to a haven that touches the heart, warms the soul, and enlightens your spirit.” According to more than one site, a visitor there can actually feel the presence of angels. These sites might offer newsletters about angels; art and jewelry depicting angels; or wind chimes, music boxes, T-shirts and stationery featuring angels. You can find chocolate angels and even dog or cat angels. There are sites where visitors can share experiences with and sightings of angels or have their dreams about angels interpreted. There is even a page that supposedly can tell which guardian angel is assigned to you, based on your birth date.

Of course, the opportunity to make a profit is not lost even on those who are obsessed with the spiritual. As you might expect, each of these products and services comes with a price tag.

But like most obsessions, the one with angels is not healthy. Though a growing number of people are interested in making contact with the angelic world, the Bible records very few instances where humans and angels interacted. Most people who have encountered angels through the ages have probably been unaware of the fact, assuming instead that they were interfacing with other human beings. The book of Hebrews states that “some have unwittingly entertained angels” (Hebrews 13:2).

Most people who have encountered angels through the ages have probably been unaware of the fact, assuming instead that they were interfacing with other human beings.

The fact that angels often interact with humans anonymously is key in understanding that the current fascination with them is misguided.

It’s no secret that the Scriptures also acknowledge a dark side of the spirit world, which is headed by Satan the devil. Once a tremendously powerful angel named Lucifer (heylel in Hebrew), “star of the morning dawn,” he rebelled against God and convinced one third of the angelic realm to ally with him. We know these beings as demons; the Bible refers to them more than 120 times.

An incident recorded in the Gospel account of Luke serves to illustrate the power of demons. In the story, Jesus encountered a man who had been possessed for some time by not just one demon but many. The man was completely out of control of his own mind, living naked in the caves above the Sea of Galilee. People had attempted to restrain him by locking him in chains, but the demons gave him the strength to break the chains and retreat into the desert. Yet after the demons were cast out of him, the man was once again “in his right mind” (Luke 8:26–35).

Based on recorded incidents such as this one, it is evident that these spirit beings can gain control of a human mind and that the consequences can be devastating.

No doubt the surging interest in angels has been fueled by the rise in New Age and occult religions, which attempt to combine elements from Christianity with various ancient pagan, cultic religions. Angels also feature in aspects of astrology and are invoked in channeling, meditation, magic rituals and witchcraft.

Even traditional Christians are giving more focus and attention to angels, studying them with the intention of increasing their interactivity with them. Many admit to trying to communicate with them.

Yet nowhere in the Bible are people encouraged to seek contact with these beings from the spirit world. In fact, angels who did appear to men and women in the Bible were quick to take the focus off themselves and redirect it toward God and Jesus Christ. They are primarily what their name suggests: messengers. They are not to be the focus of worship or attention.

There are no examples in the Scriptures of angels, on their own initiative, seeking to interact with humans.

Accordingly, there are no examples in the Scriptures of angels, on their own initiative, seeking to interact with humans. Neither are there any examples of true angels of God responding to human attempts to communicate with them. On the other hand, the malevolent beings called demons might very well welcome the invitation. The apostle Paul wrote that Satan sometimes masquerades as “an angel of light” in an attempt to deceive people (2 Corinthians 11:14). The spirit world, according to the Bible, is a realm whose power people should neither underestimate nor take lightly.

Therein lies the problem with the ever increasing human fascination with spirit beings. Though people generally intend to make contact with “good” angels, they may in fact be soliciting demons. Though the Bible assures us that demons are limited in their power, and most people will never be conscious of their activity, there is a real danger for those who seek interaction with the spirit realm.

Hollywood, like artists through the ages, has created pictures and images of angels that are based more on ideas and myths from the human imagination than on Scripture. It is mostly an attempt to entertain by exploring worlds unknown. This may seem harmless on the surface, and for most it may well be. But those who are inspired to delve further into the world of angels, demons and the occult could find that they are playing on a dangerous playground.