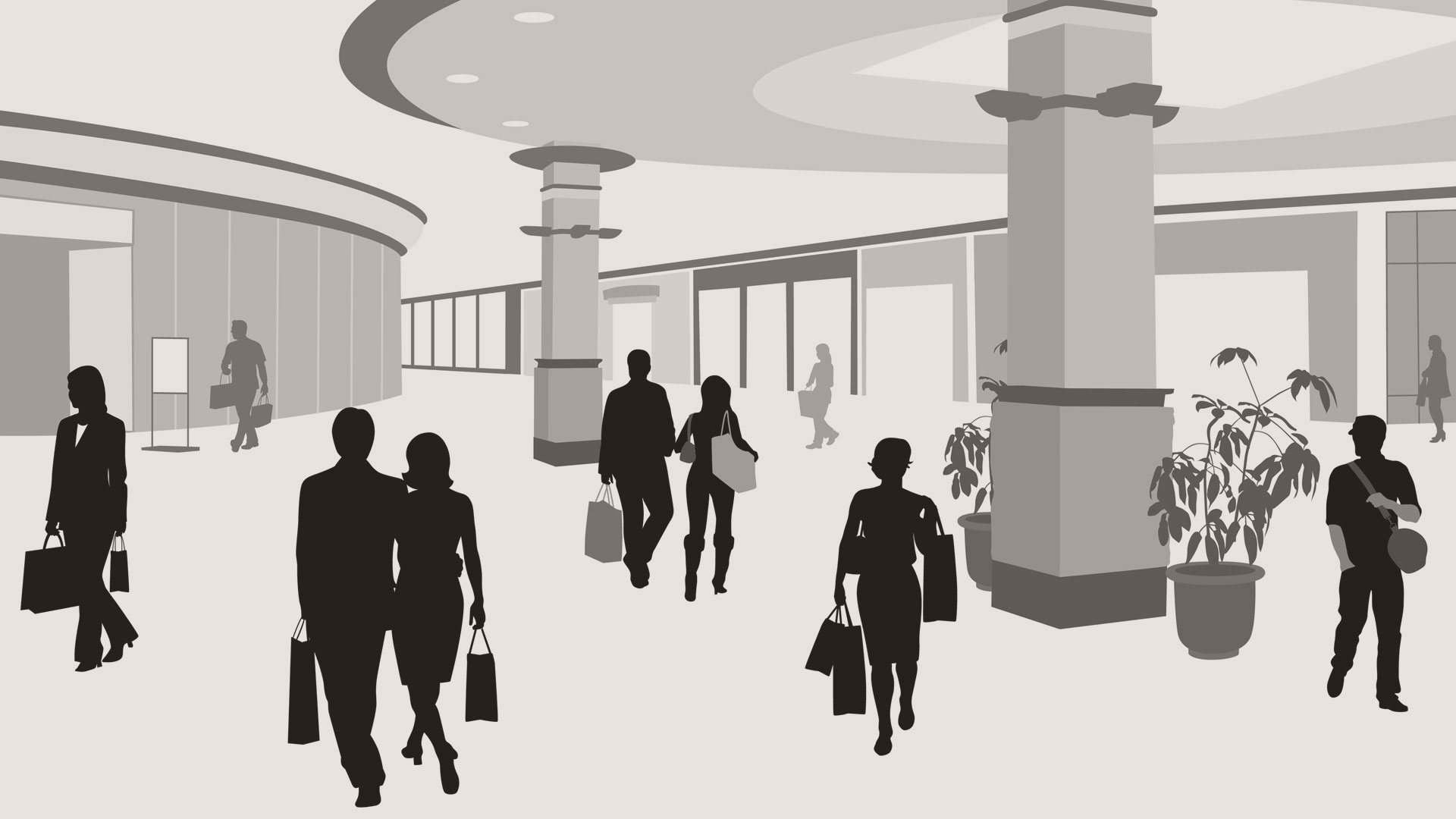 Whether through the pressure felt by adults to “keep up with the Joneses,” the demand by teenagers for items of clothing bearing a certain logo, or news items describing the leader of an impoverished country buying himself a new yacht, most of us have observed the phenomenon known as conspicuous consumption. The expression was coined by the economist and sociologist Thorstein Veblen in his book The Theory of the Leisure Class (1899) as a way of describing the pattern of consumption he observed in the 19th century. However, the phenomenon itself represents a way of life that is long established.

Roger Mason, former professor of consumer theory at the University of Salford, points out in his 2002 paper published in Intersubjectivity in Economics that “preoccupations with status-seeking consumption on the part of the rich and powerful are found in the earliest societies, and the extravagances and excesses of ruling élites have been well documented.” So although this is nothing new, what has changed is that with steadily increasing living standards during the 20th century and into this one, more people around the world can now indulge in a pattern of consumption where outward appearances are more important than utility. For many, the brand name and designer label have become established factors in spending decisions.

Conspicuous consumption is now often used to describe spending on goods and services by individuals or households that wish to display their wealth or income. But surprisingly it is not restricted to one socio-economic group. Research by Nikolai Roussanov, assistant professor of finance at the Wharton University of Pennsylvania, along with Kerwin Kofi Charles and Erik Hurst at the University of Chicago, has shown that it is even common among lower socioeconomic groups as a means of avoiding the stigma of poverty. As an explanation for their findings, they state: “The intuition is that as poorer people are added to a population, persons of every level of income must now signal more to distinguish themselves from those immediately poorer than them, since those people are themselves now compelled to spend more to distinguish themselves from persons who are even poorer still.”

This phenomenon has even been seen in emerging economies in more recent years. For example, India, with millions of its population living in poverty and in receipt of international aid, has a growing market for luxury goods. Goran Larsson, a spokesman for Volvo Car Malaysia, notes that the way the Indian luxury car market is growing, he expects it to become the second largest in Asia by 2020.

Most would consider the lavish spending and excesses of the minority to be wasteful and narcissistic. We may also be concerned about the short-sightedness of individuals living beyond their means, making spending choices based on the desire to impress or please. As important as these matters are, however, they can become a smokescreen for another more fundamental consideration; namely, that most of us are locked into a global system that is based on consumption per se—conspicuous in the fact that it is all pervading.

Economists and politicians often see high consumer confidence as a positive indicator. In the wake of September 11, 2001, former U.S. president George W. Bush encouraged continued participation and confidence in the American economy. And later, anticipating a recession in 2007, he urged Americans to go out shopping to boost the economy. Following the recent world financial crisis, one of the remedies many nations undertook was to engage in quantitative easing—a method of boosting the availability of cash in the economy by a process of minting and printing. The theory is that the best way to get the economy back on its feet is to pump money into the system so that people have funds, much of it borrowed, with which to consume more goods and services.

It is not just on a macroeconomic scale that pressures to consume exist. For example, many relatively cheap high-street fashion items are produced on the basis that they will not have a life beyond half a dozen or so washes. By that time a new range will be available and we will discard and consume anew. We may see this in terms of the waste of the item itself and the poor value it represents, but what often goes unnoticed is the consumption, frequently in developing countries, of vast quantities of increasingly scarce resources—such as water—in the production process.

Likewise, anyone who has tried to keep a vehicle running beyond its warranty will know the prohibitive cost of replacement parts. Coupled with built-in obsolescence, it is often not long before a car, washing machine, computer printer, or any other big-ticket item, becomes uneconomical to repair. Typically for such appliances, energy is used in disposal, landfills are clogged, scarce resources are used in the production of replacements, and pollution and carbon dioxide emissions are increased. For the want of a spare part, a kingdom, a planet, was lost.

Of course, we would be remiss not to point out the excellent recycling schemes that exist and the benefits of upgrading to more energy-efficient models. However, in the battle that has been dubbed “People v the Planet,” it is still not clear who the winner will be. In a November 25, 2010, airing of the BBC Radio program Peter Day’s World of Business, Tim Jackson, professor of sustainable development at the University of Surrey, pointed out that although growth has been beneficial, it cannot be sustained, as this is a finite planet. He argued that the system is running up against its limits, while we still have not lifted the poorest out of poverty. With a predicted global population of 7 billion for 2011 and 9 billion by 2045, the slices of the mass consumption pie may increasingly need to be cut more thinly.

Peter Day added that in the last 200 years, since the industrial revolution, industry has been powered by water, steam, coal and oil, but now some are worried that the era of cheap energy is coming to a close. However, British economist, commentator and author John Kay argued that gainsayers have been predicting the end of growth for many years. He feels that the problem will be solved by the onward march of human ingenuity. Jackson countered that we are making heroic assumptions about our own cleverness, and that we need to look at the underlying dynamics of the system before it is too late. Day concluded the discussion by stating the obvious: big questions remain about the way we run the world.

The time is fast approaching when we will need to decide whether we can maintain a business-as-usual approach, applying technological fixes to a system many consider broken and fundamentally flawed. Can we push at the boundaries of human ingenuity to cater to increased consumption for all the extra people there will be, while helping the poorest attain the goods and services that many of the wealthy already enjoy? Will continued economic growth and our current consumption-based model prove to be the answer? Or will a new model such as the one advocated by the zero-growth or de-growth movement (from the French décroissance) provide an alternative sustainable solution?

It is good that some people are doing what they can to live simpler, more sustainable lives, questioning the true cost and value of their pattern of consumption. And it is right that others are asking important questions about the way we run the world. However, with such an entrenched system and without a consensus on how to proceed, we need first to consider where we should look for the answers to the questions we ask.

Various sections of the often overlooked “handbook for humanity,” the Bible, foretell a future phase of life on planet Earth that will be dominated by a global socio-economic, politico-religious system. As with all the previous attempts at human governance, this one too will come crashing down—to the dismay of many: “The merchants of the earth weep and mourn for her, since no one buys their cargo anymore” (Revelation 18:11). What follows in this account is a long list of trading commodities including, ominously, “human souls” or slaves, and culminating in economic disaster: “The merchants of these wares, who gained wealth from her, will stand far off, in fear of her torment, weeping and mourning aloud. . . . For in a single hour all this wealth has been laid waste” (Revelation 18:15, 17).

Fortunately, beyond this time the Bible describes a much brighter future: “They shall build houses and inhabit them; they shall plant vineyards and eat their fruit. They shall not build and another inhabit; they shall not plant and another eat; for like the days of a tree shall the days of my people be, and my chosen shall long enjoy the work of their hands. They shall not labor in vain or bear children for calamity, for they shall be the offspring of the blessed of the Lord, and their descendants with them” (Isaiah 65:21–23).

However, this will not come about as a result of our own cleverness; quite the reverse. When we begin to see ourselves as the cause and not the cure, the problem and not the solution, then we will be better placed to look outside ourselves for the source of hope for the future.