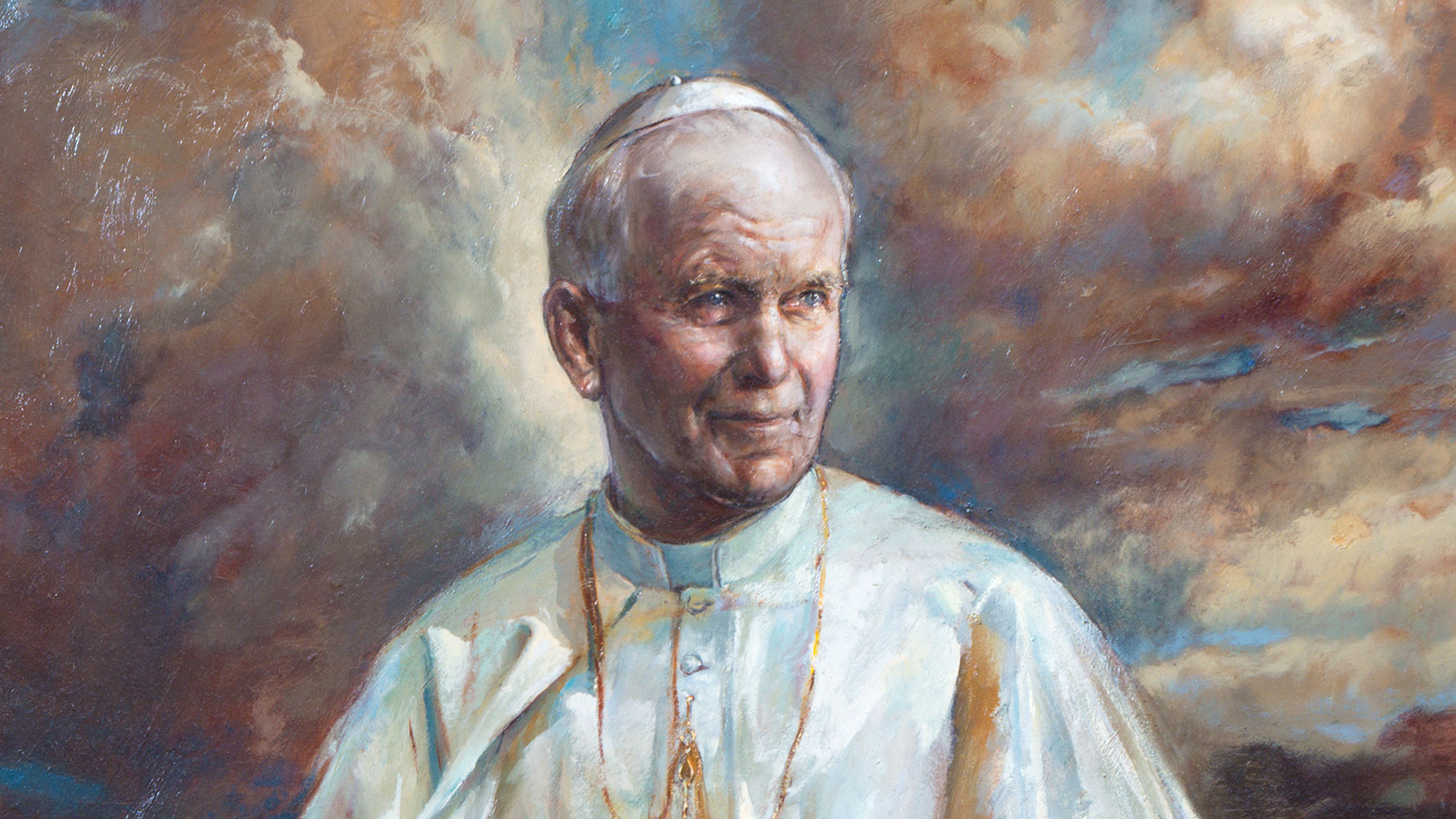 May 13, 1981, will always stand out in the life of John Paul II. As the popemobile was inching its way through the open-air audience at St. Peter’s Square, Mehmet Ali Agca fired two shots at him. At that precise moment, the pope bent down to hug a young girl who was wearing a small icon of Our Lady of Fatima. Had he not done so, the bullets would have ripped through his skull. Still, the pontiff suffered serious wounds and spent three months in hospital.

In 1917, on the same date as the shooting, three peasant children in Fatima, Portugal, claimed to have seen the Virgin Mary. In a series of three visions, the apparition is said to have warned the children about disasters that would befall the world if people did not pray and consecrate themselves to her “immaculate heart.”

The pope became convinced that divine intervention, through the Lady of Fatima, had saved his life. Since the assassination attempt, he has never stopped expressing his gratitude to her. On the first anniversary of the shooting, he traveled to Fatima to meet the only remaining visionary, Saint Lucia. He placed his blood-stained sash at the feet of the statue of Mary and put the bullet of the would-be assassin in her crown.

Of the three secrets revealed in the Fatima visions, the first two related to the two world wars, the rise and fall of Russia (interpreted as communism), and a coming time of peace. These were made public long ago. But for years there has been speculation concerning the “Third Secret of Fatima.” Many feared that it concerned a doomsday prophecy of such proportions that it was too terrible to tell, for which reason its message had been withheld.

So convinced was John Paul that the third prophecy was mainly fulfilled by his miraculous escape from the assassin’s bullet, that the Vatican recently released a statement claiming (rather controversially) that this was now effectively history.

As we approach the end of the year 2000 and its celebrations, designated by the Roman Catholic Church as “The Great Jubilee,” it is apparent that John Paul passionately expects the Fatima visions of an “era of peace” and worldwide spiritual renewal to be realized. He believes in a “new springtime of Christian life which will be revealed by the Great Jubilee, if Christians are docile to the action of the Holy Spirit” (Encyclical “Tertio Millennio Adveniente,” III, Section 18, 1995); the tribulation of the 20th century will be replaced by an era of peace in the 21st—with the Roman Catholic Church playing the leading role.

As John Paul wrote in the same encyclical, this vision of the future and all the preparations for the church’s millennial celebrations became “a hermeneutical key of my Pontificate.” It has indeed provided focus and motivation, enabling him to help engineer the collapse of Soviet communism; to strengthen and unify the church by dealing with internal dissent; and to remain fit enough to usher in the Roman Catholic Church's Great Jubilee.

Yet it is highly questionable whether the pope’s millennial vision will be realized in the very near future. On the basis of available political evidence as well as a detailed examination of the Scriptures, this view is likely to be far from accurate, with numerous events prophesied to unfurl first (see “A Vision of the Future”).