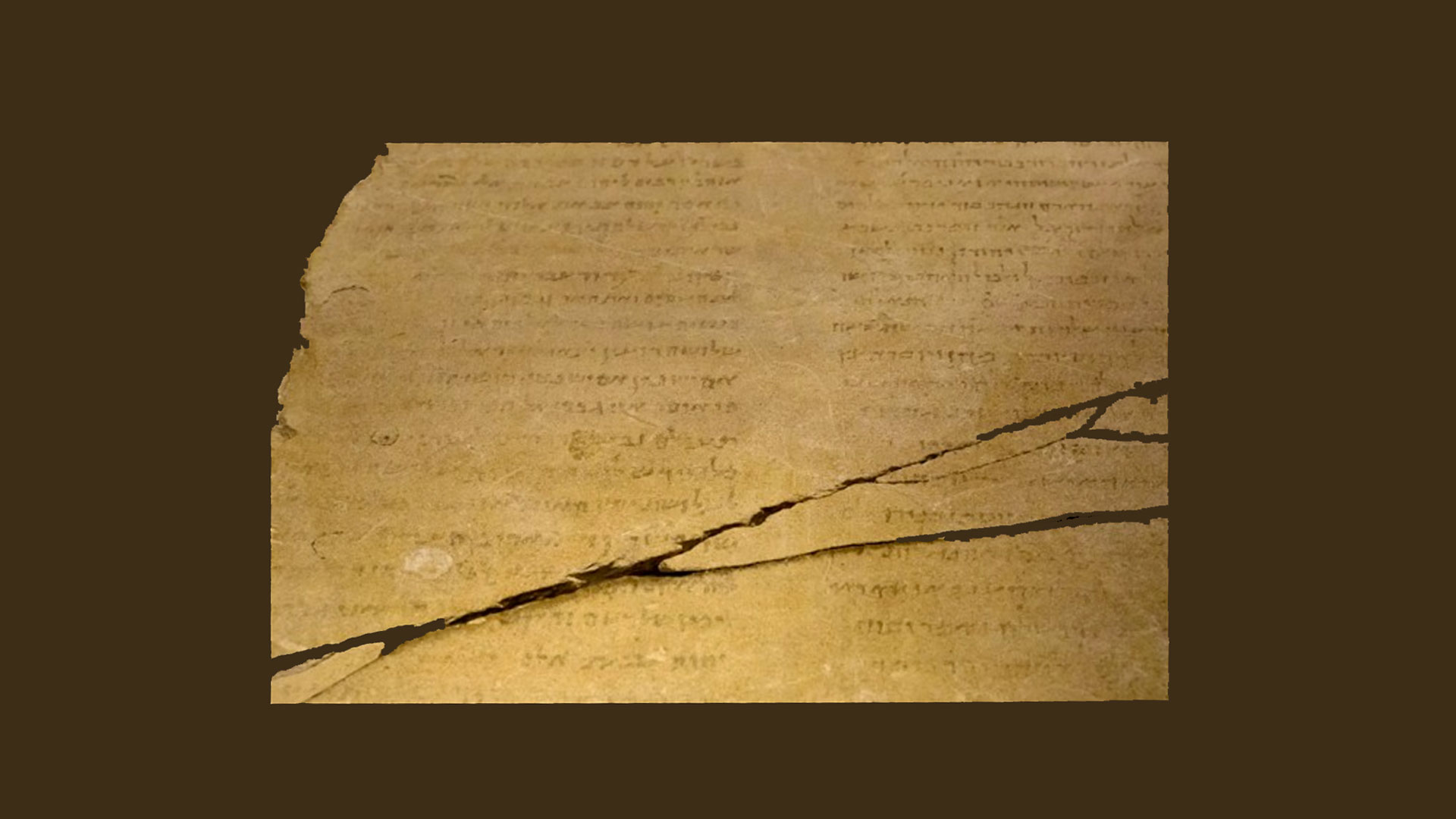 The 60th anniversary celebrations of the Dead Sea Scrolls (DSS) discovery gave occasion to spotlight another archaeological find that has been waiting in the wings for some time. While simultaneously sparking renewed media interest in the scrolls, the discovery—dubbed Gabriel’s Revelation, or the Jeselsohn Stone—attracted headlines such as “Tablet Stirs Resurrection Debate” and “Ancient Tablet Ignites Debate on Messiah and Resurrection.”

Details of this antiquity were published in the Hebrew journal Cathedra in 2007, and the Israeli English-language media also wrote about it, yet the tablet did not at first attract the focus it warranted. To raise public awareness, those assembled for the DSS anniversary conference attached some importance to discussing the artifact, which may date back to the same time as the scrolls.

A private collector in Switzerland has owned the stone for the last 10 years, but because it was not found in a supervised archaeological excavation, it lacks provenance and hence authenticity. Although there is no compelling reason to believe that it is a forgery, given the problems that have beset the archaeological world with the marketing of fake artifacts in recent years people are cautious about this stone. If it is not a forgery, it is thought that it was most likely looted from a grave in southern Jordan and then sold on the antiquities market.

A fascinating aspect of the tablet is that the message is not inscribed by a chisel or stylus as is normal for stone; rather the message has been written with pen and ink. Writing on pottery shards with ink was common—the ancient-world equivalent of memos and instant messaging—but only one other ink-inscribed stone of the era, found at Qumran in the 1950s as part of the DSS archaeological excavations, is known to exist.

Although this is a rare example of such an inscription, its possible meaning has created even greater intrigue. This is in part because the stone is damaged such that not all of the message remains.

Despite the damage, however, Hebrew University professor Israel Knohl was quick to analyze and interpret the message. He eagerly highlighted its similarity (as he read it) to the messianic hymns from Qumran, about which he had written in the past. In his view the stone, together with the scrolls and various references by first-century Jewish historian Josephus, spoke of a messiah figure who was killed with an expectation of being resurrected “after three days.”

But Knohl is not referring to Jesus Christ. In 2000, he published a book titled The Messiah Before Jesus: The Suffering Servant of the Dead Sea Scrolls. His peers described the book’s thesis as “daring,” “bold” and “provocative.” One predicted that Knohl’s ideas would “elicit a storm of controversy.” Such a comment is understandable in that a widely-held view among Bible scholars is that people who lived during that time, referred to as the Second Temple period, had no expectation of a soon-coming messiah as expressed by the later New Testament writers. A common claim is that the idea of a savior—a “suffering servant”—was added later to justify the death of Jesus as Messiah.

Knohl’s claims are in many respects problematic, but they do falsify the idea that no one in the pre-Christian Jewish community expected a messiah. And Knohl is not alone in his views. Other researchers have also written of the messianic aspects of the Dead Sea Scrolls and other literature of the Second Temple period. Brant Pitre, in his volume Jesus, the Tribulation, and the End of the Exile: Restoration Eschatology and the Origin of the Atonement, sees the idea of a suffering messiah as having been widespread based on other writings of that time. One reviewer of Pitre’s book opined that his “analysis and conclusions . . . have quite huge implications” and that they “at least demand that the evidence be seriously reevaluated” (John A. Dennis, Review of Biblical Literature, June 2008).

Irrespective of the inscription’s authenticity or the accuracy of its translation as a whole, the artifact has the potential of placing the suffering-messiah issue back into the crucible of discussion among scholars, regardless of their religious persuasion.