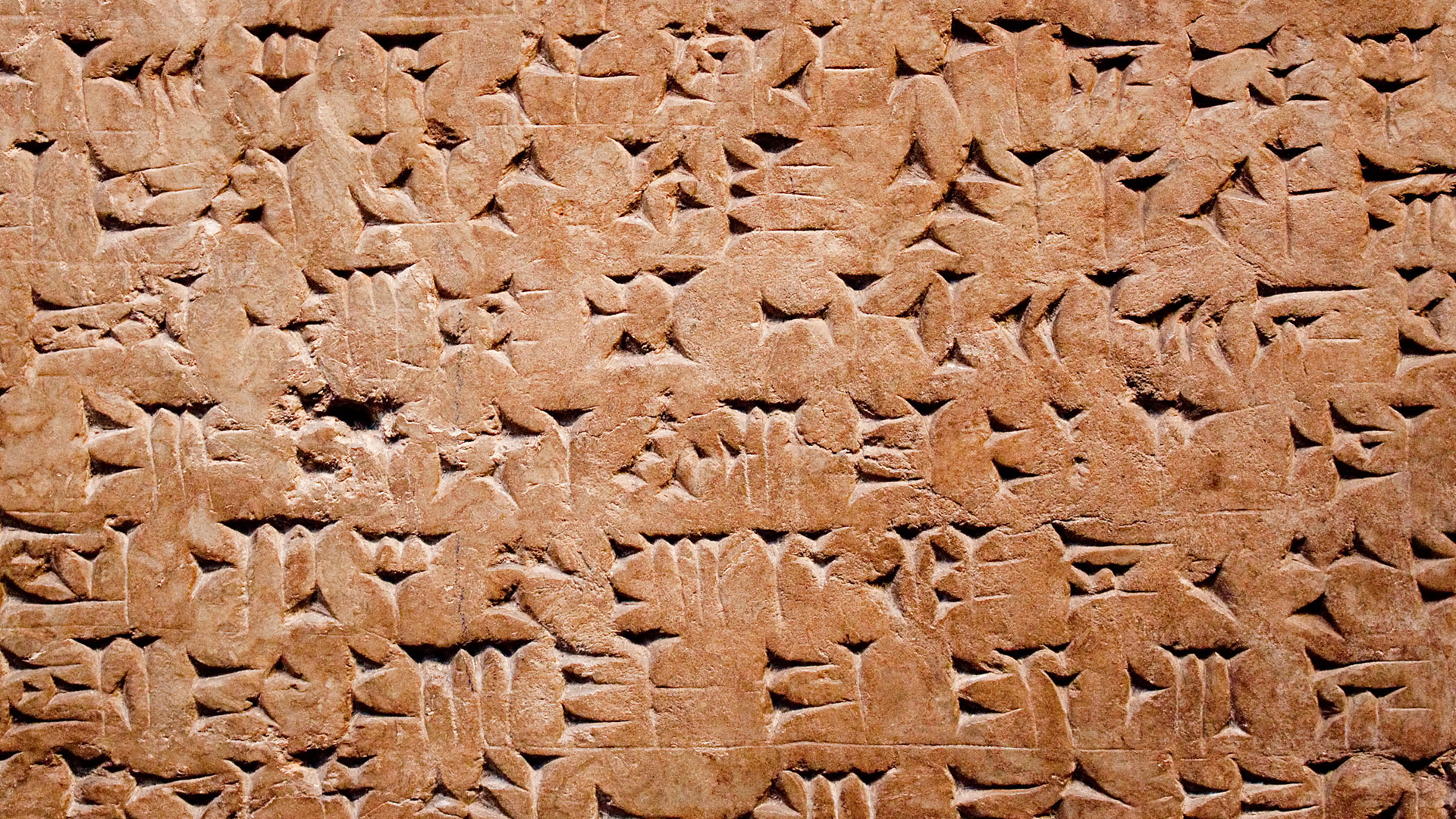 Our alphabet is so much a part of everyday life that we seldom give it a passing thought. Whether we pick up a newspaper or magazine, or sit at a keyboard and send an e-mail to another part of the globe, irrespective of our language, we use an alphabet.

Historically, the establishment of an alphabet signals a structured society that has developed complex means of communicating ideas. That’s why archaeologists have been keen to discover when alphabets were first used.

Egypt is replete with ancient hieroglyphics, which communicated through the use of pictograms as opposed to a phonetic alphabet such as we use today. Some oriental languages still use pictograms. While Egyptians continued to record important events and details in hieroglyphics until Roman times, Egypt also appears to be the birthplace of the phonetic alphabet, from which all alphabets in use today are said to have descended. In contrast, ancient Mesopotamia communicated through cuneiform, or wedge-shaped characters impressed on clay. Although that system gradually developed into a syllabic alphabet, it was eventually replaced by Aramaic, a Semitic language closely related to Hebrew, which became the norm under the Persians.

Until the end of the 20th century, the oldest-known phonetic writing and alphabet had been discovered at copper mines on the Sinai Peninsula, at a place known as Serabit el-Khadem. The writing was dated to approximately 1600 to 1500 B.C.E. From the nature of the writing, experts considered the alphabet to have been developed by an Egyptian-influenced Semitic people who lived in Syro-Palestine, the area of present-day Lebanon, Syria, Israel and Palestine.

A relatively recent discovery has turned that theory on its head, however. In 1994 Yale scholar and Egyptologist John Darnell and his wife, Deborah, discovered inscriptions in Egypt at Wadi el-Hol, otherwise known as the Gulch of Terror, an inhospitable location in the nation’s western desert. Darnell and his team found what they consider to be the missing link between the hieroglyphs of Egypt and the phonetic alphabet.

The writing found at Wadi el-Hol is dated to about 1850 to 1750 B.C.E., 150 to 350 years before the Sinai inscriptions. What is more, the inscription incorporates characters that are similar to those found in Sinai and in later Semitic writing. This has led to the conclusion that the alphabet, although begun in Egypt, was actually developed by a visitor, believed from other references in the area to be a Western Asiatic or a Semite who sought a better way of communicating than the Egyptian method. That alphabet left Egypt without gaining a real following there, but it became established in ancient Israel and Phoenicia and eventually conquered most of the world through the Greek and Latin languages.

The discovery at Tel Zayit, along with those at Byblos and Gezer, is far more significant than the physical details of the stone and its provenance suggest. It speaks not only to the language and communication skills of people in ancient Israel and Phoenicia at the time of writing, but to the entire development of alphabets and written communication from ancient Egypt to the present day.