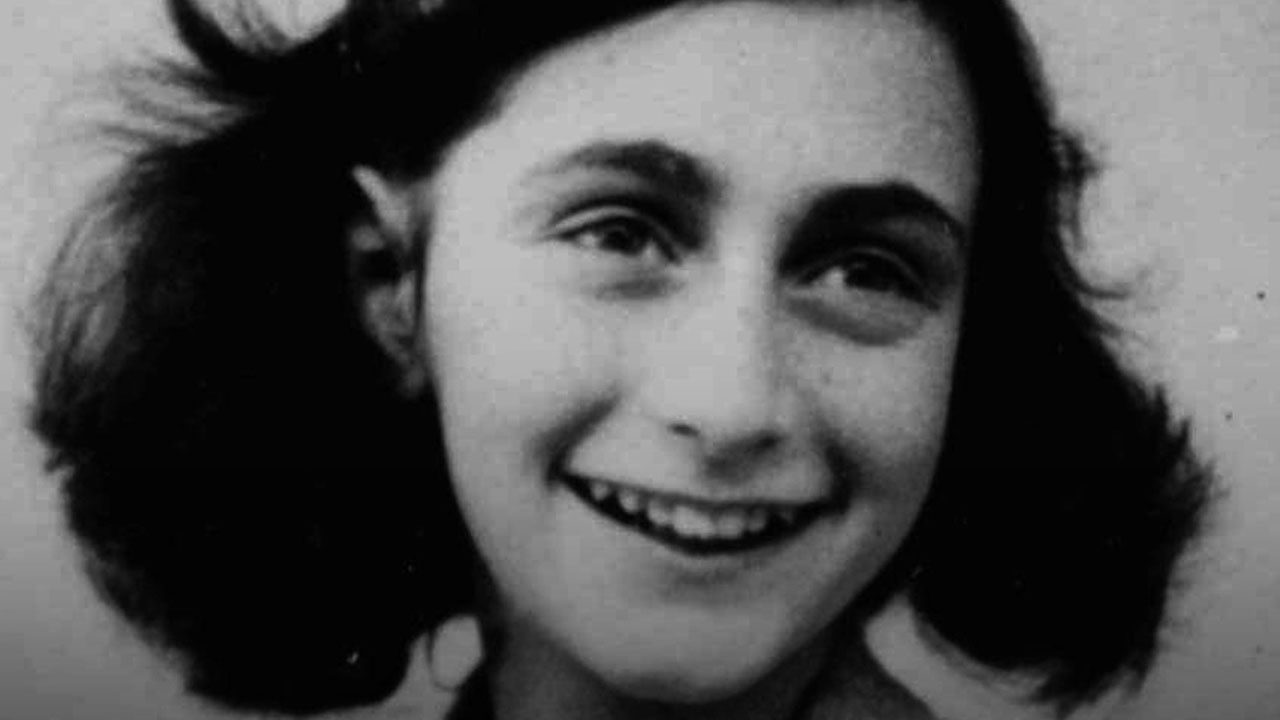 “When you let beauty and peace sink into you, dissension and strife begin to look like sheer insanity. Everything that people make a fuss about, becomes unimportant.”

So said a character in a short story written by Anne Frank in 1944, but the words could easily have been her own. Anne is better known, of course, as author of the best-selling secular nonfiction book of all time, which she began on her 13th birthday and finished at age 15. Anne Frank: The Diary of a Young Girl has at times been listed as second in nonfiction sales only to the Bible. June 2002 marks the 50th anniversary of its publication in the English language.

Always an aspiring writer, Anne wrote about her ambition in her diary entry for April 4, 1944: “I want to go on living even after my death! And that’s why I’m grateful to God for having given me this gift, this possibility of developing myself and of writing, of expressing all that is in me. . . . Will I ever become a journalist or a writer? I hope so, oh, I hope so very much.”

“I want to go on living even after my death! And that’s why I’m grateful to God for having given me this gift, this possibility of developing myself and of writing.”

Born to Otto and Edith Frank in Frankfurt, Germany, on June 12, 1929, Anne came into the world with difficulty and did not begin breathing immediately. Edith Hollander Frank was happy to hear those first squalls signaling life, but Anne’s crying did not abate over the following weeks and often kept her mother awake at night.

Three-year-old Margot adored her baby sister. She was delighted to have a live doll to play with and was not put off by Anne’s colicky disposition.

Fortunately for Anne, her toddler ways were more winning. She quickly grasped the negotiating power of wide eyes, an impish grin and snuggles. Her irresistible clowning offset a strong will that could exasperate even her patient father.

By April 1932, the Franks had fallen into financial difficulties. Otto wrote, “The only bright spot is the children, who are sweet and take my mind off our troubles.”

Their troubles had barely begun, however. Nine months later, Reich president Paul von Hindenburg appointed Adolf Hitler chancellor of Germany. It soon became evident that Hitler was building a dictatorship that would be hard to stop. While many opponents did not understand the full implications of Hitler’s philosophies, Otto Frank understood enough to realize that he had to remove his family from Germany. He considered his relatives in Switzerland, London and Paris, and contacts in Amsterdam and the United States.

The best option seemed to be Amsterdam. It was fairly close to home, and Otto’s brother-in-law could easily provide him with a job. Jews were well accepted in Holland, and the country had remained neutral in World War I. It seemed a safe and welcoming haven.

When Anne was ready for kindergarten, she was enrolled in the local Montessori school. Maria Montessori’s education system was already forbidden in Germany, but the Nazis had not yet gained control of Holland, so Anne’s Montessori education continued until she was almost 12.

In 1940, however, the Nazis took Holland, and the next year Anne was required to register at one of the new all-Jewish schools that had opened to accommodate Nazi orders for segregation. Gradually over the next year, more signs reading “Forbidden to Jews” appeared in public facilities and businesses. Beginning in the spring of 1942, Anne wore a yellow Star of David on her clothing, along with all the other Jews, in order to comply with the latest decree.

Despite the inexplicable changes to her world, Anne’s girlhood continued in as normal a manner as possible. Jewish children were banned from swimming pools and beaches and were not allowed to indulge in any sports, including fishing, tennis and soccer. Fortunately, Anne had a penchant for reading and writing. When a teacher gave her writing assignments as punishment for her incessant chatter, she wrote such entertaining stories that the teacher relented. “Since then,” Anne wrote in her diary on June 21, 1942, “I am allowed to talk, never get extra work, in fact [the teacher] always jokes about it.”

Two and a half weeks after this entry, the Franks were in hiding.

The next two years of Anne’s life are chronicled in her famous diary. In her own words she described the life of a Jew in hiding during the Nazi reign of terror. But when the family was betrayed and arrested on August 4, 1944, the entries stopped: her diary was left behind on the floor of their hiding place.

Hanneli Goslar, a former childhood friend of Anne’s, reported that she had spoken to Anne through a barbed-wire barrier at Bergen-Belsen a few days before her death. At that time Anne expressed a deep hopelessness. She believed both her parents were dead, and she must have been aware that her sister Margot was very ill. In fact, the two girls died of typhus within days of each other.

In the meantime Miep Gies, the Dutch woman who had been instrumental in hiding the Franks, found Anne’s diary. After the war she gave it to Otto Frank, the only one of the family to survive the concentration camps.

Gies later wrote: “Anne cannot, and should not, stand for the many individuals whom the Nazis robbed of their lives. Each victim had his or her own ideals and outlook on life; each victim occupied a unique, personal place in the world and in the hearts of his or her relatives and friends. In their racial madness, Hitler and his accomplices tried to claim just the opposite: they portrayed the Jews as a faceless enemy even as they annihilated six million individuals, extinguished six million individual lives.”

Anne Frank’s own short life leaves us with a sense of tragedy and joy, strangely blended.

She aspired to be a journalist and a famous writer but was not allowed the chance to pursue that dream, although she clearly had the potential to achieve it. She worked hard to improve her skills. She wrote thoughtful, soul-searching short stories, some of which have survived. She looked critically at what she wrote, revising her efforts with an eye to their postwar publication. But in a cruel instance of man’s inhumanity to man, her potential was checked before it was fully developed. That is the tragedy.

The joy is that she achieved her purpose nonetheless. Anne Frank was a young girl with a vision: to become an author and have a profound effect on the world. Although her life was cut short, the dedication she applied to her vision actually resulted in its realization—possibly beyond her wildest hopes.