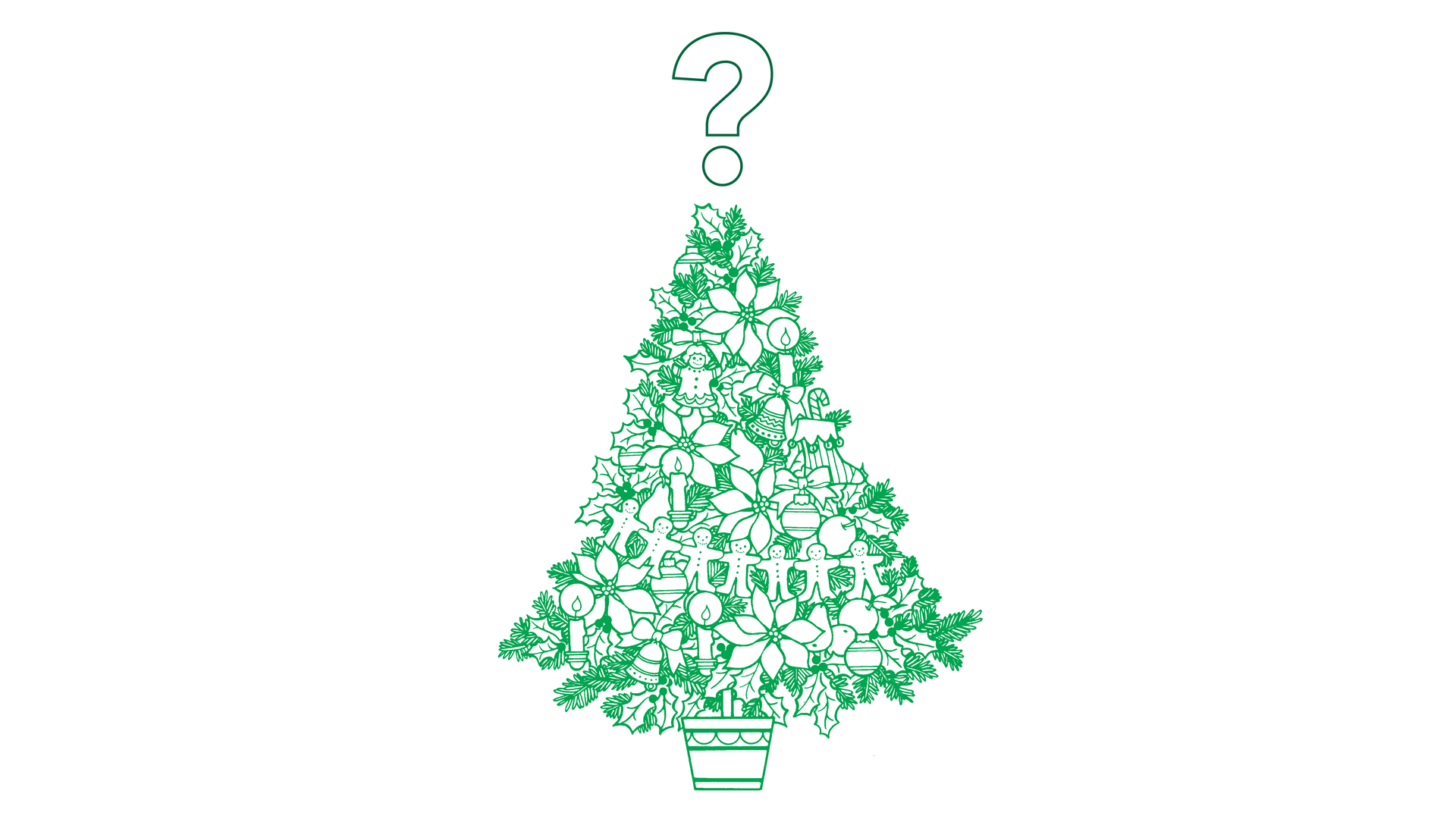 In a popular 1965 Broadway musical set in tsarist Russia, the main character insisted that tradition provided balance in the villagers’ lives and that, without traditions, their lives would be “as shaky as a fiddler on the roof.” Traditions are indeed comfortable and somehow reassuring. If we leave the security of the customs we have grown up with, we feel shaken and a bit unstable, as Tevye so eloquently said.

Tradition plays a powerful role in the customs that various cultures embrace. Consider Christmas, for example. The Catholic Encyclopedia states plainly that it “was not among the earliest festivals of the Church.” Rather, this Catholic source cites the festival as an example of a doctrine or custom “transmitted from one generation to another. . . . It is an old tradition that Jesus Christ was born on 25 December” (emphasis added throughout).

But is tradition enough to justify a custom that is inherently at odds with the very person or event it claims to celebrate?

Many people, writers of the Catholic Encyclopedia included, readily accept that the festival we know as Christmas, together with its customs, is not derived from Scripture. They acknowledge that the Bible provides no support for its observance, yet they fully endorse the celebration of Christ’s birth on December 25.

And on the face of it, Christmas does seem like a fine tradition. The season brings families and friends together in celebration. And what does it matter whether Christ was born on that day or not, so long as He is being honored? Why should it make any difference that the traditional trees, lights, holly, mistletoe, tinsel, Yule logs and Christmas gifts all share their genesis in paganism? Doesn’t the spirit of Christmas outweigh the origins of the various traditions, even if the holiday is based on falsehoods?

“In winter, when all is brown and dead, the evergreens are manifestations of the abiding life within the plant-world, and they may well have been used as sacramental means of contact with the spirit of growth and fertility.”

The answer can be illustrated by the conversation between Jesus and a Samaritan woman He met near the city of Sychar, in Samaria (see John 4). Many Bible commentators note that the Samaritans were despised as “mongrel Jews”—a mixed population that resulted from foreigners being moved into the area after the ancient northern kingdom of Israel was taken captive in the eighth century B.C. The new inhabitants intermarried with those Israelites who had not been removed from their land, and they absorbed many of the Hebrew ways, even to the point of claiming to worship the God of Israel. But they mingled aspects of the Jewish Torah (law) with the worship of the pagan gods they had imported: “They feared the Lord, yet served their own gods” (2 Kings 17:33). Although they professed themselves to be of the stock of Israel and kept the Israelite traditions, they really did not know what, or whom, they were worshiping.

The Samaritan woman put her finger on the problem when she said to Jesus, “Our fathers worshiped on this mountain, and you Jews say that in Jerusalem is the place where one ought to worship” (John 4:20). The Samaritans had erected a temple on Mt. Gerizim, close to where the conversation was taking place. She and the rest of Samaria had been keeping tradition by worshiping at Mt. Gerizim and claiming Abraham, Isaac and Jacob as their forefathers. At this moment, Christ had the perfect opportunity to assure her that so long as they were acknowledging God by their traditional worship, it didn’t matter where they did it. Instead He gently admonished her, lifting her understanding of worship to a higher level. He pointed out that correct worship of God must be done “in spirit and truth,” not in the light of humanly devised traditions. By keeping their traditions, they actually remained blind to truth.

The people of Samaria were very sincere in their religious practice and believed that they were following the example of Abraham and Moses. But their customs prevented them from worshiping the Father in spirit and in truth.

Right tradition is an important aspect of a godly life, as the apostle Paul testified: “Therefore, brethren, stand fast and hold the traditions which you were taught” (2 Thessalonians 2:15). But Paul clearly did not mean that every human tradition was appropriate, because he later wrote to the Colossians: “Beware lest anyone cheat you through philosophy and empty deceit, according to the tradition of men, according to the basic principles of the world, and not according to Christ” (Colossians 2:8).

On the one hand, then, there are traditions we should hold to, and on the other, traditions that a follower of Christ should avoid. Some traditions are based on biblically sound doctrine, while others are based merely on human custom at odds with biblical teaching. To appreciate the differences, it’s helpful to review an example given by Christ Himself. The Jewish religious leaders at the time were teaching their community principles derived from oral tradition. Originally these oral traditions were expansions of the law as given to Moses and the Israelites. But over time they moved farther away from the original intent, drawing more on custom than on Scripture. For example, Jesus confronted the religious leaders over the matter of ceremonial hand-washing before eating. The Pharisees unashamedly referred to these washings as a “tradition of the elders.” Jesus’ remarks were quite plain: He described the leaders as hypocrites for “teaching as doctrines the commandments of men,” and added, “You leave the commandment of God and hold to the tradition of men.” Especially poignant was his remark that by superseding scriptural commandments with human traditions, they were worshiping God “in vain” (Mark 7:5–8, English Standard Version). The clear message was that the commandments of God always override humanly devised traditions.

Walking in the Way

The Old Testament prophet Jeremiah exhorted the people of his day to avoid making wooden idols. He said: “Do not learn the way of the Gentiles [or, the heathen]; . . . for the customs of the peoples are futile; for one cuts a tree from the forest, the work of the hands of the workman, with the ax. They decorate it with silver and gold; they fasten it with nails and hammers so that it will not topple. . . . [But] a wooden idol is a worthless doctrine” (Jeremiah 10:2–4, 8). God condemns those traditions and customs that are based on pagan religious practices.

An excellent summary of God’s attitude in this regard is found in Deuteronomy 12:29–32. Moses instructed the nation of Israel prior to their inheriting the Promised Land. He said, “When the Lord your God cuts off from before you the nations which you go to dispossess, and you displace them and dwell in their land, take heed to yourself that you are not ensnared to follow them, . . . and that you do not enquire after their gods, saying, ‘How did these nations serve their gods? I also will do likewise.’ You shall not worship the Lord your God in that way. . . . Whatever I command you, be careful to observe it; you shall not add to it nor take away from it.”

The festival observed on December 25 was a part of religious celebrations long before the term Christ-Mass was applied to it. Many people today keep it as a secular, commercial holiday, giving little thought to the fact that the central symbolism of the season has roots in the pagan religions of antiquity. Others likewise overlook any pagan connections, celebrating the day on the basis of its relatively recent application to the birth of Jesus Christ. But according to the Bible’s teachings, a pious veneer does not nullify the pagan nature of the celebration and make it acceptable.

The Bible nowhere identifies exactly when Christ was born, nor does it give any instructions for celebrating the day of His birth. However, it is clear and unambiguous in prohibiting the celebration of traditions and customs whose origins lie in heathen or pagan practices that run counter to Scripture. According to John 4:23–24, “true worshipers will worship the Father in spirit and truth; for the Father is seeking such to worship Him. God is Spirit, and those who worship Him must worship in spirit and truth.”