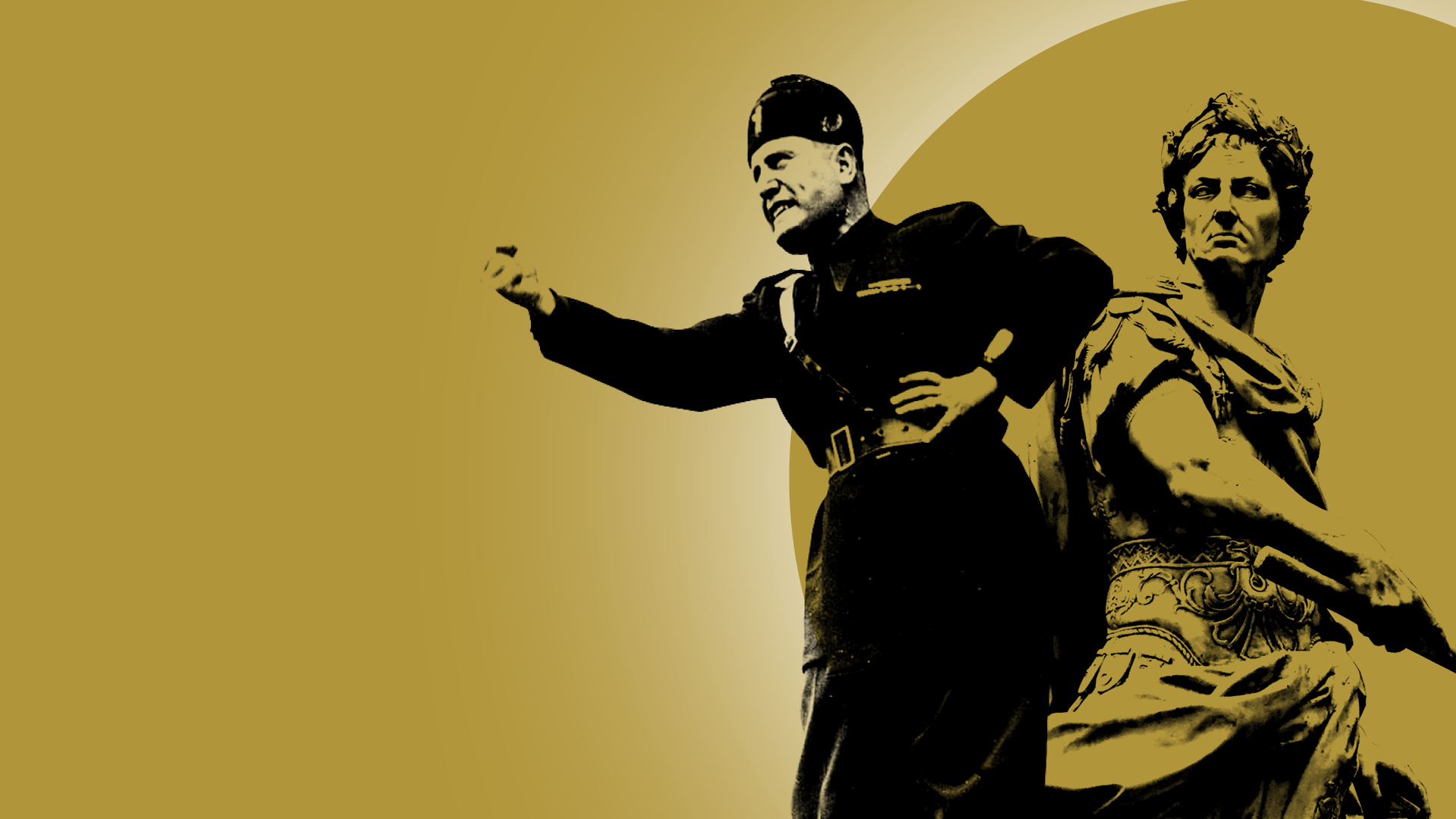 The Babylonians, Greeks and Romans often elevated their political leaders to godlike status. In the 20th century Stalin, Mussolini, Hitler and Mao all lived this lie, gaining the support of vast numbers of people as they butchered their way to ever more power. Often using the language and symbols of religion, they followed the pattern of other dictators before them.

In the first century BC Julius Caesar claimed descent from the goddess Venus. Near the height of his fame he was voted many divine honors.

Simon Price (Lady Margaret Hall, Oxford): “As Caesar’s power grew in Rome, as he defeated one rival after another in the civil wars, the honors that were voted for him escalated. First stage, in 46 BC, was the setting up on the capitol—the principal religious focus of Rome—of a chariot with a statue of Caesar in it, with an inscription underneath saying, ‘to the unconquered god.’ Not long before his assassination an extraordinary package of really divine honors were voted for Caesar. The buildup of honors on the part of the pro-Caesarean Party was one of the things which in fact leads to the Ides of March in 44, and Caesar’s assassination.”

Despite his certain death at the hands of members of the senate, it wasn’t long before Julius Caesar’s path to divinity was completed. His adopted son became Caesar Augustus and proclaimed his father Divus Iulius (Divine Julius). He built a temple to him and placed his statue among the Roman gods of antiquity.

Almost 2,000 years later the Italian fascist Benito Mussolini adopted a similar approach, styling his new society as a type of Rome for the modern world. According to Mussolini, “Rome is our starting point and our point of reference. We dream of Roman Italy,” he said, “wise and strong, disciplined and imperial. Much of the immortal spirit of ancient Rome is reborn in fascism.”

Augustus Caesar’s era of peace was something Mussolini wanted to repeat. He wanted to be regarded as a reincarnation of Augustus. This explains his interest in restoring and preserving the emperor’s Altar of Peace.

Emilio Gentile: “The goal was this new Roma, Pax Romana, to build up this new civilization. While restoring the Ara Pacis, Mussolini was already thinking of the new Rome, the EUR, these new buildings for the universal exhibition planned for 1942. This new Rome was conceived as a kind of celebration of a new world peace after the victory of Italy—the new Mussolini’s peace.”

According to Peter Godman, as early as 1922 Mussolini’s rhetoric had “acquired a mystical and messianic tone. . . . Against the paradise that Mussolini aimed to establish on earth, were pitted the demonic foes of liberals, democrats, socialists, communists and (later) Jews. Yet he would triumph . . . for he was not only Caesar Augustus, but also the Savior.”

Gentile: “So this idea that by creating a new fascist civilization, which means a new world of peace under the fascist rule, perhaps a new savior will come, a new savior, and perhaps Mussolini was thinking that he was the savior of humanity, of humankind.”

The idea of men as gods is nothing new—men who turn out to be false messiahs because they become too proud and too ambitious. And more often than not, they become responsible for the deaths of hundreds of thousands.

Julius Caesar’s war against the Gauls killed more than two million. Mussolini was responsible for about half a million deaths, including the Jews he sent to Hitler’s camps. In the end both Caesar and Mussolini died ignominious deaths at the hands of their own people; false messiahs indeed.

Today there are new political saviors in the wings. History’s lesson is that they will emerge. When, and how will you recognize them?