Money makes the world go ’round. It’s a well-worn adage, made all the more popular by its inclusion in various song lyrics. Indeed, the importance of money in our societies is hard to dispute. Friedrich Hayek, economist and key architect of free-market capitalism, wrote that “money is one of the greatest instruments of freedom ever invented by man. It is money which in existing society opens an astounding range of choice to the poor man.”

This kind of idealistic thinking isn’t likely to resonate much with the world’s poor, who probably wouldn’t describe their situation in terms of an astounding range of choice. Hard as they may try, this “instrument of freedom” eludes them. But Hayek’s seemingly blithe observation conceals a great deal that is less obvious.

Money impacts our thinking, and how we treat each other, in critical ways. We often (though by no means always) value things according to their price, making a direct connection between price and perceived worth. Price—in dollars, euros or yen—is not the same as value. But our economic system requires that we attach prices to things—an increasing number of things—as determined by market forces. This commodification transforms objects into little more than something to buy and sell.

Putting prices on ordinary products, from baked beans to toilet paper to sugar, is one thing; but commodification can be applied to almost anything, and it’s here where problems can lie.

Anxiety about the consequences of commodification is nothing new. Academic Nicholas Abercrombie, in his book Commodification and Its Discontents, outlines a great number of critics, from Shakespeare to Thomas More, and from Charles Dickens to Karl Marx to Martin Amis (in his 1984 novel Money). There have notably been fewer in favor, though among those who were—from Hayek to Ayn Rand to Milton Friedman—many were key figures in the construction and popularization of the capitalist systems that operate in nearly every country across the world today.

Seventy years ago, British politician Aneurin Bevan wrote about a society based on sales and markets, noting that “it failed to produce a tolerable home and a reputable order of values for the individual man and woman. . . . Priority of values was lacking because no aim was intended but the vulgar one of the size of the bank balance.” Free-market capitalism is at base remarkably simple: the price of a thing is merely what someone is willing to pay for it. But this simplicity has significant consequences.

The tension between price and perceived value produces anxiety in many, especially when it comes to intangibles. Bevan continued by saying of the commodified market: “Efficiency was its final arbiter—as though loving, laughing, worshipping, eating, the deep serenity of a happy home, the warmth of friends, the astringent revelation of new beauty, and the earth tug of local roots will ever yield to such a test.”

When Nature Becomes a Commodity

The importance of our relationship with nature is coming into increasingly sharp focus, with a little help from a scaly mammal. 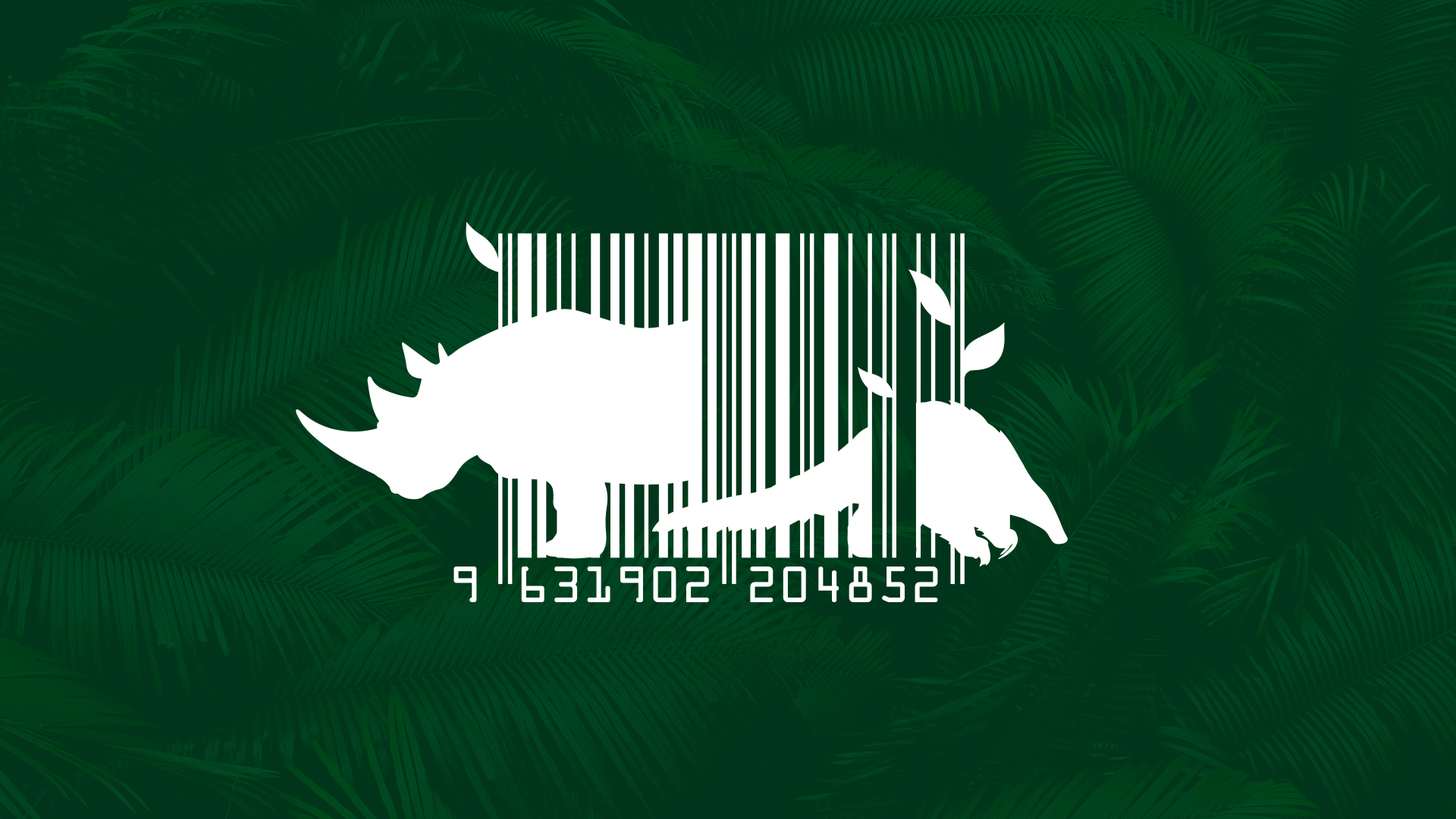 Bevan’s sentiments seem timeless, but of course in the intervening years we’ve seen many of the precise things he mentioned turned into commodities. Love is monetized in dating apps, worship through the prosperity doctrine, friendship via social media networks. As for “new beauty,” the increasingly inflated prices at which artwork sells in auction houses suggests that it, too, has become little more than something to be bought and sold, and to be valued according to its price tag.

The rise of marketplaces such as eBay, where technically anything can be sold, has presented difficulties. There’s a surprisingly lengthy list of items that eBay prohibits from sale, including lockpicking devices, police uniforms, weapons, and many medical devices. There’s also a section that outlaws the sale of relationships, website traffic–driving schemes and other less tangible products and services. Every prohibited item could theoretically be traded on the site (and indeed many have tried to do so), but eBay has decided, for a multitude of reasons, to exclude them. Yet these items can be found for sale on other websites, some less reputable than others. The desire to make money continually finds a way.

“The test [people] need to pass in order to be admitted to the social prizes they covet demands them to recast themselves as commodities: that is, as products capable of catching the attention and attracting demand and customers.”

Sociologist Zygmunt Bauman wrote persuasively in his 2007 book Consuming Life, noting how more and more aspects of our personal lives have become objects for commodification. He was writing in a time of Myspace and wired technology, and yet it’s noticeable how much more prevalent the trends he noted have since become. Our value to companies is determined by our spending habits. Google, Amazon and other aggregators gather information about us in order to make money (or sometimes, as in the case of Cambridge Analytica, for political ends). Spammers and scam artists do the same. And we even commodify ourselves, carefully crafting our persona and promoting it on media platforms in order to increase our marketability and employability.

And yet the picture is not an unrestrained flood toward commodification, for there is resistance. Abercrombie looks at this in detail, relying on various case studies to identify trends in housing, human bodies and book publishing from the mid-19th century to the late 20th. He describes it as a moral resistance to commodification, which many tend to find distasteful or repugnant, though often not for pragmatic reasons. Like Bevan, we simply don’t like it. In this ideology, certain objects are “sacred” or, to use MasterCard’s advertising slogan, “priceless.”

When it comes to the human body, the picture is especially complicated. The selling of bodies, and of body parts, is an old practice, whether for medical research, anthropology or more nefarious purposes. But there has been enormous social and ideological resistance to it. Religious and other ideas—Abercrombie notes a “conviction that the body is the physical representation of personhood, of humanity, even of individuality”—have contributed to a sense that the physical body is sacred and cannot be commodified. It’s part of the reason for a general reluctance to donate bodily organs to science after death. In addition, cemeteries often struggle financially, to some extent because of the public’s sensitivity to the idea of generating income from a person’s death.

Legally it gets even hazier, because in most countries the human body cannot be considered property and so is not subject to laws involving ownership.

The case of blood donation is an interesting example. Most blood donations worldwide are made as a free gift, unpaid, intended for strangers. According to the World Health Organization (WHO), 90 percent of donations in 79 countries are made voluntarily, without payment. Some countries—for instance, Australia, Brazil, United Kingdom—have made it illegal to receive any kind of compensation from the sale of blood or body tissue. On the other hand, a number of countries (in 2018, WHO reported 16) do allow blood donations by payment.

This is notably the case in the United States, where selling one’s blood is legal. While nearly all whole blood is nonetheless obtained by free donation, US pharmaceutical companies attract additional blood donors by offering to pay them. They then separate the plasma and use its proteins in the manufacture of various products.

The difference between these two methods of donating is fascinating. For unpaid volunteers, the motive is almost always moral; it’s something they feel they should do as part of their obligation to society. The motivation for those selling their blood or plasma is undoubtedly different; but more interestingly, the results are also different. Blood given as a gift is often better clinically. Studies show that blood taken from unpaid donors is less likely to carry infections. Abercrombie notes that “it is less likely to be contaminated, it is cheaper, the system of provision is less bureaucratic because less effort has to be expended in ensuring quality, and it is less wasteful.”

This, according to the rules of capitalism, should not be the case. Competition, freedom of movement, freedom of choice, and unrestrained trade should, according to the theory, produce a better, cheaper and more efficient product. But the fact is that clinical standards—the standards that ensure the quality of blood—often decrease when money is involved.

That’s not to say that there is no place for paid donation. Some argue that depending on human altruism is insufficient, and that free donation should be supplemented by a paid supply (despite its reduced quality) in order to satisfy needs. According to this argument, the problem is not that blood is commodified; it is that the compensation is unfair. It’s worth noting, though, that adjusting compensation is the sort of intervention that free-marketeers would blanch at.

Money’s preeminence, the fact that it “makes the world go ’round,” should be a concern. Capitalism suggests that its invisible hand cooperates with human nature in order to make better products and, in general, a better life. The example of blood donation demonstrates a problem with this idea.

Money, the rules of exchange, how to procure and sell goods; these are important aspects of society. But it’s worth asking whether they should be quite as exalted as they are. The allure of profit has such a powerful hold on us. As soon as money enters the equation, it invites all sorts of potential problems.

“The love of money is a root of all kinds of evil.”

A world where value is determined by salability is one in which values become misaligned. Those values are drawn for the benefit of the market, and not (despite what free-marketeers will say) for ours. It’s a world in which athletes may be paid millions while teachers receive a relative pittance. Where zero-hours contracts are permissible, even advisable; where employers have little responsibility for anything except the bottom line; and where a small fraction of humanity gathers an overwhelming proportion of its wealth, leaving the superrich to take casual trips into outer space while others struggle to find enough food to eat.

It’s a society where we ourselves have become commodities, and where truth, honesty, kindness and generosity are no longer cherished values. As long as we think of value in terms of a price tag, then money will be our primary goal in life.

We can, and should, aim for something better. Both as individuals and as a society, we function best when we place more importance on people, on relationships, and on the character traits that sustain them, than on the things that money can buy.