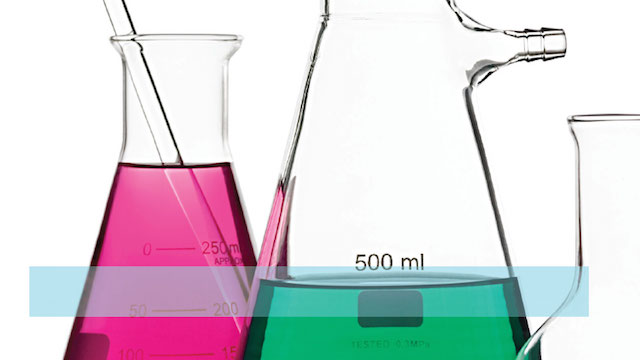 We live in a world where many have found their own way of life apart from God. Deciding what is right or wrong has become a matter of individual decision-making.

But how can we be sure we‘re going the right way? If there is no God, who has the ultimate knowledge of what the right way is? Philosophers? Politicians? Some other human authority?

Many would say it doesn‘t matter—that there is no such thing as a right or a wrong way, or that it all depends. Some would claim that the way itself is the goal, or that we have to discover the best way for ourselves. Those who believe in situation ethics say that right and wrong are determined by the circumstances at the time.

But how successful have such approaches really been? Look at some of the consequences. Do the results we see in the world around us and in the record of history demonstrate that we have found the way that leads to peace and happiness for everyone?

On the contrary, the results show how right God is when He states, “There is a way that seems right to a man, but its end is the way of death” (Proverbs 16:25).

Absolute values cannot exist apart from God. If there is no God, then everyone and everything may be right—even the most perverse ideas and practices.

Where did everything that exists come from? Who are we? Where are we going? What is the purpose of life? Is there any reasonable alternative to the belief that a living God provides the answers to these most basic questions?

If God does not exist, then we must ask, How did life begin? And how did it become capable of procreation? How is it that the nutritional needs of every living creature are satisfied in a way that produces the delicate balance we see within and between the plant and animal kingdoms? Even after many decades of research, the theory of evolution still leaves the basic questions open, as we have shown in numerous articles. >>See Expanded Study below

Whether we believe in God and what we believe about Him does matter. Belief or lack of belief can drastically affect each of us personally, as well as society at large.

Personal belief in a living God changes our perspective. It changes our view of life, of work, and of what comes after death. It changes our relationship with parents, spouses and children, and even our behavior toward enemies.

Belief or nonbelief in a living God can change whole societies. Consider how certain societies developed under the atheistic communist system in the 20th century. Ask yourself how Western society changed as the moral and ethical principles derived from the Bible were gradually set aside.

Where can we find factual evidence proving that God exists?

By definition, science is confined to establishing truths by means of evidence derived from physical observation, experience or experimentation—all fundamental elements of the scientific method. The nature of scientific enquiry is such that it cannot deal with unobservable phenomena.

Science can neither confirm nor deny the truth of anything that lies beyond the limits of what is verifiable by the scientific method.

We are physical beings, and as a result we receive our information via the five physical senses. Therefore scientific truth is what can be naturally seen. But much truth lies beyond scientific investigation through observation and experimentation. Verifying the existence of God, for example, is beyond the capacity of science. It can be neither proven nor disproven by scientific means.

What Evidence Does God Provide?

The word proof means different things to people. What constitutes proof to one person will not be acceptable to another. Different people demand different amounts or types of proof.

For many, proof of God’s existence lies in the creation around them. They look up at the Milky Way stretching across the sky on a clear night, or they see photographs of distant stars and nebulae taken with modern telescopes (see Psalm 19:1). They see a convincing beauty and design in the universe, and for them it is reason enough for belief in a Creator. The Bible talks of a man named Job, who was challenged to study the creation to see the power and majesty of God revealed in it (Job 36–41).

Predating the theory of evolution by nearly two thousand years, the apostle Paul wrote that God’s creation is indeed extremely powerful testimony of His existence. But that testimony has been corrupted, undermined and almost obliterated in the minds of men because they have replaced worship of the Creator with that of the creation.

Paul said that “what may be known of God is manifest among them [those who do not believe], for God has shown it to them. For since the creation of the world His invisible attributes are clearly seen, being understood by the things that are made, even His eternal power and Godhead, so that they are without excuse, because, although they knew God, they did not glorify Him as God. . . . Professing to be wise, they became fools . . . who exchanged the truth of God for the lie, and worshiped and served the creature rather than the Creator, who is blessed forever” (Romans 1:19–25, emphasis added). Paul said that people should be able to see that there is a God by observing the nature of the world around them.

God’s eternal power can be seen in all the processes of His creation. The witness of creation is inescapable; it surrounds and affects us always and everywhere.

No evidence can be strong enough, however, to compel people to believe against their will. And so it has been through the ages: “Although they knew God, they did not glorify Him as God, nor were thankful, but became futile in their thoughts, and their foolish hearts were darkened” (Romans 1:21). >>See Expanded Study below: Origin of a Specious Theory and other articles

A person’s belief in God can’t be dismissed as unreasonable just because he or she cannot produce scientific evidence as a basis for that belief. The apostle Paul said that spiritual concepts are “spiritually discerned” by those who have the Holy Spirit at work in their minds (1 Corinthians 2:12–14). The Creator God’s handiwork is physically visible in the universe. But what is physically seen is only part of the certainty that God provides.

Belief in God requires that we accept the Bible as the inspired Word of God. When it says that God created the heavens and the earth (Genesis 1:1), either it is true or it is not. We must accept that fact on faith before we can proceed to know and understand the Creator God; “for he who comes to God must believe that He is, and that He is a rewarder of those who diligently seek Him” (Hebrews 11:6). Knowing and understanding God brings tremendous satisfaction (Jeremiah 9:23–24). And we can come to know and understand Him because He has revealed Himself in the book He inspired, the Holy Bible.

After we have accepted the existence of God, we can proceed to other biblical revelations about who and what God is.

Essentials of This Module:

Where Next? >> Expanded Study for this subject Module 2.(1.1.1).1 Who and What Is God? Module 1.1.2 Jesus Christ: Yesterday, Today and Tomorrow Module 2.(1.1.1).2 What Is the Holy Spirit? Jesus Christ: The Myth and the Reality Intelligent Designs Bio Vision: Charles Darwin Science and the Bible: A Point of Convergence Evolution: Science’s Center of the Universe Origin of a Specious Theory Turning the Intellectual Tide The God Confusion Sources of Knowledge Crunch Time