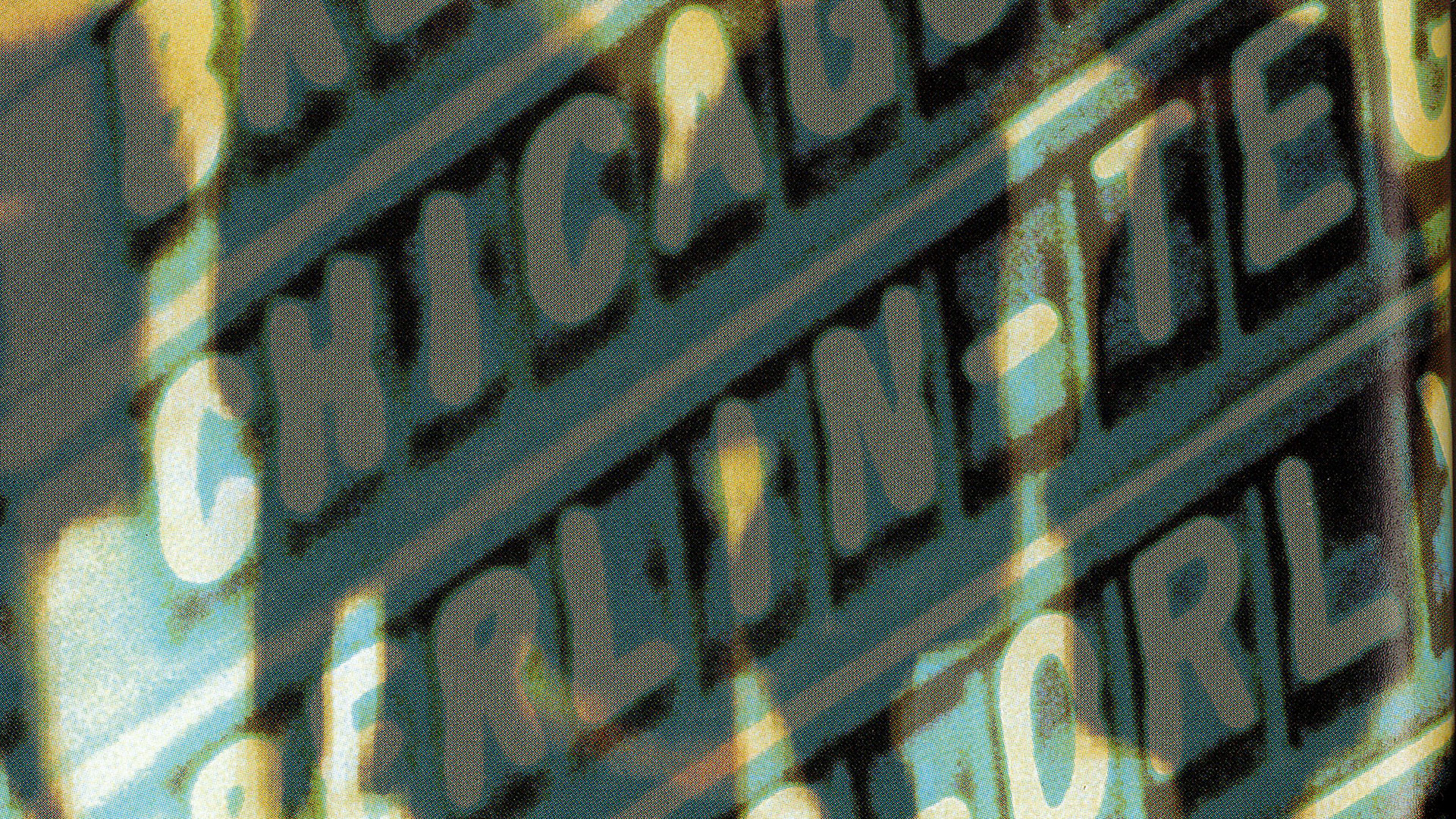 But our apparent ease in so easily fudging on the turn of a century and of a millennium raises an interesting question: What else has been fudged?

After all, it’s relatively common knowledge—in spite of a sign outside an English church proclaiming that “this is Christ’s 2000th birthday”—that Christ was not born in the dead of winter and His 2000th “birthday” probably came and went somewhere around 1996.

Still, some religious groups and individuals were convinced that Jesus Christ would make his promised second coming coincide with this completely artificial, man-made occasion.

That raises another interesting point, because the Christian world is divided over whether Christ intends to return to this earth at all. For instance, the largest denomination, the Roman Catholic Church, believes the kingdom of God was established by the founding of that church.

The Bible is very clear, however, that the earliest Christians were informed by direct revelation that Christ would return to establish His Father’s kingdom. When Christ ascended to heaven, the apostles were told: “Men of Galilee, why do you stand gazing up into heaven? This same Jesus, who was taken up from you into heaven, will so come in like manner as you saw Him go into heaven” (Acts 1:11).

All the recent fuss over the advent of a new millennium has actually clouded the fact that there is another thousand-year period that warrants attention. It is apparent that Christ’s disciples came to believe that faithful, true Christians would be resurrected to live and reign with Him for a millennium, as the book of Revelation clearly states: “Then I saw the souls of those who had been beheaded for their witness to Jesus and for the word of God. . . . And they lived and reigned with Christ for a thousand years. But the rest of the dead did not live again until the thousand years were finished. This is the first resurrection. Blessed and holy is he who has part in the first resurrection. Over such the second death has no power, but they shall be priests of God and of Christ, and shall reign with Him a thousand years” (Revelation 20:4–6).

This scriptural belief in a literal return of Christ for a thousand-year reign with His saints was not seriously challenged until nearly two centuries after His death and resurrection. The Anchor Bible Dictionary states, under “Millennium,” that “Origen (ca. 185–ca. 254) made the first attempt to discredit a millennial interpretation of Rev 20:4–6 and replaced it with a spiritual interpretation by applying it instead to the spiritual growth of the soul which begins in this life and continues in the next. Tyconius, the Donatist theologian (d. ca. 400) taught that the thousand years of Rev 20:4–6 refer to the present age and to those who are reborn through baptism: the physical resurrection is in the future.” So, according to him, “the millennial rule of Christ extends from his passion to his second coming” (which, so far, makes a pretty long millennium by any reckoning). The article goes on to say that “it was Tyconius who influenced Augustine to move from his millennial position to a spiritualization of the thousand years. . . . In his later teachings on eschatology [theology relating to the “last days”], Augustine spiritualized the millennium which he taught began with the incarnation of Christ and was fully realized in the earthly church.”

Over time these conflicting views developed into three main positions.

Those who say that the thousand years referred to in Revelation are symbolic and that a literal Millennium will never occur are known as amillennialists.

Those who believe that the thousand years are here now—that “the Church Age” is the Millennium—are known as postmillennialists.

The third group of believers says that the Millennium is yet ahead, and that it is a literal 1,000 years of peace on the earth, with Jesus Christ as King of kings and Lord of lords. They are the premillennialists.

The latter view concurs with the clear position of the apostles and the early New Testament Church at Jerusalem, who were taught directly by Christ. The book of Acts, which was written as a contemporary history of the period, records a speech by the apostle Peter, in which he revealed a truth that is key to understanding the Millennium.

He said that “heaven must receive [Christ] until the times of restoration of all things, which God has spoken by the mouth of all His holy prophets since the world began” (Acts 3:21).

It is significant that Peter tied Christ’s return to prophetic descriptions of a new world. That fact tells us that we will find more evidence of early New Testament belief in the writings of the Hebrew prophets.

The millennium fever of 1999 was a modern-day religious and secular mix of what has occurred at various other times in history.

Unfortunately this clear expectation of Christ’s return, and of a time when God would directly restore peace, happiness and true worship to the earth, has been obfuscated over two millennia both by the opponents of the concept and by those who applied it too literally to events in their own day. The millennium fever of 1999 was a modern-day religious and secular mix of what has occurred at various other times in history.

For instance, around the end of the first millennium of the Christian era there were great fears that the world would come to an end. Events such as a visit by Halley’s comet in 989 fueled these fears—fears that were further fanned by a wave of preachers predicting the apocalypse, the Antichrist, or both. Sound familiar?

Resurgences of the expectation of a premillennial doomsday occurred at various other times, particularly when there were widespread famines, or pandemics such as the Black Death, which wiped out a third of Europe’s population in the 14th century.

It was this persistent overreaction and tendency to fit end-time prophecies and events into the immediate context that caused so many to miscast events in their own day. Unfortunately this has had the dual effect of discrediting the clear prophetic message of Revelation and strengthening the hand of alternative views that were increasingly developing.

After the Reformation of the 16th century, accompanied as it was by the widespread publishing of Bibles in various languages, there was a resurgence in the belief of the return of Christ and the accompanying resurrection of the saints and the millennial restoration.

The religious waters have been muddied over the centuries by misapplication of hopes (or fears) of the apocalypse.

But the religious waters have been muddied over the centuries by misapplication of hopes (or fears) of the apocalypse. Various premature expectations, very often fueled by the predictions of people claiming to have special insights into biblical prophecies, have caused numerous religious groups to be disappointed and discredited as they prepared for the return of Christ. So the very recent disappointments and embarrassments were entirely true to form.

Meanwhile, the beginning of this new millennium of man brings with it the hallmarks of a new secular age where human beings, not God, are the masters of human destiny. So it is ironic, given the hype surrounding humanity’s unquestionably dazzling scientific progress, that the Millennium spoken of in the Bible will begin as a result of humanity’s utter failure to control events or bring peace to the world.

But the bad news is followed by good news: a time of true peace and prosperity when the event pictured by the statue in front of the United Nations building in New York will become a reality. People will, symbolically, “beat their swords into plowshares, and their spears into pruning hooks” (Isaiah 2:4). The rest of that verse has proved to be an impossible ideal for a war-torn world: “Nation shall not lift up sword against nation, neither shall they learn war anymore.”

What Christ will accomplish in the Millennium is described as “the restoration of all things” (Acts 3:21). This will include the end of war and a healing of the many troubles that are endemic to the human condition. It can hardly be said that such a healed condition has occurred so far.

The apostle Peter foretold the ridicule that many would heap on the very idea that Christ would return. He said that “scoffers will come in the last days, walking according to their own lusts, and saying, ‘Where is the promise of His coming? For since the fathers fell asleep, all things continue as they were from the beginning of creation’” (2 Peter 3:3–4).

Humankind continues to seek out a future where any consideration and acknowledgment of God’s authority, and concern for the way He said would lead to peace, is largely lost in the din of human endeavor and humanistic progress.

However, for those who see beyond mere material progress, the secular vision of humanity’s new millennium should not be allowed to obscure the very different hope of a millennial age that was the consistent vision of God’s servants as recorded in both the Old and the New Testament.