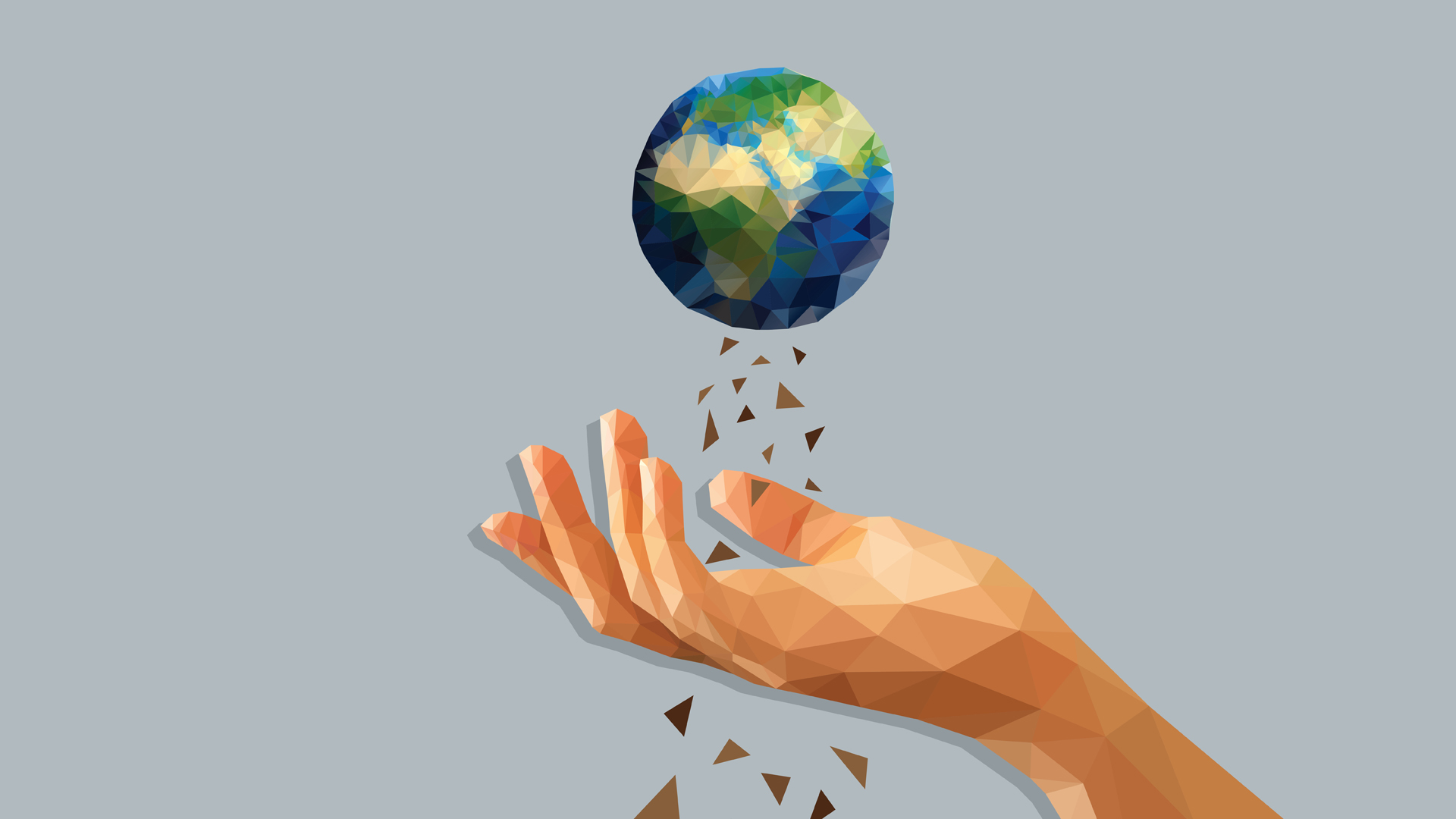 In this episode we’ll continue our series on the 10 great challenges to human existence as outlined by science author Julian Cribb in his book Surviving the 21st Century. Here we’ll look at resource depletion and universal toxicity.

When it comes to the most fundamental of human needs, there is none more basic than clean water. Our collective water use over the past 100 years has significantly outpaced population growth. According to the 2014 Global Risks Perception Survey, water supply crises rank as the top global risk in terms of perceived impact on humanity.

Less than 3 percent of the earth’s water is fresh, and most of that is locked up as glaciers and ice caps or is stored under the planet’s surface. In regions where groundwater is widely used to irrigate land for crop cultivation, the water table is dropping at alarming rates. These priceless aquifers are being depleted faster than they can be replenished by snowmelt and rain. While recycling is on the rise, more needs to be done to protect this critically needed resource. Without sufficient water to drink and to grow food, we will not survive.

But growing food requires more than just clean water. Topsoil, the very thin upper layer of nutrient-rich earth in which our food grows, is also being lost at astounding rates. A 2015 study by the University of Sheffield’s Grantham Centre for Sustainable Futures reported that during the preceding 40 years, “nearly 33 per cent of the world’s arable land [was] lost to erosion or pollution.” That means that one third of our global garden is now gone. How can we feed an ever-growing global population with shrinking amounts of cultivatable land? What happens when there’s not enough food to go around?

Monique Barbut, executive secretary of the United Nations Convention to Combat Desertification, put it this way: “When land degradation reaches a level at which it seriously threatens people’s livelihoods, it can turn into a security issue. This is because land is so closely linked to basic human needs, such as access to food and water. . . . It can lead to conflicts over scarce land and water resources, spark food riots or turn smallholder farmers into refugees.”

And it’s often the wealthier countries that bear the impact of such refugees—as many have experienced because of the Syrian crisis.

“The question is not whether land degradation is a root cause of, or a contributory factor to, violent conflicts. The point is that we must take action to curb land degradation.”

The United Nations estimates our current pace of arable land degradation to be 30–35 times our historical rate. But exhausted soil creates another often unrealized difficulty. As Cribb notes, crops grown in depleted soil “are much lower in micronutrients—and higher in carbohydrates,” contributing to obesity on a global scale and to other diet-related diseases. The combination of eroding topsoil and soil degradation thus accelerates the rate of decline in our collective health.

Because depleted soil can’t supply vital nutrients for crop growth, and because reduced yields mean reduced profits, agribusiness has turned increasingly to artificial fertilizers, and this relates directly to another of the threats Cribb identifies: the universal toxicity of our planet already in turmoil. “Earth, and all life on it,” he writes, is “being saturated with man-made chemicals in an event unlike anything” experienced in our long history. But it isn’t just fertilizers; as he points out, these chemicals are present “in every breath, each meal or drink, the clothes we wear, . . . our homes, workplaces”—everywhere.

The European Chemicals Agency keeps track of all the chemicals that have been registered or preregistered for use. Their list indicates that about 145,000 different chemical substances are commercially available today. According to the UN Environment Program, “of the tens of thousands of chemicals on the market, only a fraction has been thoroughly evaluated to determine their effects on human health and the environment.”

And it isn’t just short-term effects that are worrisome. Cribb notes that “humanity’s chemical emissions . . . total in excess of [a] quarter of a trillion tonnes every year and, since many of these substances are durable—such as heavy metals, persistent pesticides, plastics, carbon and sediment—a significant part of this release is cumulative, year on year.”

“Many of these substances do not break down or become safe over time.” Rather, “they add to an ever-increasing . . . burden of toxicity for every one of us.” We’re poisoning the only home we have. Researchers regularly find our toxic chemicals in species with which we humans have no direct interaction.

It’s all having a critical effect on our food chain. A UN agency reported in 2016 that two in five species of insect pollinators, such as bees and butterflies, are declining in numbers and may be on the path to extinction. Pesticides and herbicides have been implicated, along with monoculture, habitat loss, climate change and other factors.

Scientific data is readily available, but most of us remain blissfully unaware—unaware that each of us is a kind of walking cocktail of industrial chemicals waiting to be discovered in our tissue, blood and bones.

Our industrialized food supply is the main source of many toxins. Pesticides are even found in mothers’ milk and infants’ blood. One of the most unforgivable aspects of the worldwide toxic assault is the damage it’s doing to our children.

Brain damage is just one result. According to a 2014 report in a leading medical journal, The Lancet, “neurodevelopmental disabilities, including autism, attention-deficit hyperactivity disorder, dyslexia, and other cognitive impairments, affect millions of children worldwide, and some diagnoses seem to be increasing in frequency. Industrial chemicals that injure the developing brain are among the known causes for this rise in prevalence.”

None of this should come as a surprise. Cribb notes, “One of the first things a modern teenage girl does is apply cosmetics and ‘body care’ products. Unwittingly she thus exposes her developing reproductive system to a host of chemicals, some of which are now linked with hormonal and reproductive disorders, even infertility and gender changes.” And it’s becoming increasingly clear that parents may pass on the effect of their own poisoning epigenetically to their children, grandchildren and beyond.

The thesis of Cribb’s book, Surviving the 21st Century, is that any one of 10 existential threats is of and by itself sufficient to wipe out humanity as we know it. Certainly a careful examination of the facts should be enough to cause serious change in all of us. It starts with recognizing that we, ourselves, are responsible. We have the power to correct it.

From the biblical point of view, we are to be our brother’s keeper. That’s to say, we have responsibilities for each other that bring mutual benefit—not just our immediate family members, but all humanity. As the Old and New Testaments record, “You shall love your neighbor as yourself.” In respect of the planet we inhabit, we must conserve and preserve it. It was given for our benefit and must be sustained. It’s not to be destroyed, plundered, exploited and ruined. Ecological author, poet and social commentator Wendell Berry puts it this way: “Every person’s obligation toward the Creation is summed up in two words from Genesis 2:15: ‘Keep it.’”

Jesus’ great moral discourse, the Sermon on the Mount, puts it all together. Here we discover the spiritual qualities essential to living life in balance and measure, with respect for God and His creation, including our fellow human beings.

There are things we can do now to offset the existential threats we’re facing.