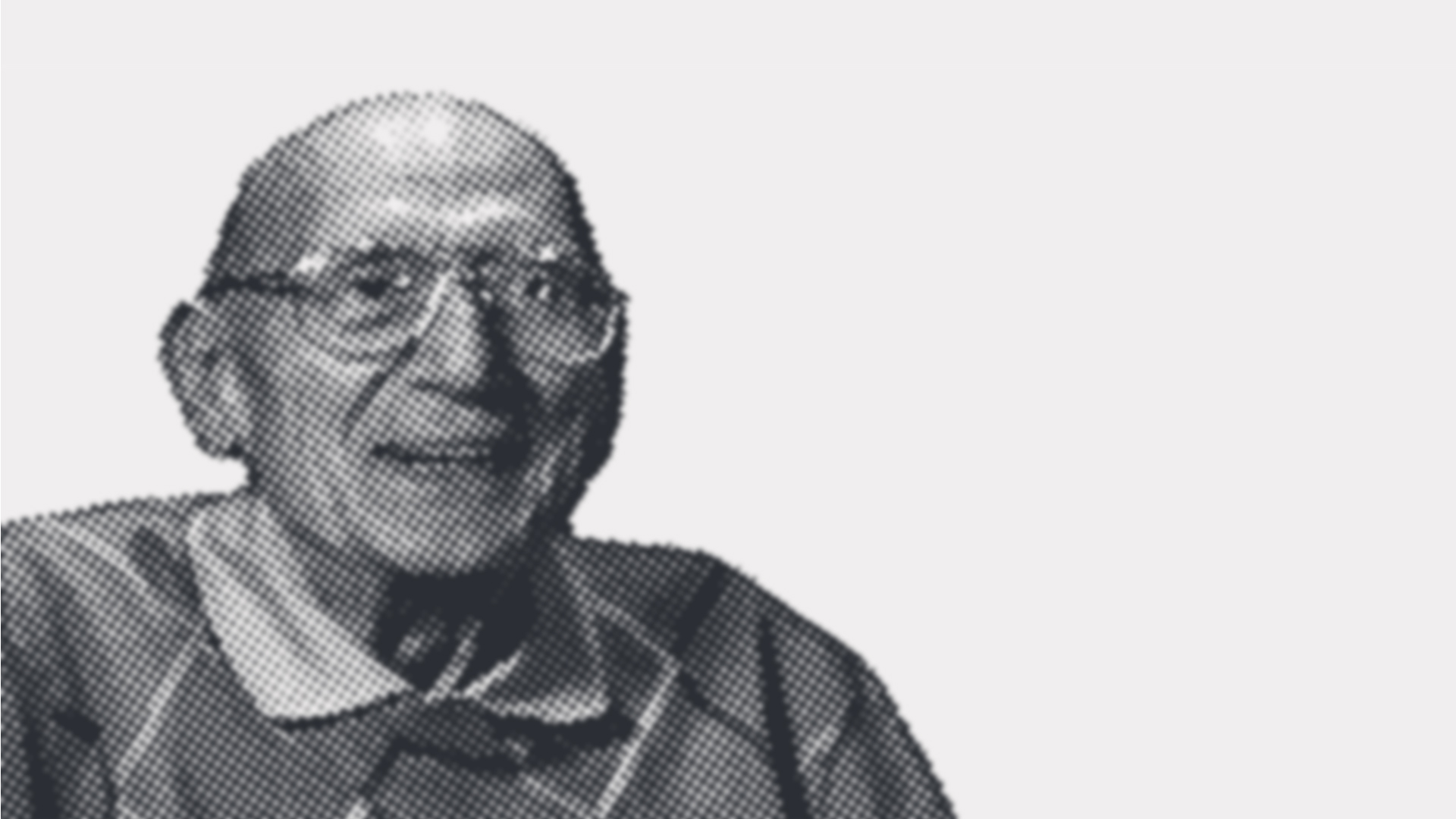 Robert Nathan, who holds a doctorate in chemistry and biology from the California Institute of Technology, has semi-retired from a long and distinguished career as a senior scientist at the Jet Propulsion Laboratory (JPL) in Pasadena, California. In “retirement” he cofounded the Los Angeles Gerontology Research Group and also serves on the board of the Volunteer Professionals for Medical Advancement (VPMA).

Vision’s Gina Stepp asked him about his research into aging and human longevity. Are we on the brink of immortality?

GS You’ve enjoyed a long career focusing your vision on outer space—about as far outward as it’s possible for humans to see. What is it that focuses your vision, not only back down to earth but to the inner workings of the human body in the hope of increasing longevity?

RN In general, I appear to have an insatiable curiosity about seeing and understanding in greater detail how things work. What could be more intriguing than discovering what makes us humans tick? For as many years as I can recall (even back to my late teens), I have been fascinated by how and why we age and die. It has been a forever question and challenge.

In my years at JPL I was extremely fortunate to have been able to develop computer programs that clean up and increase detail in the images from our cameras traveling to other planets. With that success I was able to get a $2 million grant from the National Institutes of Health [NIH] to apply the same technology to biomedical problems. I had developed a close relationship with the noted gerontologist Bernard Strehler of the University of Southern California (and formerly with NIH); in the early 1970s we each gave testimony to Senator Alan Cranston to help create a new Institute on Aging within the NIH.

GS What is the goal of longevity research? Is it ultimately immortality, or is it merely to extend the number of years that people live at the top of their quality-of-life curve?

RN For me, extending our healthy years is an immediate short-term step on the longer path to reverse the aging process and thereby attain physiological immortality with high quality of life, though it isn’t clear how well we can avert catastrophic accidental death. Also, the big killer diseases appear to be age related: heart, cancer, stroke, Alzheimer’s. If we reverse aging, do we avoid these killers?

“For me, extending our healthy years is an immediate short-term step on the longer path to reverse the aging process and thereby attain physiological immortality. . . .”

GS Some longevity experts say that within the next decade or two, people might be able to remain as youthful at 120 years of age as most are now at 40 or 50. Are we really that close to nearly doubling the average lifespan?

RN Futurists like Aubrey de Grey and Ray Kurzweil have been very vocal about achieving a doubling of life expectancy within the next 15 to 30 years. (Since I am already 81, I would like to get there in 10 to 15 years!) Recent explorations into other species have been providing enlightening insights:

One somewhat common thread involves cutting down the use of sugar by our mitochondria and switching over to an oil (fat) energy source with lower production of damaging free radicals.

We even have political intervention: President Obama has approved stem cell research, having indicated a desire to improve exploration into basic research. He has expressed a goal to defeat cancer in our (my?) lifetime. Obama has also added Nobelist Harold Varmus to his science advisory team. Varmus had been head of the NIH and is now president of the Sloan-Kettering Cancer Center.

And through our research we have recently learned how to convert our own skin cells into immune-compatible stem cells with the introduction of a single gene (without the potential danger of cancer), thereby giving us the ability to reset our biological clocks to an earlier age.

“Futurists like Aubrey de Grey and Ray Kurzweil have been very vocal about achieving a doubling of life expectancy within the next 15 to 30 years. (Since I am already 81, I would like to get there in 10 to 15 years!)”

GS Apparently there are quite a few theories about how and why aging occurs. For a short list: the telomere theory (cells keep dividing until you die); the wear-and-tear theory (your organs and even cells just wear out from overuse); and the mitochondrial aging theory (the mitochondria lose the ability to keep the rest of the cell going). What is your research telling you about how and why aging occurs?

RN Over the past 50 years that I’ve been following this field not much real progress occurred until this last decade, starting with the mapping of the human genome. More attention has recently been focused on the mitochondria. And the most recent focus is on the control of stem cells already in our bodies.

But please note, we all carry immortal cells within us. These are our germ cells, those involved with reproduction: sperm and eggs. There are also a limited number of nearly immortal stem cells. The rest of our body is composed of somatic cells that no longer divide and tend to die under some kind of programmed control.

When I was young, the medical dogma declared that muscle, neural and kidney cells no longer increase in number once we mature. Today all that has been reversed. We have always had in our bodies different kinds of nearly immortal stem cells, which can replenish all three of these tissues on demand.

Aging, or senescence, is programmed via the shortening of the telomeres at the tips of our chromosomes. But we have an enzyme, telomerase, that extends the telomere, thereby essentially immortalizing the cells. But be careful of cancer! Some theories propose that telomere shortening is an intentional defense mechanism developed to inhibit cancer. The shortened telomere prevents the cell from undergoing further division. As we develop tools for independently destroying cancer cells, then we can shift the balance to regenerate more telomeres and help regenerate our body.

GS Besides arterial health, I understand that a healthy immune system is one of the most important factors in longevity.

RN Immune function is very important. Surprisingly civilization has in some ways been protecting our immune capabilities from being challenged and diminished. Some researchers propose that inflammation brought on by an overactive immune function is made worse, giving rise to autoimmunity in protected civilized cultures.

GS I assume that it isn’t only genetics that determines the strength of our immune system; there must be a host of environmental factors that make us susceptible to diseases that can shorten our lifespan. Back in the 1960s Rachel Carson’s Silent Spring set a fictional scene where a chemically poisoned world produced a host of mystery diseases and made cancer a common occurrence. Assuming that a lot of our diseases are affected by the chemicals in our environment, are we there yet? Or did Carson’s scenario exaggerate the effects of chemicals?

RN Heavy metals in the environment are a problem—in particular lead, chromium and mercury. Pesticides are another problem. Also, too many of our pharmaceuticals are dumped on the market before all dangers are explored. But I do not see these actions really interfering with or causing mainstream aging.

GS Getting the right nutrients would presumably be just as important for immune health as avoiding the wrong chemicals. Are there certain nutrients that are typically missing in the diets of most Westerners?

RN Ancient oriental Chinese and Indian cultures predate Western medicine, with thousands of years of experimental testing of herbs and extracts that only recently are being examined by Western medicine. More cooperation between East and West could be very fruitful. Okinawan and southern European diets need much more exploration, but they appear promising. Also, coenzyme Q10, carnosine, carnitine and turmeric (a key ingredient in curry) are interesting supplements to consider.

The big problem in the Western diet, however, is too much sugar in all forms. And we should switch to healthy oils (omega-3, olive, salmon, walnut, flaxseed and almond).

GS We’re bombarded with studies about how to stay healthy, and to lay people they can seem contradictory. It doesn’t help that the media often oversimplify the findings of such studies, but the effect is that some people may entirely abandon any attempt to cultivate healthy habits simply because they’re so confused by what they hear. For instance, we’ve heard the recommendation that wine and/or other kinds of alcohol can help lessen the effects of arterial aging, but then we hear of studies claiming that alcohol increases the risk for certain cancers. How does the average person—who perhaps doesn’t have the time or expertise to analyze and compare the studies—reconcile the seemingly contradictory advice?

RN For those readers who have some college chemistry background there is a technically detailed book by Caleb Finch, The Biology of Human Longevity. And a couple of lay books may be useful for adding several good years: The Real Age Makeover by Michael Roizen, and The UltraMind Solution by Mark Hyman. In both books, recommendations focus on moderation in eating and on exercise. Our bodies are already fighting extremes. Finding the proper balance is a continuing challenge.

“Our bodies are already fighting extremes. Finding the proper balance is a continuing challenge.”

A simplistic summary of these books recommends an extreme cutback in use of fast sugars, an increase in healthy oils (omega-3 fatty acids), an increase in physical activity (for example, a half-hour daily walk), roughly seven hours of good sleep daily, becoming health-aware with preventive behavior, reading up on health issues, and communicating with your doctor.

GS Let’s say we can figure out the biology of becoming physically immortal. But what if we don’t figure out human relationships? What happens if we wipe each other out in wars before we get there?

RN One of the factors in determining whether there’s life on another planet is extinction. We get to the point where we blow ourselves up, and civilization doesn’t last too long. It only takes one idiot now to blow up the world. We didn’t even have that power a few decades ago. So you are correct: we have to learn how to understand human behavior and see what it is that causes us to go awry.

And that’s another good problem to work on!