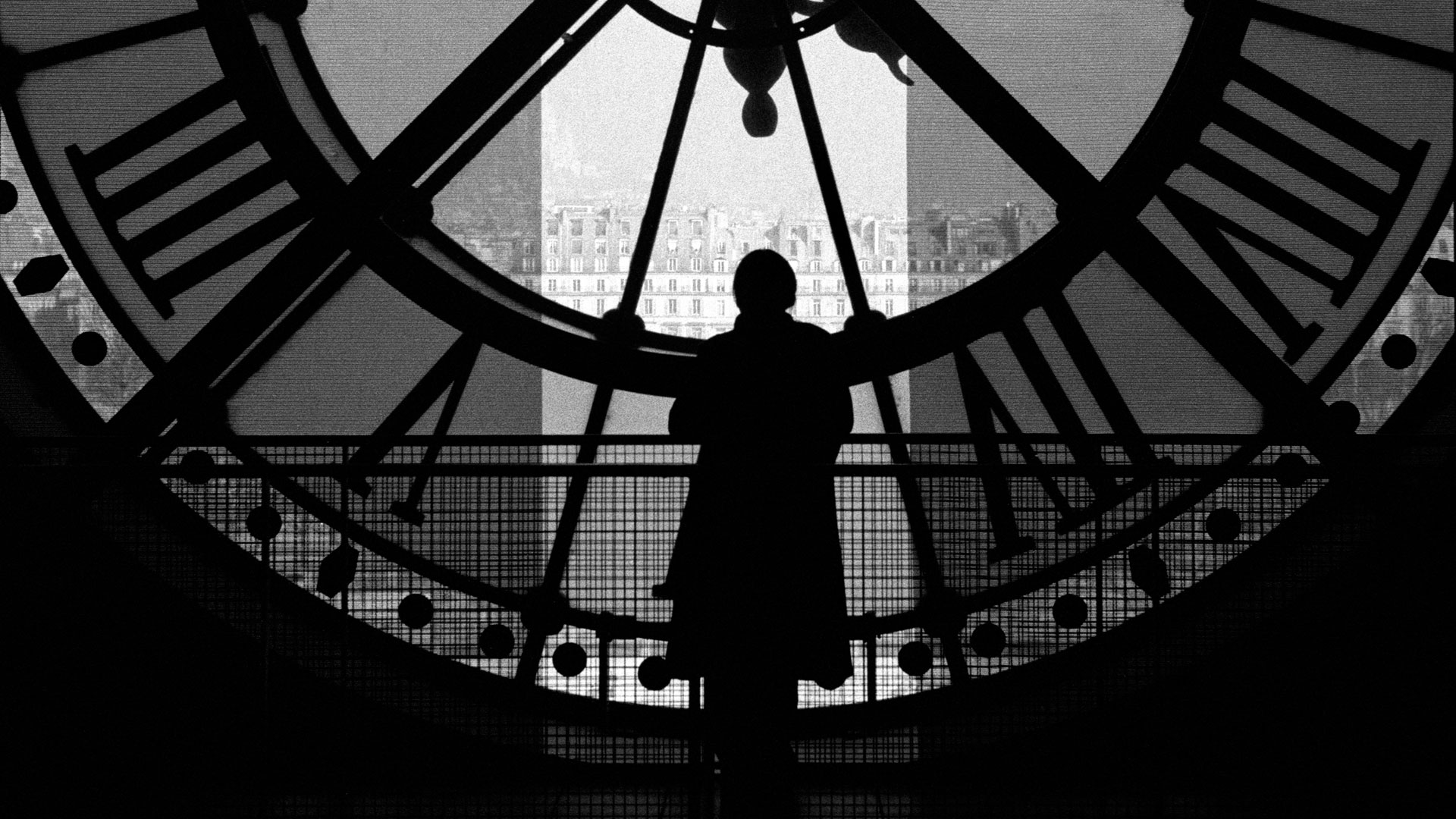 While it is easy to define death as the cessation of life—and one can give it some sort of quasi-molecular, biochemical equation—even the concentrated effort of our best science has not revealed a definitive cause. Rather than a dark ghoul in a tattered robe, death is a many-headed hydra breathing a host of viral suspects ranging from too many calories, subcellular dysfunction, the wearing away of the telomere, erratic protein folding, and the FOXO3A gene, to one’s personality, sense of happiness or spirituality, the target for the magical antiaging bullet is ever moving. If physio-chemical immortality is to be achieved, even the laws of physics may need to be overcome.

Leonard Hayflick, past President of the Gerontological Society of America and Professor of Anatomy at the University of California, San Francisco, has studied aging for more than 40 years. He concludes that the laws of thermodynamics set up an impenetrable barrier to immortality. Because the physical atoms and molecules at the core of the living process are in dynamic flux, he says they simply cannot be held together indefinitely. In fact, he points out, the biochemistry of life requires the constant turnover of atoms. Eventually, as the hands of time advance, the energy that bonds even the most stable molecules will dissipate and structure will be lost. “This instability is the hallmark of the aging process,” he says.

Writing in PLoS Genetics, Hayflick outlines the connection between aging, reproduction and evolution. “The prevention of chemical bond breakage, among other structural changes, is absolutely essential for life. Through evolution, natural selection has favored energy states capable of maintaining fidelity in most molecules until reproductive maturation, after which there is no species survival value for those energy states to be maintained indefinitely.”

Although the apostle Paul knew nothing of modern thermodynamics or evolutionary theory, he made a similar comment in his letter to the Romans: the creation groans in the futility of decay. He wrote of a hope of restoration that would transcend physics (Romans 8:19–21; Acts 3:21). He would likely have agreed with Hayflick’s assessment that “longevity determination is an entirely different process from aging and is independent of it.”

Going to the Stem Cell Well

Nevertheless, researchers are investigating an array of biochemical fixatives that propose to increase longevity. Among the emerging biotechnologies that seem to offer hope for extended life is the use of stem cells. Aubrey de Grey, editor of the journal Rejuvenation Research, notes that here is one of many examples where old-guard expectations of slow medical advance are jumping forward. In a 2008 editorial he wrote, “Stem cell research is, in fact, remarkable for the frequency with which rates of progress outstrip most experts’ prior expectations.”

In this regard, Vision previously reported regenerative medicine specialist Steven Minger’s caution. Minger, director of the Stem Cell Biology Laboratory at Kings College, London, and editor of the journal Regenerative Medicine, noted that a fast turn-around time from laboratory bench to clinical use was an over-hyped possibility (see our Special Report: The Stem Cell Question).

Minger’s focus at the time was on the use of human embryonic stem cells. In the face of the U.S. ban on federal funding for research, Minger was not alone in believing that progress would be stalled for the duration of the Bush administration. Scientific, political and ethical opinions were running hot at the time, since many great expectations for healing were built on the basis of believing stem cells would need to be cloned in an embryo-making process in order to make patient-compatible cells. “Until just 2 years ago, the best bet for this was somatic cell nuclear transfer, a hugely elaborate and tricky technique,” de Grey noted in his editorial.

For example, after tinkering for almost a decade with embryonic stem cells, the biotech company Geron has finally brought its neural regenerative cells to clinical trial. (As of August 18, 2009, this trial was put on FDA hold pending study of nonclinical animal data, according to Geron.)

Designed to repair spinal cord injuries, they may ultimately prove successful in restoring nerve function in patients with a very specific upper spine injury. But the manufacturing process for these cells already appears to be obsolete, in some ways, due to breakthroughs in cell reprogramming.

Nevertheless, while many hope that a more complete understanding of our genomics will be our antiaging silver bullet, Hayflick calls the idea of “antiaging” oxymoronic. Anyone who hopes that solving the aging process through genetic manipulation has, he writes, completely missed the mark. “Just as a blueprint is vital to manufacture a complex machine and contains no information to cause the aging of the machine, the genome is necessary to govern biological development and maintenance but unnecessary to cause the animal’s aging.”

Whether animal or machine, each eventually fails because the physical pieces ultimately lose what he calls their “molecular fidelity” and come apart. “Because genes do not drive the aging process, an understanding of the human genome, even beyond what is known today [in 2004], will not provide insights into a process that is random and thermodynamically driven.”

Problems in the Powerhouse

“Aging is a fundamental property of all matter both living and inanimate,” Hayflick continues. “Intervention in the aging process borders on the likelihood of violating fundamental laws of physics.” Still, his viewpoint has not dissuaded others from looking for ways to mitigate the more obvious factors contributing to aging. For instance, several decades ago it was recognized that when cells divide and reproduce, a small section at the end of each chromosome is lost. These segments, called telomeres, shield the upstream genes from damage. Depending on their length, some cells will be able to repeat many cycles of division; others fewer. In the end, cell death or apoptosis occurs. Stem cells as well as cancer cells utilize particular enzymes to restore telomeres. This then imparts a kind of cell immortality that might indeed slow some degeneration.

But loss of telomeres is not the only barrier to the long life of a cell. One of the weak links in the operations of the cell is the component that converts the energy of food into the chemical energy of the cell. This part is the mitochondria: the cell powerhouse. Like any power station that runs on a combustion process, the mitochondria takes in high-energy-content molecules, such as sugars, and burns them using oxygen. This produces heat (which keeps our bodies warm), the carbon dioxide we exhale, and the new high-energy molecules (called ATP) that drive all of the other biochemical reactions necessary to maintain the metabolism of life. The process is called cellular respiration.

In youthful mitochondria, the process is very efficient. But as they age and their own genomes degrade (mitochondria reproduce themselves with each cycle of cell division), the oxygen-handling reactions grow weary. We tend to think of oxygen as a vital substance, and while it certainly is, it is also a very volatile substance; untended oxygen atoms or “free radicals” cause damage to other cellular components.

When all is working well, the oxygen we inhale becomes joined with hydrogen and is exhaled as water. But when the mitochondria begin to fumble rather than catch the so-called “free radical” oxygen atoms, they are left to interfere with other cell chemistry. Our failing symbiotic relationship results in the proverbial “can’t live with ‘em, can’t live without ‘em” biochemical quandary. According to researchers at the Complutense University of Madrid, “The available evidence shows that long-living vertebrates consistently have low rates of mitochondrial free radical generation, as well as a low grade of fatty acid unsaturation on cellular membranes, which are two crucial factors determining their ageing rate.”

One must remain hopeful that these discoveries and others still in the making will one day afford us better health even if not longer life. Hayflick is certainly not the longevity optimist that de Grey is. “I think it’s unlikely,” he writes in How and Why We Age, “that the fundamental processes of aging and life span determination will be understood in the near future. Furthermore, I suggest we view this as a blessing in disguise, because it gives us an opportunity now to address the consequences of tampering with the processes of longevity and aging before citizens are confronted with a fait accompli.”

To attain de Grey’s longevity escape velocity (LEV) would seem rather a good thing, something to welcome rather than “confront.” To Hayflick, however, the whole enterprise is grasping at a lifeline that will always drift away, like chasing a loose balloon, just beyond our fingertips.

What we really want, he suggests, is not turning back the hands of time but simply retaining optimum health. And that is something that is not out of reach. “If our society would learn to value old age to the same extent as we presently value youth, then the drive to slow, stop, or reverse the aging process would be as unthinkable as intervening in the developmental processes of our youth. What is desirable, and demonstrably attainable at all times in life, is the prevention or resolution of pathology.”