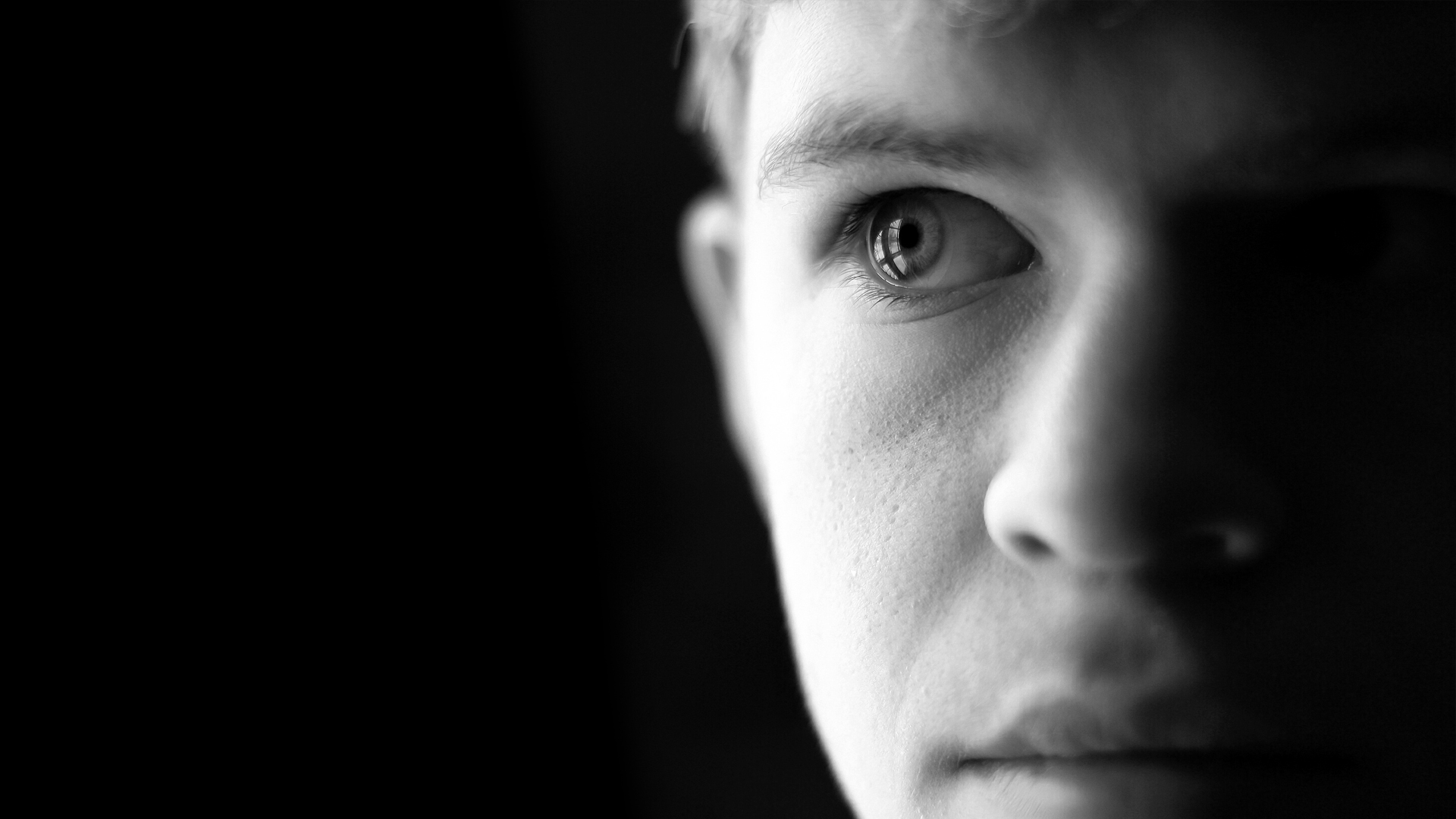 Terrorism is certainly not a 21st-century phenomenon, but it has intensified in recent years. According to the Global Terrorism Database, from 1970 through 2015 there were 156,772 terrorist incidents worldwide. Needless to say, that number keeps growing.

As the scourge continues, terrorism is now described as “the new normal.” In today’s world, attacks can happen anywhere thanks in part to terrorists’ widely used “soft target” strategy—singling out targets that are relatively unprotected and thus highly vulnerable.

After the calculated attacks in Paris in November 2015, Jean-Charles Brisard, chairman of the French Center for the Analysis of Terrorism, confessed, “My profound conviction is that unfortunately we need to get used to living with this new threat. It’s permanent, it’s diffuse and it can erupt at any moment.”

In the hours following the brutal June 2016 attack in Orlando, Florida, FBI director James B. Comey described the challenge of identifying those who are already radicalized as “looking for needles in a nationwide haystack”; those who may become radicalized, he said, are like “pieces of hay [that] might someday become needles.”

The sobering reality? There are many such haystacks around the world. For example, France’s fiche S or “S file,” a list of people that authorities believe have been radicalized, is said to comprise 10–11,000 names. In truth, no one knows where or how many terrorists there are, how many are being groomed, or where their violence will be unleashed next. Still, that doesn’t mean the rest of us are helpless.

So how do you prepare for the unexpected violence of a terrorist attack? The ability to gather and process information accurately from our surroundings is the backbone of a discipline referred to as situational awareness, a learned skillset that law enforcement, military, private security firms and, increasingly, individuals have come to depend on.

Briefly stated, situational awareness is a mental assessment–action toolbox, enabling mindful observation of surroundings and assessing their normality or abnormality, the potential for harm to occur, and opportunities to avoid being a target. It’s another way of stating an old proverb, “A shrewd [or prudent] person sees danger and hides himself, but the naïve keep right on going and suffer for it” (Proverbs 22:3, New English Translation). In our distraction-heavy world, the naïve would include the many who tune out their surroundings and tune in to their device or pastime of choice, being unaware of potential danger until it’s too late. Today more than ever before, inattention has its price.

“Please don’t let them make you work into a state of anxiety that is disabling. Find ways to channel that into a healthy awareness of your surroundings, and live your lives.”

The life work of US Air Force colonel John R. Boyd (1927–1997) took the complexities of situational awareness in a wartime combat setting to completely new heights. His strategies are still widely used in military, law enforcement and, more recently, business.

Though far more complex than often portrayed, Boyd’s “OODA Loop” can be boiled down to four key components that provide a useful framework for individuals as well.

Observe, orient, decide, act. Because what is assessed is ultimately acted on, the situation constantly changes, requiring continual observations, reorientations, decisions and actions—hence the loop.

But are things really so bad? The Foreign Policy Research Institute attempts to answer that question. In “Is the World Getting Safer—or Not?” authors Frank Hoffman and Ryan Neuhard note: “An era of declining violence that began with the end of the Cold War has ended. A new era has arrived, with new power struggles, ancient hatreds, and new technologies.” They advise “a prudent sense of awareness” as we navigate our increasingly factious world, recognizing “the potentially grave consequences that may emerge.”

Among the “dark forces” they identify as potential drivers are “disruptive technologies” and “violent extremist organizations,” the combination of which is particularly troubling. “Our age is replete with potentially disruptive sources of innovation that will change how societies fight. . . . As extremist groups embrace emerging technologies, the potential for disruption and violence may increase further.”

Disruption is the goal of terrorists. “Political violence . . . to provoke shock and terror is on the rise, and has been for some time.” Terrorist organizations “are filling security vacuums and exploiting political dissatisfaction.” Competition “with regional factions and each other for media attention, funding, and recruits” explains the rise in “the frequency and lethality of their use of terrorism.”

“The notion of a strategically benign world of unparalleled security is unfortunately still distant and growing dimmer.”

Echoing his own concerns about our “new normal,” Klaus Schwab, founder and executive chairman of the World Economic Forum, observes: “We stand on the brink of a technological revolution that will fundamentally alter the way we live, work, and relate to one another. In its scale, scope, and complexity, the transformation will be unlike anything humankind has experienced before.” He’s referring to the digital revolution that began in the last century, which “is characterized by a fusion of technologies that is blurring the lines between the physical, digital, and biological spheres” and “is evolving at an exponential rather than a linear pace. Moreover, it is disrupting almost every industry in every country.”

In the spectrum of potential opportunities and challenges for business, government and people, he sees more innovation but also increasing inequality (“the greatest societal concern associated with the Fourth Revolution”) that will lead to increased social tensions; marginalization is a known factor in the process of radicalizing potential terrorists. Schwab wonders “whether the inexorable integration of technology in our lives could diminish some of our quintessential human capacities, such as compassion and cooperation.”

He concludes with an assessment—or orientation—that reflects equal parts optimism and caution: “There has never been a time of greater promise, or one of greater potential peril.”

Though we live in an age of unprecedented progress, the disruption affecting so many lives makes developing situational awareness skills a necessity. When it comes to terrorist threats and personal safety, it is critical: the prudent take refuge, the naïve suffer.

Today’s sobering realities should encourage us to step back and take stock of the times in which we live. (Observe. Orient.) It is a time of disruption and violent conflicts, from small to very large, affecting nearly every nation on earth in one way or another. What can or should we do in the face of such realities? (Decide. Act.)

If we’re surprised at the speed with which our world seems to be foundering, we shouldn’t be. From a great distance, the prophets of old forecast such times of peril. Jesus Christ, too, in answer to penetrating questions from His disciples, explained that after His death world conditions would deteriorate so much that, but for supernatural intervention, it would lead to the destruction of all life.

“For then there will be great tribulation, such as has not been since the beginning of the world until this time, no, nor ever shall be. And unless those days were shortened, no flesh would be saved.”

That’s a hard pill to swallow given the undying confidence we have in our own capabilities. While there are those who claim that the world is not falling apart, Jesus clearly said that wars and rumors of wars, with nation rising up against nation and kingdom against kingdom, were only the beginning of sorrows to come. And they would be accompanied by other devastating troubles, including food shortages and famines, pestilences and earthquakes (Matthew 24:6–8).

The pages of the Bible show global events reaching a climax amid a strange mixture of various profitable luxuries of every sort, as well as the hardware of war, yet also merchandising in the “bodies and souls of men” (Revelation 18:11–13)—human trafficking, including mass enslavement to an unsustainable economic system.

We don’t have to approach the difficult times ahead in ignorance. While Boyd’s OODA loop is useful, the Bible offers its own instruction to observe, orient, decide and act based on God’s perspective.

The Scriptures can be a great source of clarity and direction, encouragement and hope in these troubled times. But what makes the gospel message especially good news is that intervention will come and finally put an end to terrorism and every other ill confronting humankind today. As the prophet Micah foretold in Micah 4:3 (New International Version), God “will judge between many peoples and will settle disputes for strong nations far and wide. They will beat their swords into plowshares and their spears into pruning hooks. Nation will not take up sword against nation, nor will they train for war anymore.”